The much awaited look of Aishwarya Rai Bachchan on the red carpet of Cannes Film Festival 2019 wowed the crowds in her golden outfit.

It's reported that the look was 'all about the drama'

Aishwarya once again did not disappoint all of her fans eager to see her at Cannes 2019. Social media was in a frenzy waiting to see what she would wear this year.

Having perfected the art of walking the red carpet in incredible fashion creations, Aishwarya Rai Bachchan appeared in a gorgeous off-the-shoulder gown.

She wowed the crowds with the fish-cut styled dress of a dual-toned metallic hued in golden-green, a couture piece created by Jean-Louis Sabaji.

The dress was finished with a long folded trail of patterns. It’s reported that the look was ‘all about the drama’. 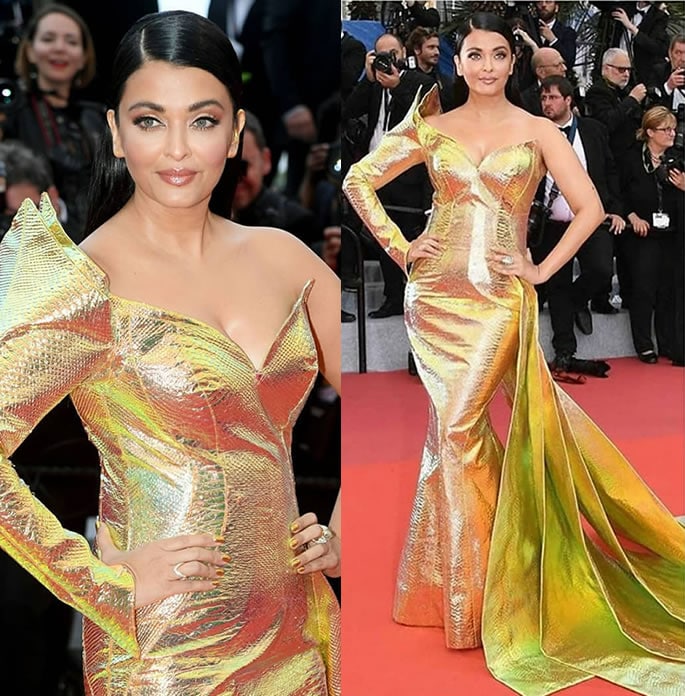 The low neckline dress featured cut-outs with the look of leaves on the close-fitting upper part, covering the chest and back above the waist.

The fabric of the dress overall symbolised a snakeskin texture.

Aishwarya interestingly did not accessorise her gorgeous gold look with any major jewellery except sparkly studs and two rings from the collections of Boucheron, thus, ensuring all eyes were on the stunning gown. 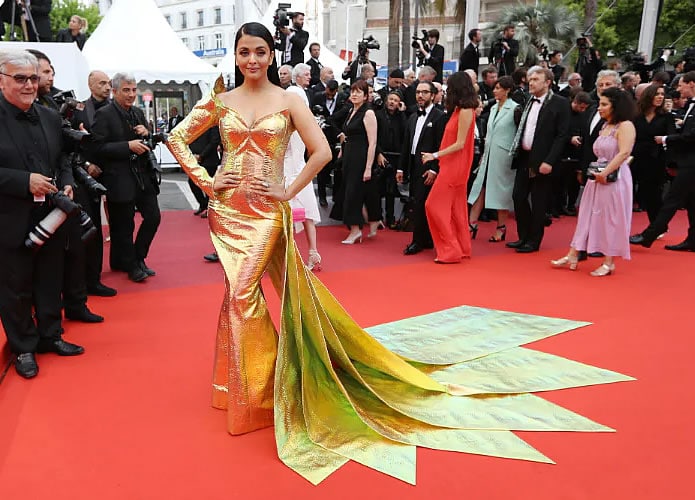 For her makeup and hair, she kept the look simple too. Her poker straight hair was accompanied with minimal makeup consisting of yellow eyeshadow, dense mascara and nude matte lipstick.

Adding to the look she wore golden glitter smeared on one ear and golden nail varnish on her fingers.

Overall, the breathtaking ensemble captured everyone’s attention and hearts as she lit up the French Riviera. 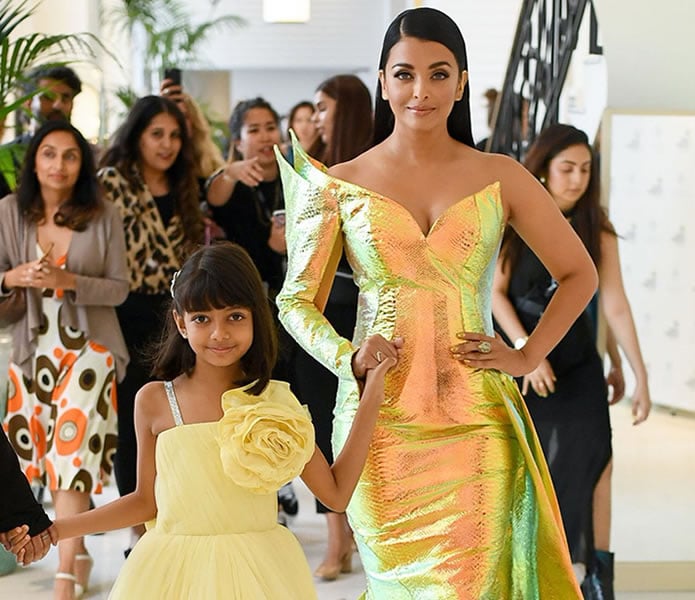 Aaradhya Bachchan, her daughter, also joined her mother at the festival. She accompanied her leading up to the red carpet. She wore a tulle asymmetrical dress in a lemon hue.

Aishwarya Rai Bachchan’s appearance at Cannes 2019 is as brand ambassador for L’Oreal.

Fellow ambassador Deepika Padukone also made her statement on the red carpet with her individual style at Cannes 2019.

Each of them brought the individuality of their styles to the event and amazed fans and onlookers.