It’s been 15 years of Aishwarya Rai Bachchan at Cannes. Known for setting the red carpet alight with her beauty, Ash has enjoyed some wonderful moments.

"my first experience was truly memorable and exceedingly special"

2016 will mark her 15th red carpet appearance. Queen Ash has had an interesting decade and a half at Cannes.

2002 was the year when she first debuted at the film festival to promote the critically acclaimed Devdas with Shahrukh Khan and Sanjay Leela Bhansali.

The epic romance was itself an iconic film, which helped to propel Indian cinema into the West. In a recent press interview, Aishwarya recalls her first ever visit to Cannes all those years ago:

“I would definitely say that my first experience was truly memorable and exceedingly special. It wasn’t for an individual but the entire team of Devdas and it meant a lot to us because it was quite unexpected.

“Because we were showcasing our film and getting that kind of reception that we did was truly overwhelming. 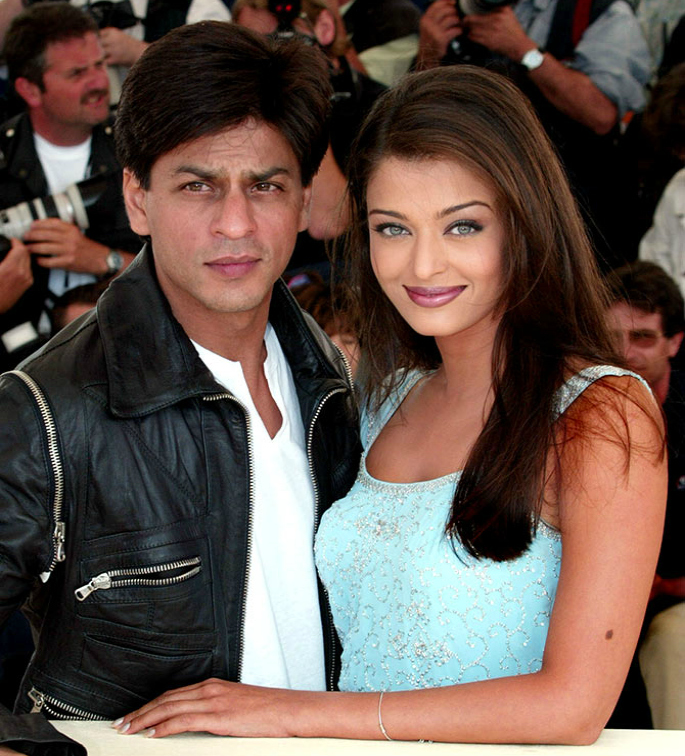 “So the first makes it so memorable imagine to have first experience and one like that so that is something and I don’t think anyone in the world can take away from us and that is something that will always make us feel thankful for having that experience for us to cherish and recount forever.”

The world soaked in the rays of Ash’s elegance and beauty, and it was evident that the young actress would become an international star. But while the ‘world’s most beautiful woman’ dazzled with her effortless charm, the same couldn’t be said about her red carpet choices.

Ash decided to keep it Eastern for her first red carpet appearance in a bright yellow Neeta Lulla sari.

The jarring yellow was a bad colour choice, made more extreme by the heavy gold jewellry draped around her neck. Fashion critics were not happy with the young diva’s choice.

The Neeta Lulla fashion style continued as she was a close friend of Ash’s, but sadly the outfit choices didn’t improve.

In 2003, Ash wore a lime green sari and unflattering topknot. In 2004, she moved away from the ethnic attire, and her revealing white diamante gown and wavy brown locks were a significant improvement on previous years. 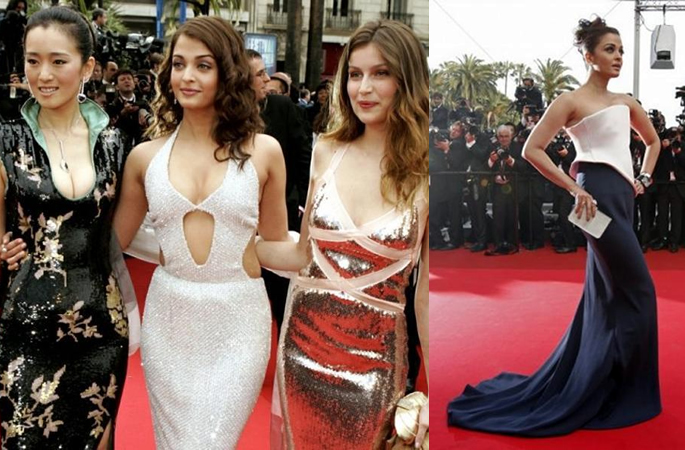 In 2005, Ash finally grew out of her tacky outfits and a glamourous and chic diva was reborn. The actress decided to opt for Western designers and they certainly paid off. On her first red carpet appearance that year, she wore a fun Giorgio Armani printed dress with sleek long hair and minimal makeup.

Her next look was a black Gucci halter neck with sheer lace detailing and black ribbons. She looked effortlessly beautiful with hints of diamonds and black velvet pumps.

In 2006, the natural beauty opted for black again, this time for the premiere of The Da Vinci Code. The strapless tassel number was both fun and elegant.

2007 was a big year for the actress, having married Bollywood star, Abhishek Bachchan. Ash opted for a silver white strapless Giorgio Armani gown and a diamond choker necklace. Of course her best accessory was hubby Junior Bachchan. 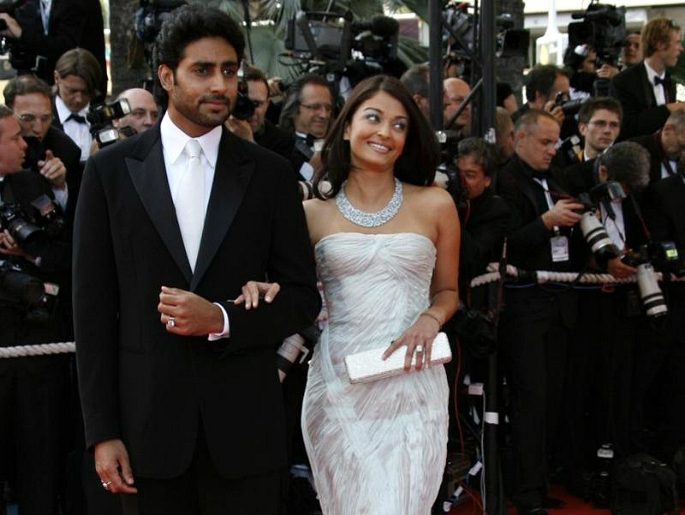 By 2009, Ash had finally grown and matured into a fashion icon, and her glamorous outfits saw a more well thought out ensemble of beauty, style and glamour.

A white strapless ruffled gown with a short train by Roberto Cavalli and classic up-do looked divine, as did a blue-grey off-shoulder number from Elie Saab. In 2010, she even returned to the Indian look, this time in a stunning sequined Sabyasachi sari.

One of her most iconic looks was a geometric Armani Prive dress which she teamed with smoky eyes in 2011.

While Ash was beginning to improve on her fashion choices, critics were still brutal about the actress’ weight gain post-Aaradhya.

2012 saw her first appearance after giving birth. While she glowed in a delicately embroidered grey Elie Saab number, she was heavily body shamed.

Her cream-coloured chikankari Abu Jani-Sandeep Khosla sari with an embroidered jacket was not much better and this was certainly a challenging year on the style and fashion front.

Ash has continuously stated how little time she leaves to planning out her outfits, calling herself more of a ‘girl on the go’. In 2013, a sleeker Ash returned and resumed her position as a red carpet diva with Gucci and Elie Saab ensembles. 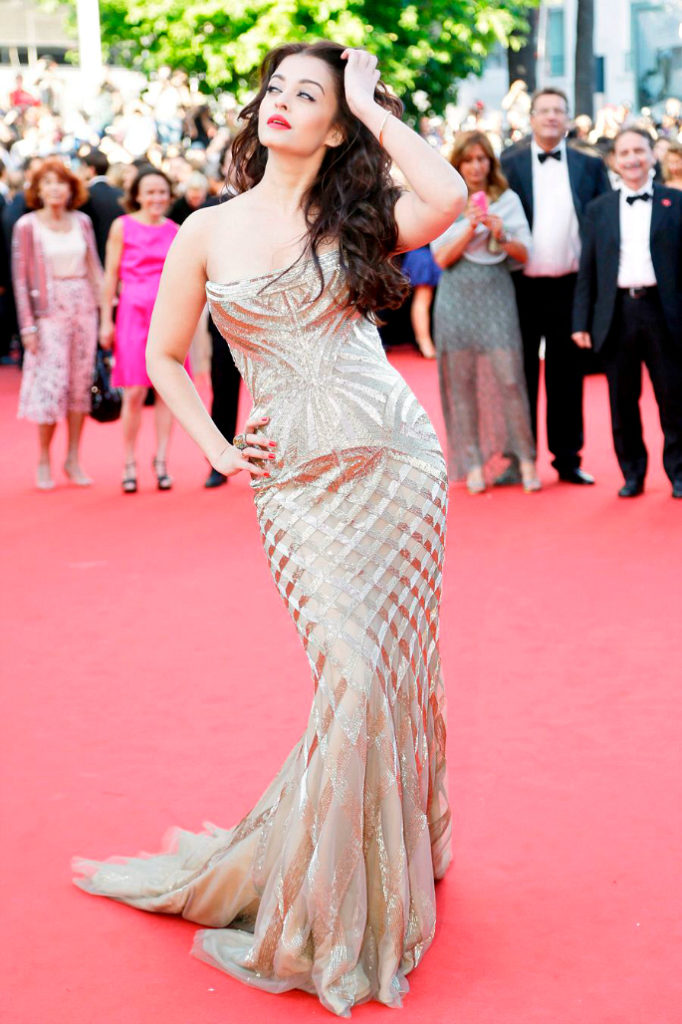 But no appearance quite shut critics up than her 2014 stunning Roberto Cavalli number.

The strapless figure-hugging metallic gold was sensational, and Ash looked like an ethereal mermaid drenched in gold. With red lips and tousled curls, Ash reminded us why she reigns supreme.

In 2015, Aishwarya delivered again, this time in an origami-inspired black and white Ralph & Russo gown. The pleated dress was loud and classy at the same and Ash’s side-swept hair added extra drama.

The 42-year-old is also a brand ambassador for L’Oreal Paris (which is celebrating 19 years as make-up partner for Cannes).

Throughout the course of her Cannes’ visits Ash has teamed up for special photoshoots with other celebrity brand ambassadors like Eva Longoria and Sonam Kapoor: 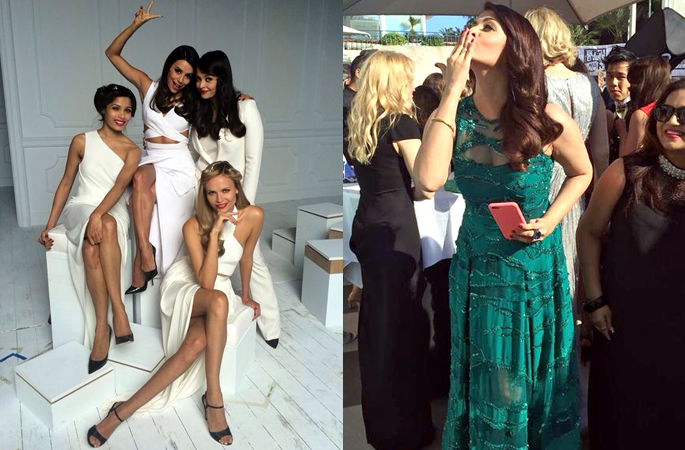 “It is an absolute privilege to represent L’Oreal Paris and India in particular at a platform that honours world cinema and beauty in equal measure.

“15 years with Cannes have gone by in a flash, and the journey has been immensely humbling and beautiful. I’ve treasured every moment at Cannes, and I’m ever so thankful to L’Oreal Paris, members of the Indian and World media, my well-wishers and my family for always making this such a memorable experience,” Ash says.

Sonam also applauded Ash on his 15 years, saying: “Congratulations Ash on 15 years of going to Cannes. I am sure this year is going to be as incredible as all the years before.”

Aishwarya Rai Bachchan will be returning to Festival de Cannes for 2016, appearing on May 13 and May 14. We can’t wait to see what this fashion diva surprises us with.

Images courtesy of AP and Reuters