American-Indian Anjuli Nanda wore two stunning outfits for her wedding. One was an outfit by Vivienne Westwood and the other was a beautiful red lehenga.

"I wanted to pay tribute to her."

A bride wore a gorgeous red lehenga and a classic white outfit by Vivienne Westwood for her Indian-English wedding.

Connecticut-based Anjuli Nanda got married to Charlie Diamond, from London.

The couple decided on Aynhoe Park in the Cotswolds as their wedding venue and had a weekend-long ceremony featuring an English wedding and an Indian one.

The festivities began with a traditional Indian wedding. The couple were aware that they can last for a week so they condensed several traditional events into one night.

It began with Charlie in traditional Indian attire on a horse accompanied by the Baraat of friends and family, who were dancing to the Dhol. 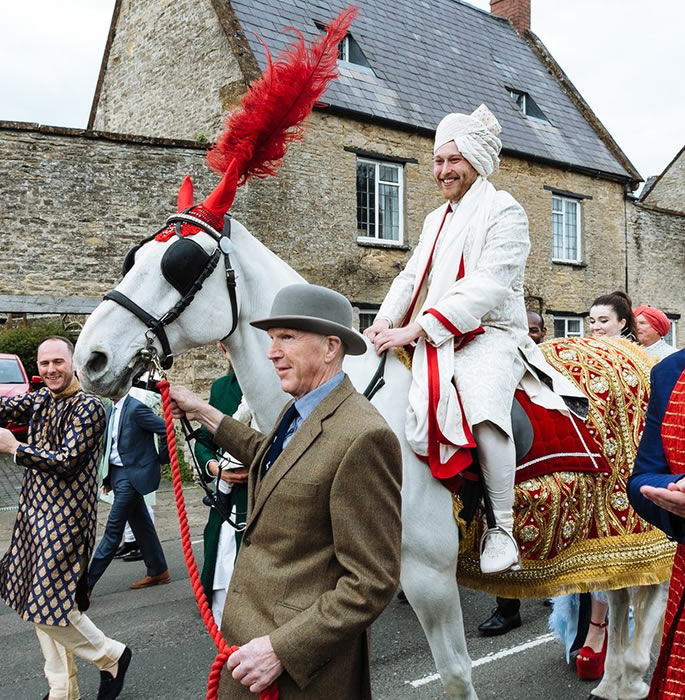 Upon his arrival at the venue, his family was welcomed by the bride’s family.

Anjuli said: “Six elder male members of my family exchanged garlands with his and embraced.”

Anjuli always knew what outfit she wanted to wear. She picked a red lehenga as a way of paying tribute to her mother. 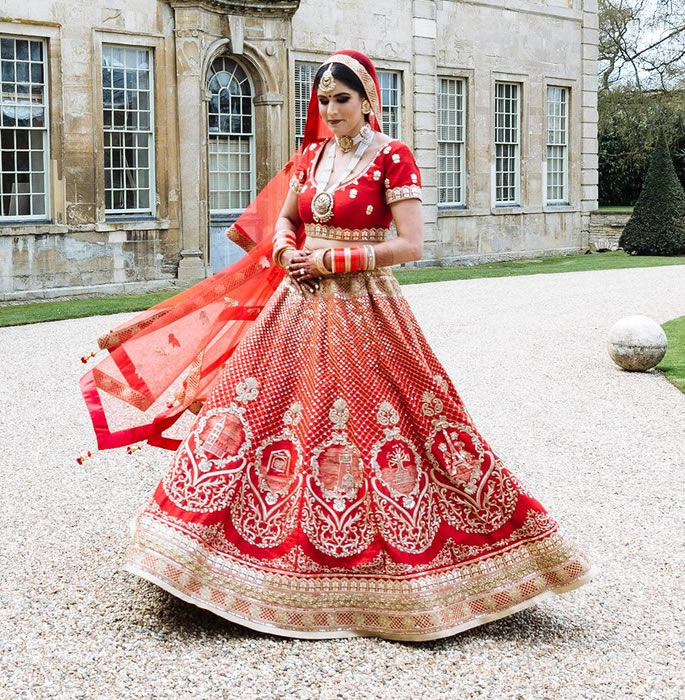 “My late mother wore red for her and my father’s Hindu ceremony, so I wanted to pay tribute to her.”

American-Nepalese fashion designer Prabal Gurung offered to design his first bridal lehenga for Anjuli as he is a good friend of Charlie’s family. 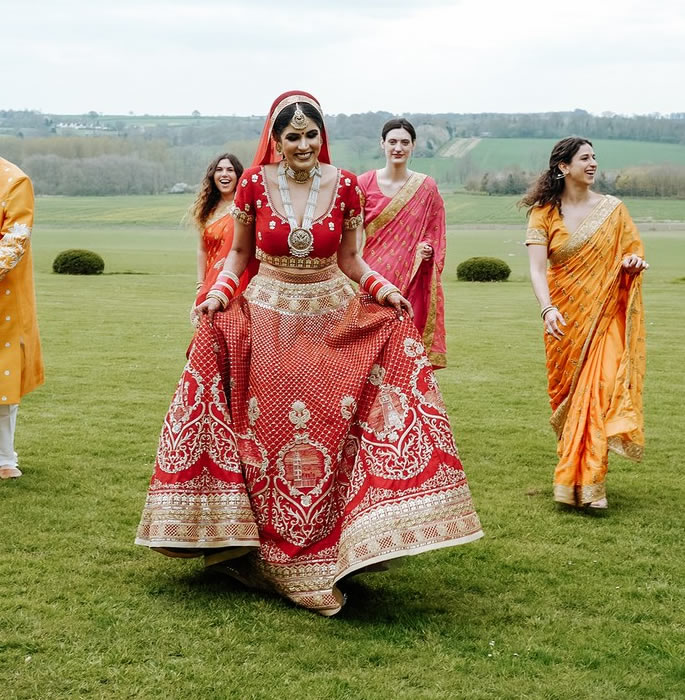 “It was a dream come true! He and his team worked tirelessly and created a true work of art.”

It was an intricate and unique design. The lehenga had eight panels featuring personalised symbols which reflected Anjuli and Charlie’s relationship.

This included their favourite bar, places to go and even their dog.

Anjuli wore her hair in a long braid with gold ribbon woven throughout, surrounded by fresh jasmine. 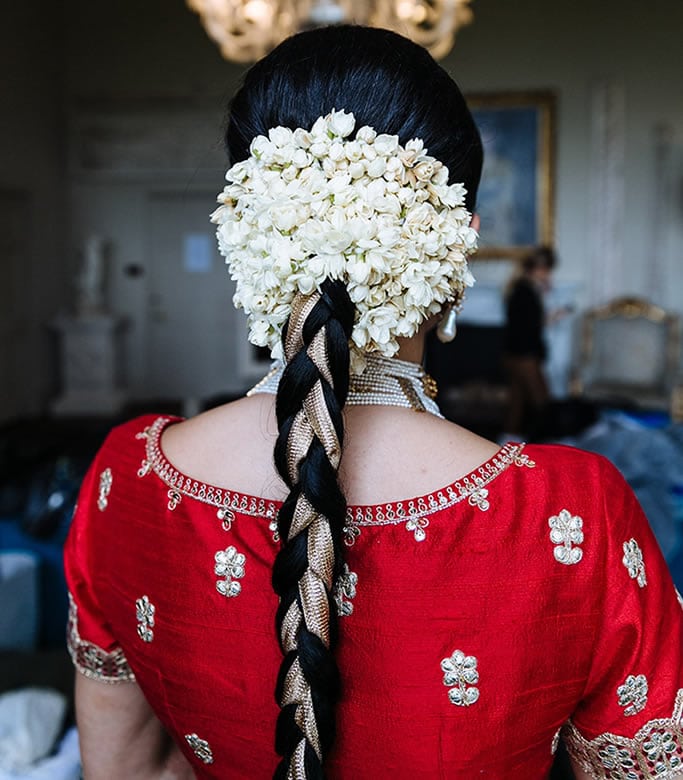 She mixed up her jewellery. Her necklaces and a set of earrings were by Anita Dongre, who also created an outfit for Charlie and his nephew Henry.

Anjuli wore traditional red bangles and added a few gold ones which belonged to her mother.

She finished her Indian look with another pair of earrings. This set was designed by one of her close friends, Jesse Lazowski. 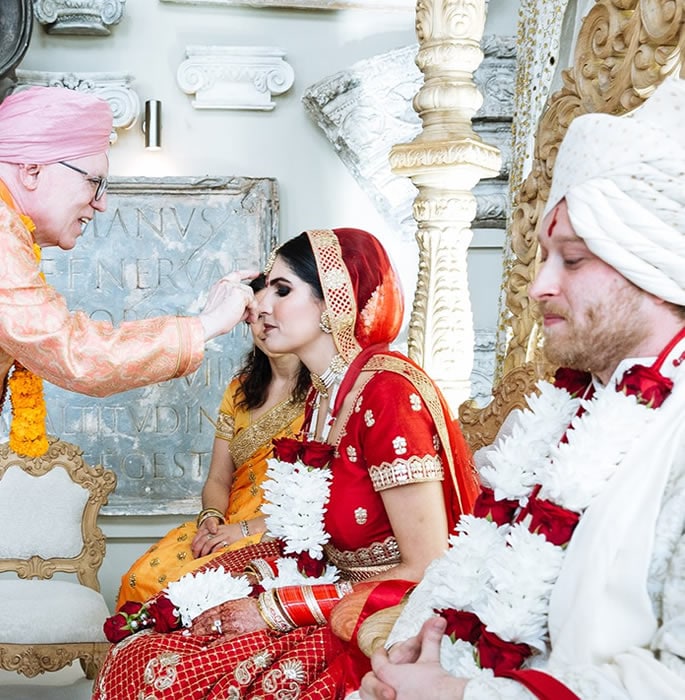 Anjuli explained: “One of the most special and sacred parts is the seven circles around a ceremonial fire that Charlie and I walked together, completing them as husband and wife.

“It was surreal and steeped in tradition. I felt exhilarated – we were along for the ride along with everyone else.

“When it was all said and done, I know Charlie felt relieved that he got on the horse successfully and the entire procession went smoothly.”

“My father made a welcome toast, thanking everyone for making the journey to celebrate with us.”

Dinner was followed by dancing, complete with Bollywood and bhangra music. 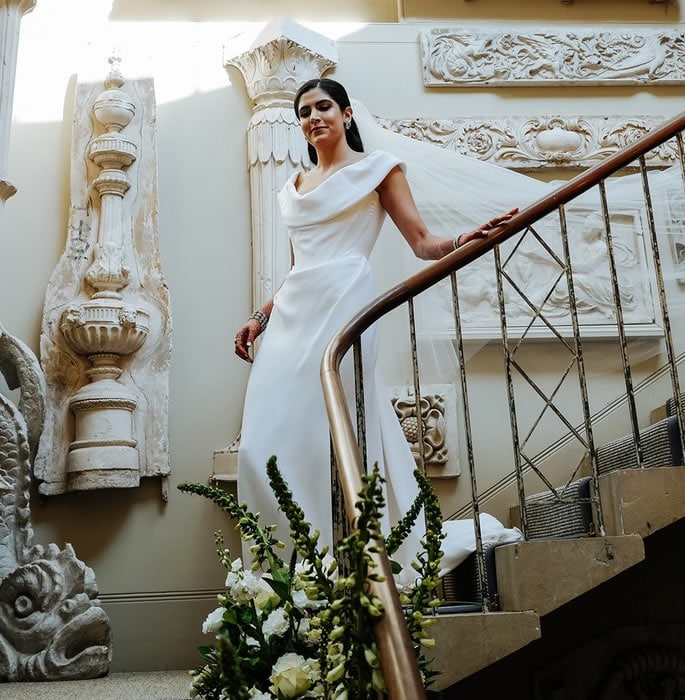 It was the English ceremony the next day and Anjuli wanted a British designer for her outfit. She couldn’t think of anyone but Vivienne Westwood.

“I worked with the Westwood team in London and New York for months to perfect the dress, and it exceeded my expectations.

“I felt strong, powerful, feminine, and most importantly, like myself.”

The Vivienne Westwood outfit was a classic white gown complete with a fitted corset. Anjuli also followed the tradition of wearing something old, something blue and something borrowed. 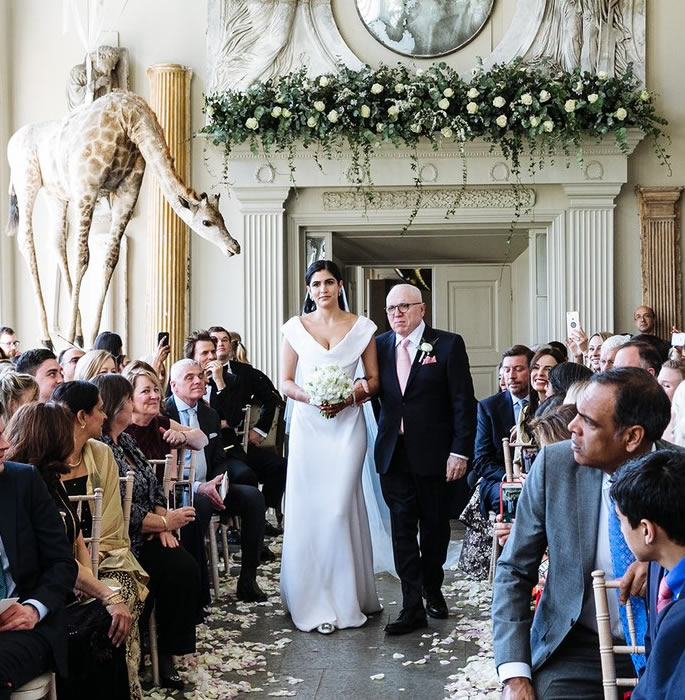 She wore her mother-in-law’s earrings, bracelets and trinity ring, her mother’s sapphire and diamond ring and her great-grandmother’s gold wedding ring.

Sasha White, one of Charlie’s oldest friends, conducted the ceremony. 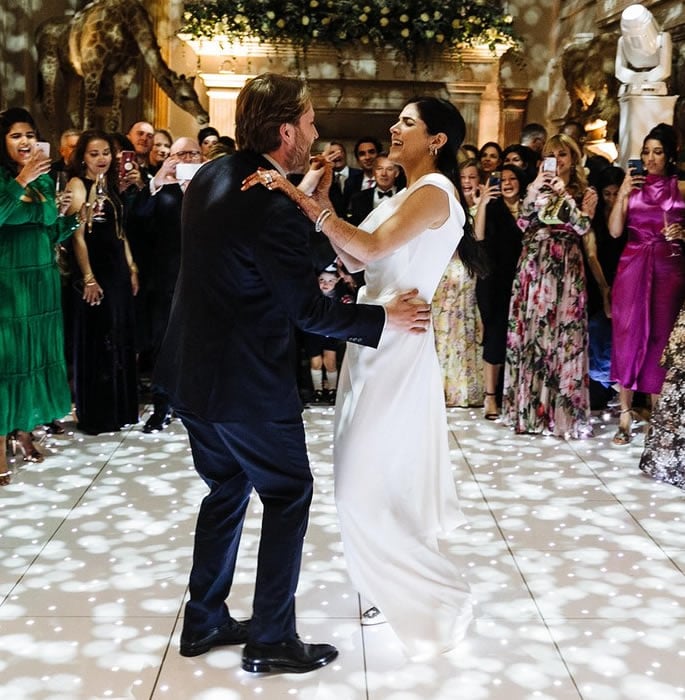 A champagne reception with music and dance followed the ceremony which was complete with several heartfelt speeches.

For the evening, Anjuli changed into a custom dress by Gurung for the wedding party. 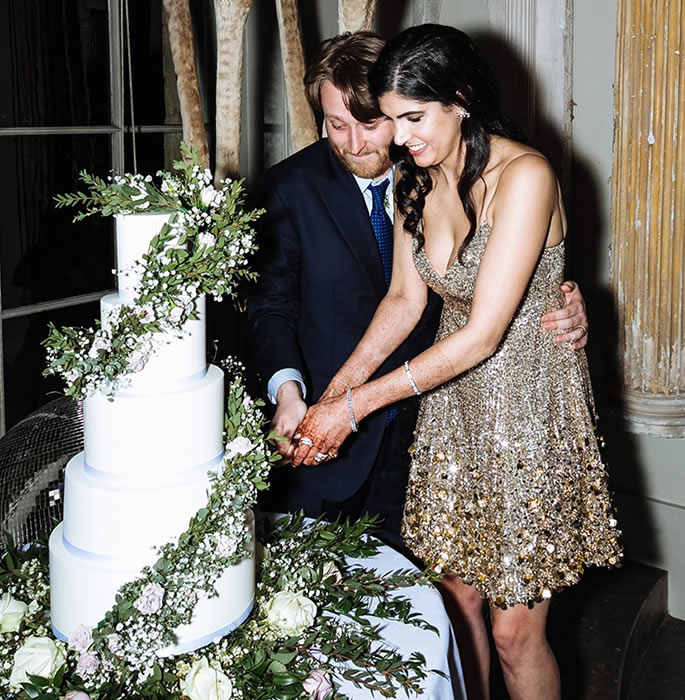 “I wanted something sparkly, and he absolutely delivered!

“It was the gold-sequined dress of my dreams! I chose to let my hair down – literally and figuratively – with the outfit and switched into Miu Miu gold and rhinestone platforms (that sadly, and perhaps symbolically, broke at the very end of the evening).”

Vogue Magazine reported that those who partied into the night moved downstairs to a nightclub in Aynhoe’s basement.

The wedding between Anjuli and Charlie was a memorable one and Anjuli’s outfits played a vital part with incredible photography by Nick Turner capturing them.

Her Indian outfit especially had an aura to it as she wanted to honour the memory of her mother.