An inspired Indian bride weaves the most memorable moments with her groom onto her wedding lehenga, and the result is simply stunning. Take a look!

"It was a bit worrying because we didn’t want it to come out comical."

When Kresha Bajaj decided to stitch her love story on her bridal lehenga, she had no idea she would be starting the next big Indian wedding trend.

The owner of fashion label Koëcsh married Vanraj Zaveri at the Leela Palace in Udaipur in March 2016.

Kresha told Huffington Post India how she had driven herself crazy trying to find the perfect lehenga for her big day:

“What was I going to do with a lehenga that would just sit in my closet, never to be worn again.”

As a fashion designer, Kresha was also keen to steer away from the conventional bridal wear: “I was afraid of wearing something totally traditional, without any edge.” 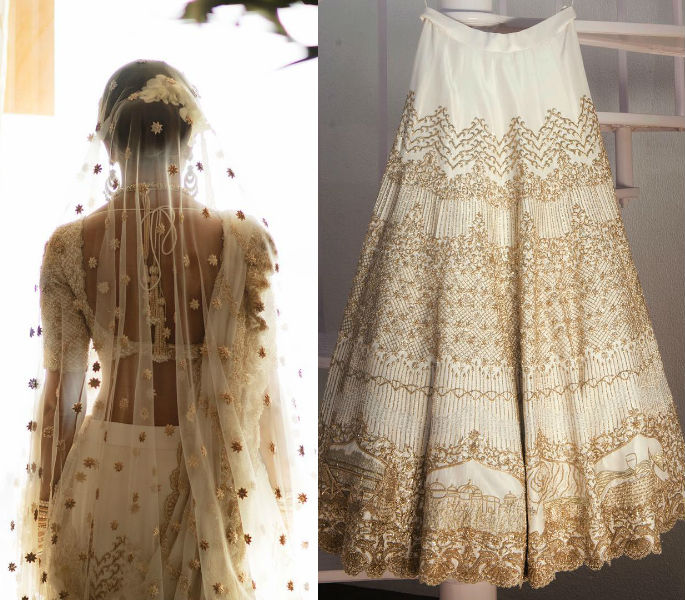 Then, she found inspiration from Adrienne Maloof – the star of reality TV show, The Real Housewives of Beverly Hills. She framed her wedding dress as an art piece in her walk-in closet.

Knowing that she wouldn’t have another chance to wear the distinct garment, Kresha decided to frame and hang it in her home in Mumbai after the wedding.

She said: “I thought it was a cool idea. Vanraj loves art, and I don’t because I get bored of looking at the same thing on my wall.

“But I didn’t want to get sick of looking at my wedding outfit. The nicest thing we’d never get bored of is looking at our love story, and that’s what I decided to put into my lehenga.” 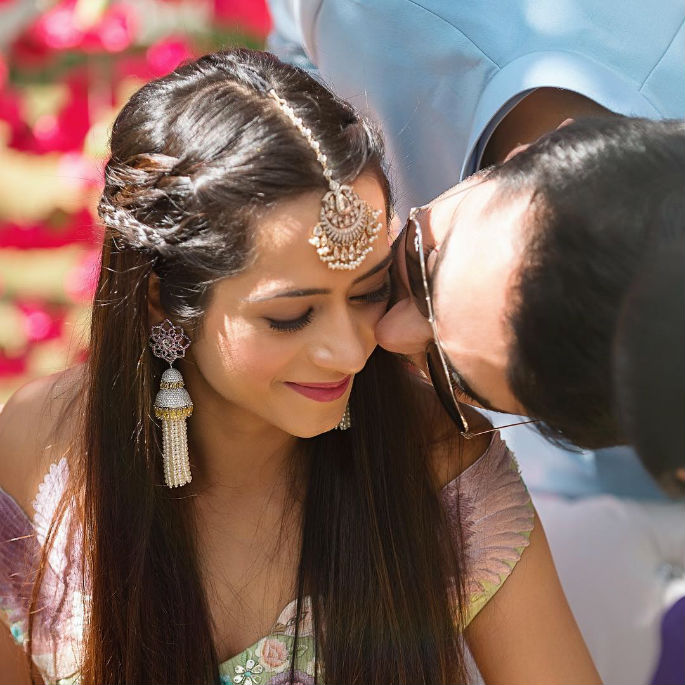 To achieve this up-hill task together, Vanraj helped choose the colour theme for the lehenga – white and gold.

The hem of the lehenga and duppatta are adorned with jumping dolphins, which are incredibly significant to the couple’s love story.

Kresha revealed: “Vanraj and I knew each other as kids but never really got along.

“In 2014, we found ourselves working on a project against dolphin captivity together, and that’s when we really connected.”

The lehenga even displays their proposal picture taken at the Maldives, while another scene captures their astounding but intimate wedding location at the Leela Palace.

The newlywed’s names have also been repeatedly decorated in a beautiful pattern on the garment. 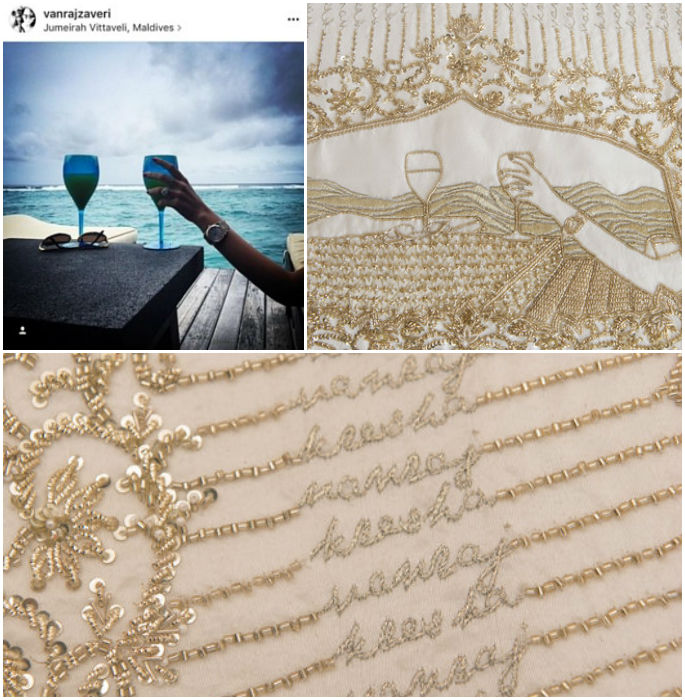 Kresha explained that this mammoth of a task wasn’t easy to process. She spent hours with the karigars who embroidered special highlights from the couple’s life together onto the fabric.

She said: “Initially, it was a bit worrying because we didn’t want it to come out comical.”

However, all her hard work was worth the effort, as the end product had everyone captivated, including Vanraj.

Kresha added: “Once I had this idea, I knew this would be the perfect way to express both the traditional and eddy sides as well as I can.” 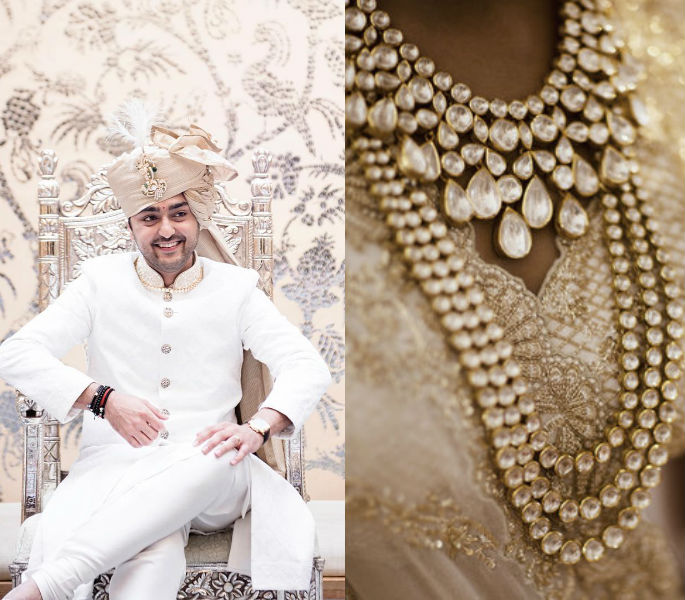 Their reception in Mumbai was a star-studded affair, as Kresha is the daughter of restaurateur Kishore Bajaj.

With a lot of public demand from the success of her design, the dynamic fashion designer has opened up a new service to offer similar customised bridal designs for new brides.

Enjoy more beautiful photos of Kresha and Vanraj’s Indian wedding in our gallery below: