Popular British Asian dating site, AsianD8, has been connecting happy couples for many years. They explain why the Punjabi caste system is outdated.

"I met my wife through AsianD8. I’m also glad that we were from so-called opposite castes”

When AsianD8 was founded, there were many staff debates on whether or not to allow members to select their caste preference when signing up to the site.

In the end, they decided against it. Caste simply did not fit the principles of AsianD8 or the team.

As Pali Banwait, Founder and Chairman of the company explains:

“I’m glad to say that I am happily married, and I met my wife through AsianD8. I’m also glad that we were from so-called opposite castes.”

The popular dating site believes there are two reasons a person might support the Punjabi caste system.

Firstly, because of what our parents believe and have instilled in us from birth.

Secondly, as some people may be so used to following the crowd, they cannot think for themselves about what is right and what is wrong.

“When I told my mother I wanted to marry someone from another caste it did not go down well. My whole family tried to get me to change my mind. I felt really let down by those closest to me.”

The engagement gave Pali the opportunity to educate his family. He believed it was simply about right and wrong. He felt he could change things for the better, for everyone.

Through his resolve, Pali founded AsianD8, after he and a group of friends took over a small speed dating company.

Together they turned it into what is now the UK’s largest British Asian dating community, with over 100,000 members and 200 events a year. An impressive outcome.

More importantly, the dating site does not discriminate according to caste, and users have the opportunity to meet people of all backgrounds.

Many British Asians do not have the confidence to stand up to their family when it comes to caste or religion, or what they truly want and need as individuals.

This is why AsianD8 now provides support and guidance, to make a real difference in the community and for their members.

Unlike other South Asian dating and marriage sites which put an emphasis on attributes such as caste and even skin colour, AsianD8 prides itself on adding value for its members irrespective of background.

In a recent poll on the dating site, 78 per cent of AsianD8 members agreed that religion and caste do get in the way of true love.

For some British Asians, caste differences can be a very worrying hurdle in which to overcome.

As one member of the AsianD8, Hari*, says: “I’ve I been told my partner has to be the same caste as me or ‘don’t bother’. But I’ve fallen in love with someone who’s from a different caste and now I’m stuck.”

While newer generations of British Asians are seeing some progress in their family circles, other parts of the Punjabi community are still resolute in their old ways:

“My family is relaxed about caste but my ex’s family weren’t. They threatened to kick him out it if he didn’t end our relationship,” says Raj*.

One of the key concerns surrounding caste difference and family disapproval is the damage it can cause to an otherwise happy and healthy relationship:

“I dated a girl from a different caste. My dad found out and didn’t approve. I tried to make it work but the negativity ruined the relationship, and we had to break up,” says Sunny*.

Some examples of family backlash are even more extreme, as Kam* recalls:

“I fell in love with a girl from a different caste. We tried to leave home together, and even had a baby, but my parents manipulated me into coming back. Now I’m having an arranged marriage with a girl who is the same religion and caste.” 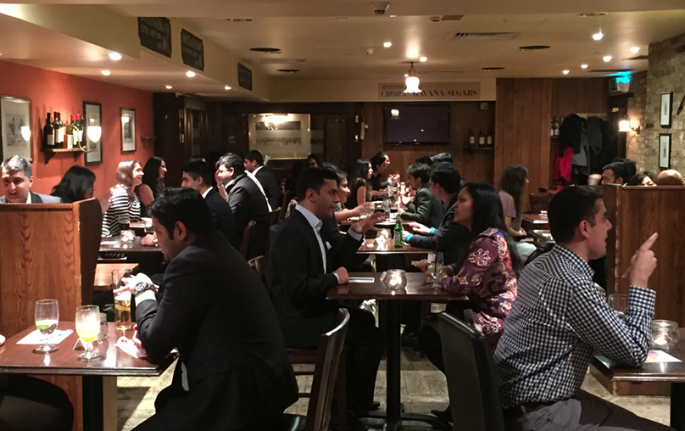 However, not all British Asians disagree with caste restrictions. Some British Asians actually find comfort in dating someone with a similar background and mindset as them:

“I’d prefer to spend the rest of my life with someone from the same caste. I feel more comfortable dating a man of my own caste as we’ll ultimately have the same views and mentality,” argues member Simran*.

“If someone is not the right caste I can’t even think about dating them,” adds Kully*.

Will this backward ideology pass onto our children, and their children?

Many people are too afraid to realise that in most families, the storm will be greater in their minds than in reality. Standing up for what you believe in can really make an everlasting change, not only to your life, but the lives of those around you.

One AsianD8 Facebook follower, Kiran* says: “The caste system was created by man. I tried telling my parents that. They disowned me. I’ve been happily married over a year.”

Not all British Asian’s should feel that they have to comply with caste restrictions in order to date or marry, especially if they don’t agree with them.

Multicultural Britain welcomes Asians to meet, interact and enjoy relationships with all kinds of different people, no matter their religion or their caste.

Pali, recalls from his childhood:

“I remember when I was a kid, telling my mother after leaving the local Gurdwara that I think the caste system is wrong and that I was going to prove it. Maybe it was destined to be so.”

With AsianD8, Pali may just have succeeded.

Has Brexit sparked a Rise in Racism in the UK?
Indian Bride stitches Love Story on her Lehenga