In a unique incident, an Indian bride was seen wearing panipuri ‘jewellery’ for her wedding. A video has gone viral.

"marriage games are truly a traditional and essential part"

A video has gone viral of an Indian bride sporting panipuri jewellery for her wedding.

Panipuri may be a popular Indian snack but this bride wore it for her big day.

The bride, Akshaya, is seen dressed in pink and gold bridalwear along with matching jewellery.

However, she is seen surrounded by the popular street food on her table along with other dishes.

Akshaya is also seen wearing a panipuri necklace and bangle. As she sits, one of her relatives places a crown made of panipuri on top of her head.

Meanwhile, the bride smiles throughout, clearly enjoying the occasion.

Arthi also revealed that the makeup had been on Akshaya for 12 hours.

The caption read: “Many congratulations to my pretty bride Akshaya and my groom Abhishek.

“This makeup was done at 3 am and this video was shot at 3 pm.

“Looks pleasant and flawless finish without any patches on her skin.

“Indian marriage games are truly a traditional and essential part of the Indian wedding extravaganza!”

The video went viral and received more than 4.5 million views.

Netizens flooded the comments section, with many pointing out the panipuri ‘jewellery’.

Others praised the bride’s makeup look and were stunned at how long it stayed on.

Whether it was part of a family wedding ritual or simply some quirky jewellery, it is not yet known. 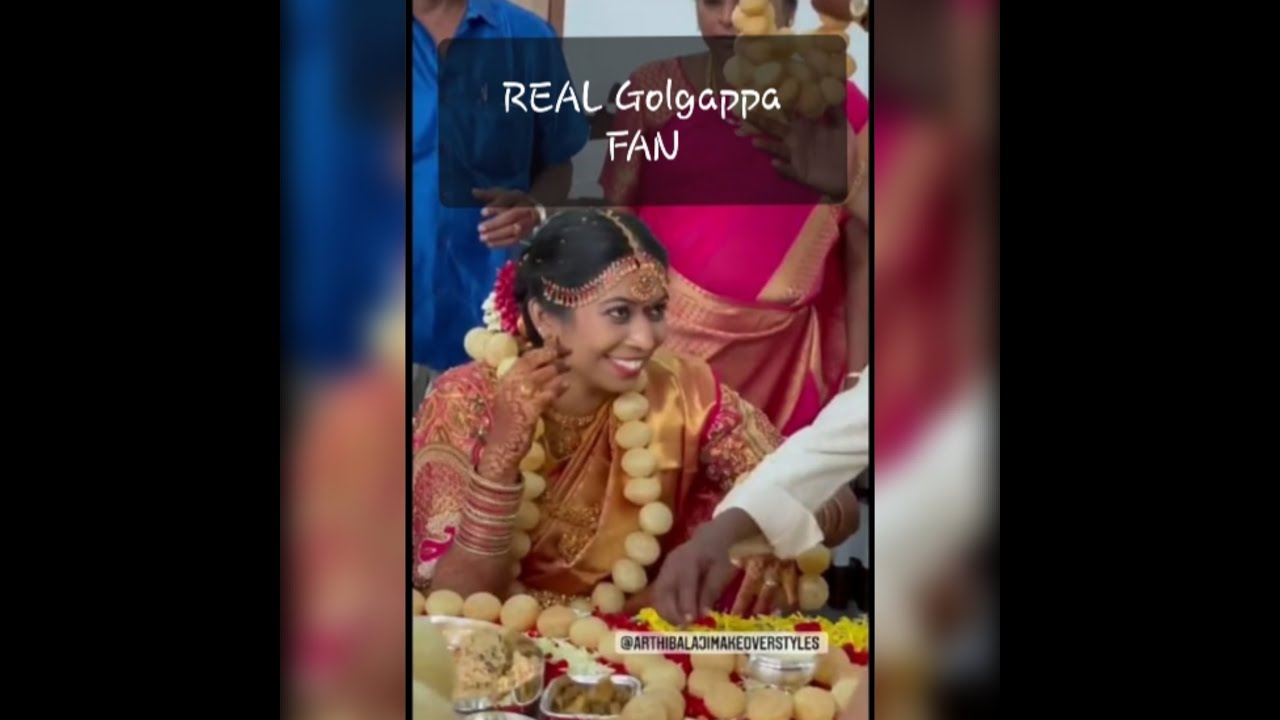 But this was not the only food-related video of the bride on the make-up artist’s account.

Another video showed Akshaya sitting with a cloth covering her bridalwear. The same relative then piles a stack of poppadoms on her head.

As she nervously waits, the stack is then crushed, sending crumbs falling everywhere.

The fun video shows Akshaya laughing as crumbs fall to the floor and stick to her hair.

Another asked: “Please tell me about this tradition.”

A person then provided an answer: “Its a tradition followed mainly by South Indian Hindus Telugu.. many Tamils many mallu Hindus.

Dhiren is a journalism graduate with a passion for gaming, watching films and sports. He also enjoys cooking from time to time. His motto is to “Live life one day at a time.”
Father & Son lured Car Buyers into eBay Robberies
Man sold Counterfeit Drugs on ‘Dark Web’ using Post Office