Priyanka says ‘Only Point of Commonality’ with Kareena is Shahid

Despite their bitter past, Priyanka revealed her friendship with Kareena Kapoor only shares “one point of commonality”, their ex-boyfriend Shahid Kapoor.

"It was just weird energy created by people.”

Two of the leading ladies in Bollywood, Kareena Kapoor Khan and Priyanka Chopra Jonas have one thing in common, their ex-boyfriend Shahid Kapoor. However, it never caused “contention” between them.

Kareena and Priyanka have not always seen eye-to-eye. Previously, the actresses have said some catty things about each other.

However, their bitter comments are a thing of the past as now, Kareena and Priyanka share a lovely camaraderie.

This was witnessed on the season six finale of popular talk show, Koffee With Karan. Audiences were surprised by their new friendship.

The popular talk show is loved by audiences as Karan digs deep into the lives and gossip about his celebrity guests. 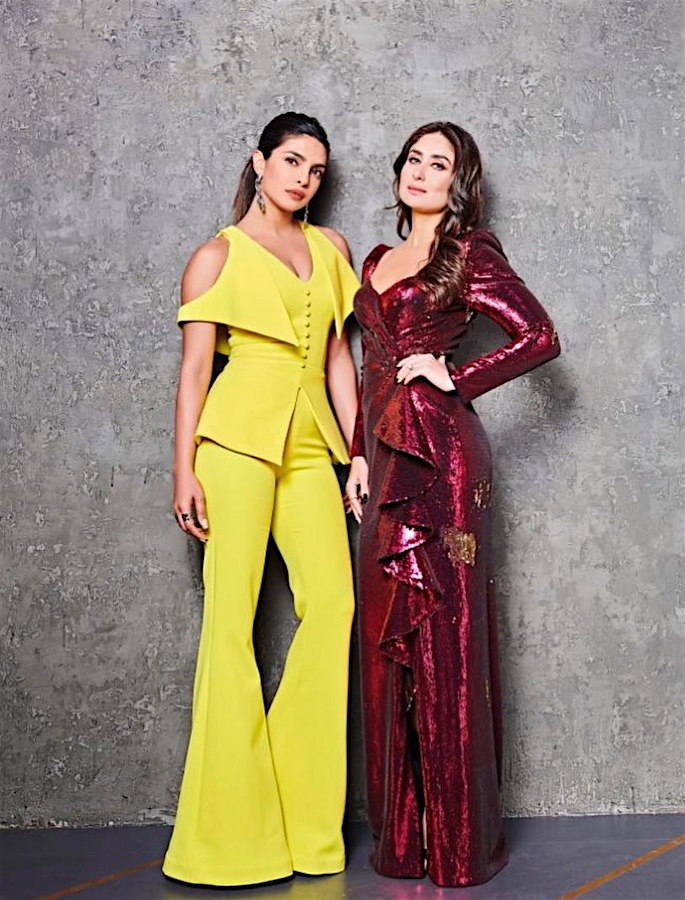 Speaking about the hostility between her and Kareena, Priyanka revealed:

“I think we didn’t even know each other. Like, we never spent enough time with each other.

“By the time we did, we really started to get along. But till we didn’t do that, it was just weird energy created by people.”

Karan Johar continued to ask Kareena and Priyanka about their common ex-boyfriend. Priyanka explained how it never caused a problem between them. She said:

“Actually that was not a point of contention. It was the only point of commonality.”

However, when Karan mentioned that he was referring to Shahid Kapoor, Priyanka changed her stance.

Shahid Kapoor was in a relationship with Kareena for five years and then found love with Priyanka who he dated for two years.

Despite this, Priyanka feigned ignorance as Karan asked, “Oh, are we still denying it?”

Kareena further added: “Well, you can tell us now” to which Priyanka replied saying, “I’m not denying or accepting.”

The couple got married in 2012 and are proud parents to their son, Taimur Ali Khan. Currently, the trio is quarantining in Mumbai.

For Priyanka Chopra, she tied the knot with Nick Jonas in 2018 after a whirlwind romance which certainly shocked her fans. The happy couple is currently quarantining at their home in Los Angeles.

The two respective couples regularly share glimpses of their lives in self-isolation on social media.

Meanwhile, their ex-boyfriend Shahid Kapoor is happily married to Mira Rajput since 2015. The couple shares two children, their daughter Misha and son Zain.

Watch the full episode of Kareena and Priyanka on Koffee with Karan here.

Ayesha is an English graduate with an aesthetic eye. Her fascination lies in sports, fashion and beauty. Also, she does not shy away from controversial subjects. Her motto is: “no two days are the same, that is what makes life worth living.”
Karan Johar apologises for ‘Insensitive’ posts during COVID-19
Malaika Arora trolls Arjun for his ‘Boring’ Quarantine Routine