What to Expect from Resident Evil 3

The remake of Resident Evil 3 releases in April 2020 and looks to redefine the horror genre. We look at what to expect from the upcoming release.

"we wanted to make sure that Nemesis was his own brand of fear."

Resident Evil fans will be excited to know that there is not long to wait until the release of the rebooted Resident Evil 3.

The original, which was released in 1999 was a huge success and one which defined the horror-survival genre of video games.

Resident Evil 2 was rebooted for 2019 and Capcom were able to take the original and make it feel relevant. It was a release that lived up to the expectation and terrified both old and new audiences.

Following the success of the 2019 remake, the developers have now rebooted the sequel.

The remake of Resident Evil 3 presents an interesting opportunity as gamers will get to see action-focused gameplay from a new perspective.

Since there is not long to go before its release, we look at what to expect. 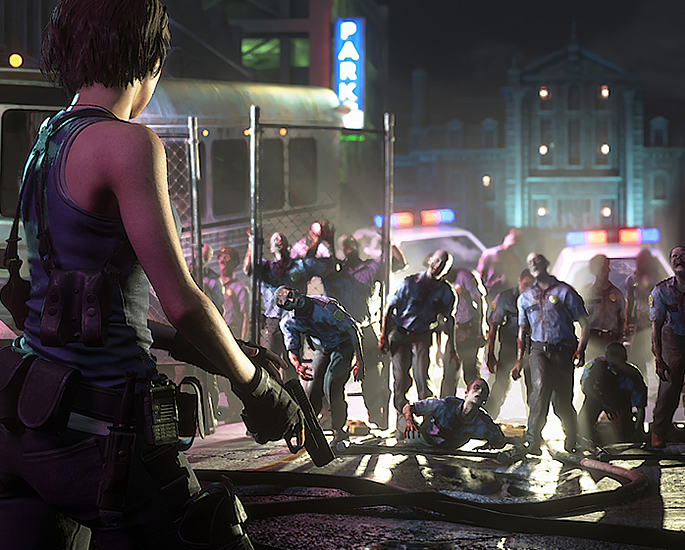 The story is set during the same time of events of Resident Evil 2 in September 1998.

Racoon City has become an apocalyptic hellhole thanks to the outbreak of the fictitious T-Virus. Infected stalk the streets freely and new terrors hide in every street and shadow.

Since the game takes place during the events of Resident Evil 2, players can expect to see the previous protagonists and how their stories intertwine with Jill’s more than they may have done.

The game’s producer, Peter Fabiano stated that Jill’s story is a different perspective to the ongoing events. He said:

“While Leon and Claire’s stories occur after the city has already been infected for some time, Jill’s story provides a new perspective.

“Starting with the early days of the outbreak, you’ll follow Jill’s fight for survival as the population of the once-lively metropolis turns into hordes of undead.”

Even though players will experience jump-scares around each corner, the true horror does not hide.

Throughout the story, Jill is hunted by an intelligent bioweapon known as Nemesis, who attempts to kill her and all remaining S.T.A.R.S. members.

Nemesis is a looming presence that players will encounter at any given moment throughout the game, guaranteeing shrieks of terror.

Fabiano explained that the presence of Nemesis has been inspired by the Tyrant, the antagonist from the previous game.

He said: “There was some overlap in the development of RE3 and RE2, and both utilise RE Engine.

“We certainly took some elements that we learned putting together RE2’s Tyrant, but Nemesis is his own brand of terror and a relentless pursuer who can use weapons.

“During development, our director saw what the team did with Tyrant in last year’s RE2 and was determined to surpass that with Nemesis.

“When considering Nemesis’ design and AI, we were impressed by what the RE2 team had done with Tyrant but we wanted to make sure that Nemesis was his own brand of fear.

“You’ll see that when you play the game.”

Resident Evil 3 also follows the mercenary Carlos Oliveira, who has been hired to help any survivors.

While the original Resident Evil 3 had multiple endings, Capcom has taken steps to take them away in order to give the rebooted franchise a more centralised story. 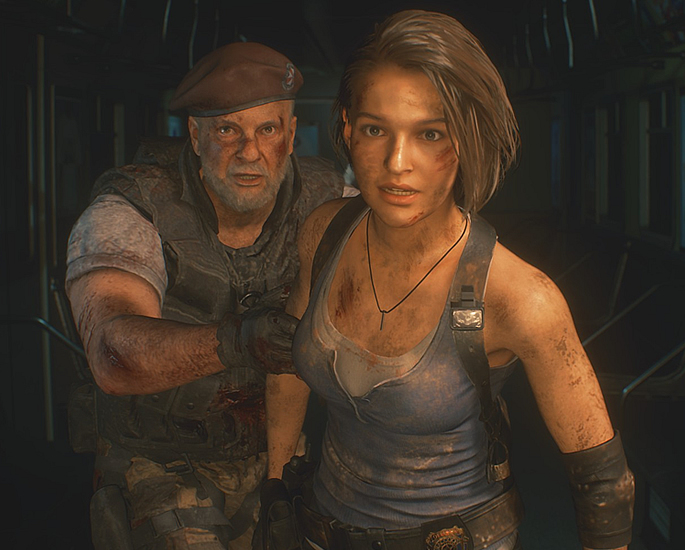 As it is a reboot, it is only natural that there would be a graphical upgrade.

The redesigned Jill Valentine looks more like a real person and her new outfit swaps a late-90s club attire with a casual-yet-intimidating trousers/tanktop combo.

Racoon City has a gritty look designed to showcase the zombie apocalypse to its full, horrifying nature.

In the original game, Nemesis had a terrifying look but in the reboot, his look is truly nightmarish.

The giant creature wears a protective vest covering its exposed muscles. It also wears a white mask, only showing a white eye and hideous mouth.

Nemesis’ look paired with the graphical improvements will only enhance the scare factor. 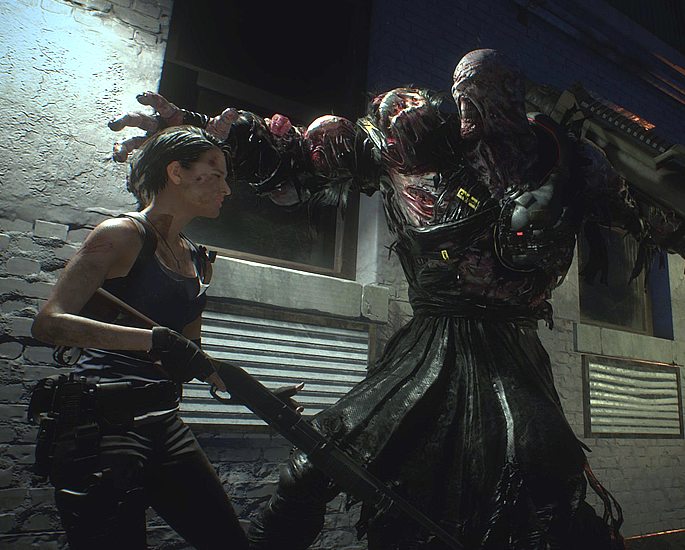 Gameplay has also been improved so now there is proper third-person shooting and modern controls.

The original game was fast-paced and had reactive artificial intelligence which brought together a sense of real tension to Jill Valentine’s stay in Racoon City.

“There were things that we wanted to do in the original but couldn’t.

“[But] with the advancements in technology, and by utilising the RE Engine, we were able to take the original and reimagine it with current graphics and modernised gameplay.

“That meant we needed to be able to drive our creative vision while keeping true to the source material.”

Capcom achieved this by creating something completely new from the original’s foundations.

The remake of Resident Evil 3 has been designed in such a way that it can still trigger moments of nostalgia for the ones who played the original but is still fresh enough to feel like a contemporary action-horror hybrid.

Capcom completely redesigned scenarios so that it would suit the tighter third-person camera and more fluid controls.

It is evident that the developer wanted to add some life into the previously static cutscenes and quieter story beats as Fabiano added:

“Photogrammetry and motion capture techniques allowed actors to bring the characters and their expressions more to life.

“And let’s not forget that we needed to build out Nemesis and make sure he felt just as terrifying as in the original.” 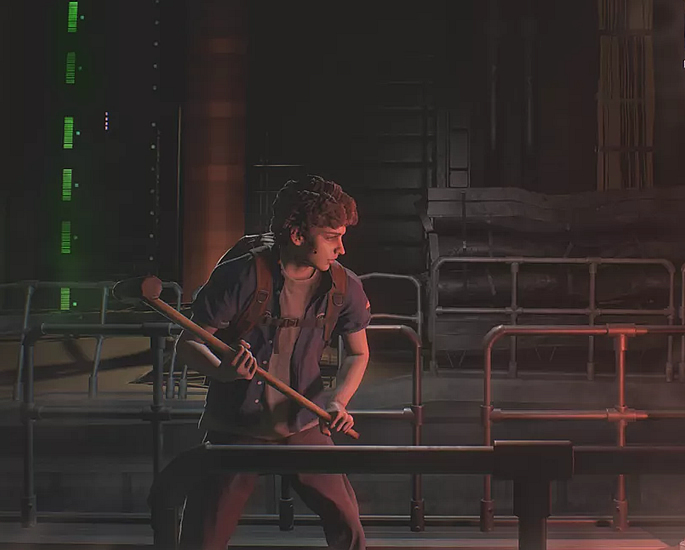 Similar to the popular multiplayer Dead by Daylight, the game is a team-based survival horror mode where four survivors are up against one Mastermind.

The Mastermind strategically places dangerous obstacles from a control room as the players try to escape before time runs out.

Survivors have skills such as healing, hacking, defence moves, and attacks that they can use to increase their chances of escape.

However, Masterminds have their own abilities. They are able to summon zombies, bioweapons and other creatures depending on their background.

It is a fresh concept but its success depends on whether players remain interested past the first month of release. If Capcom continues adding new content post-release then it has the potential to be hugely successful.

Resident Evil 3 looks to be an exciting release for 2020 especially when you consider that the rebooted Resident Evil 2 was a massive success.

The changes in graphics and gameplay paired with an immersive story are bound to keep you on the edge of your seat.

As the release is just around the corner, let’s hope that it lives up to the 1999 original and that it redefines the horror genre for modern audiences.

Dhiren is a journalism graduate with a passion for gaming, watching films and sports. He also enjoys cooking from time to time. His motto is to “Live life one day at a time.”
Most Popular Holiday Destinations for Indians
10 Most Popular Android Games in India