Rakhi Sawant has hit the headlines again, this time for apparently getting married again. She reportedly tied the knot in a secret ceremony.

"I remained tightlipped for the past seven months."

She is frequently in the headlines for her controversial comments and personal life.

It now seems that she has married again.

Although Rakhi has not shared pictures or videos of the wedding, a picture of the couple has gone viral.

The picture showed Rakhi and Adil wearing garlands and holding a marriage certificate. Rakhi was wearing a suit while Adil was in a black shirt and jeans.

It is claimed that the marriage happened in July 2022. 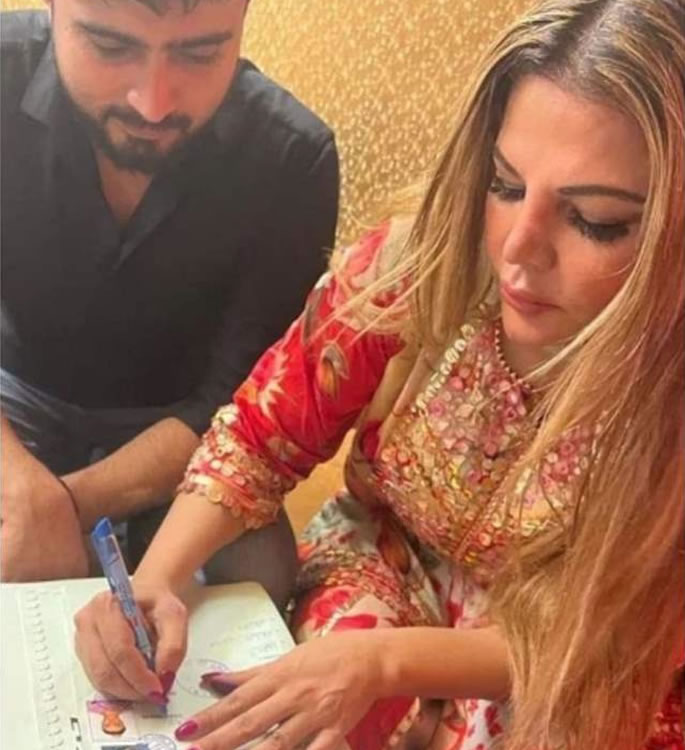 The apparent wedding has led to a mixed response on social media.

One said: “Finally Rakhi’s dream came true and Adil and Rakhi became soulmates… congratulations and God bless them both.”

Another said: “Secret is not secret anymore.”

A third commented: “Secretly and shared the secret only with the whole world.”

Rakhi Sawant stated that she got married in July 2022. She told ETimes:

“Yes, I got married to Adil in July last year after three months of knowing him.

“We had a nikah ceremony and a court marriage. Since he stopped me from disclosing it, I remained tightlipped for the past seven months.

“He felt that it would get difficult to find a suitor for his sister if people got to know about our marriage.” 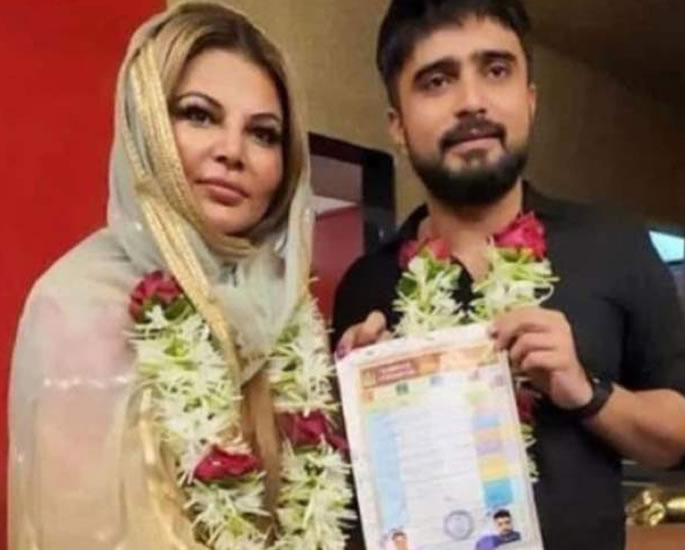 Rakhi had been married to Ritesh Singh but the pair called it quits.

She said: “Marrying Ritesh was a mistake. I learnt about his child while I was inside the BB house with him. If I hadn’t participated in the show, I wouldn’t have known his truth.

“My marriage to him wasn’t legal, as he hadn’t divorced his first wife. So, I decided to leave him.

“I was almost in depression because of the betrayal.

“Soon after, Adil came into my life and promised love. He proposed marriage and we tied the knot.”

“I didn’t want to wait, as I have a strong desire to become a mother. However, his family has still not accepted me.

“A lot happened while I was away locked up inside the Bigg Boss Marathi 4 house recently. I will talk when the time is right.

“At this point, all I want is to save my marriage. I want the world to know that I am married to Adil. I am very upset, so it is necessary for my marriage to come in front of people.”

Despite her statement and the viral picture, Adil said they are not married.

Dhiren is a journalism graduate with a passion for gaming, watching films and sports. He also enjoys cooking from time to time. His motto is to “Live life one day at a time.”
RRR wins ‘Best Original Song’ at Golden Globes
7 Indian Films too Bold & Sexual for Censors