With only a few months left of 2019, the attention has turned to the video games of 2020. We look at 10 of the most anticipated future releases.

It pays homage to the original with this reimagined release

Gaming enthusiasts are looking at the video games of 2020 as more information is being unveiled about them.

The year 2019 is coming to an end and while there are still some exciting upcoming releases, the attention is shifting towards 2020.

When it comes to video game releases, there are a plethora of genres to appeal to all sorts of gamers.

While many games have a confirmed release date, some games like The Last of Us Part II are speculated to come out in 2020.

We look at 10 video games of 2020 that gamers are most looking forward to. 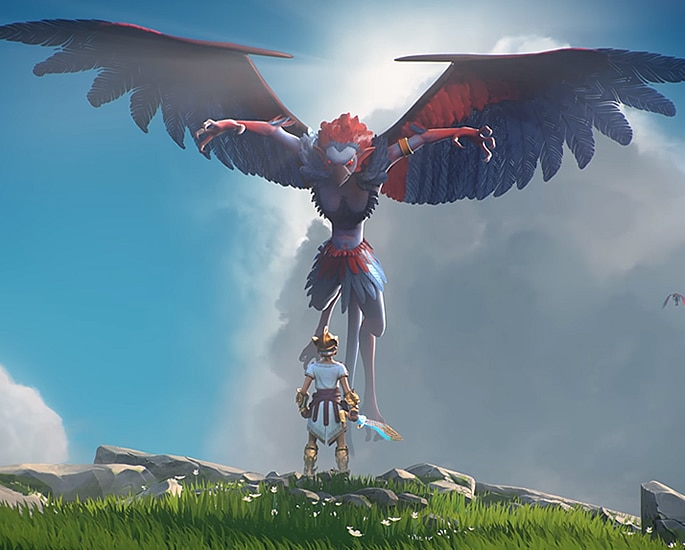 Gods and Monsters was one of the more welcomed surprises of E3 2019 and it is from the makers of Assassin’s Creed Odyssey.

It was an exciting announcement as its visuals reminded many of Breath of the Wild from the highly popular Zelda franchise.

While it has similar aesthetics, it will not be a carbon-copy.

The game is set in the picturesque open-world known as the Isle of the Blessed.

In the game, players will be able to use powers from the gods to help save themselves from some of the most dangerous creatures in Greek mythology.

Since the gods have different powers, it will be interesting to see they will be utilised against enemies.

Apart from the intriguing combat, there will be challenging puzzles and mysterious dungeons throughout the story.

There will be a range of ways to showcase your heroics and when combined with the artistic landscape, Gods and Monsters look to be one of the most anticipated video games of 2020. 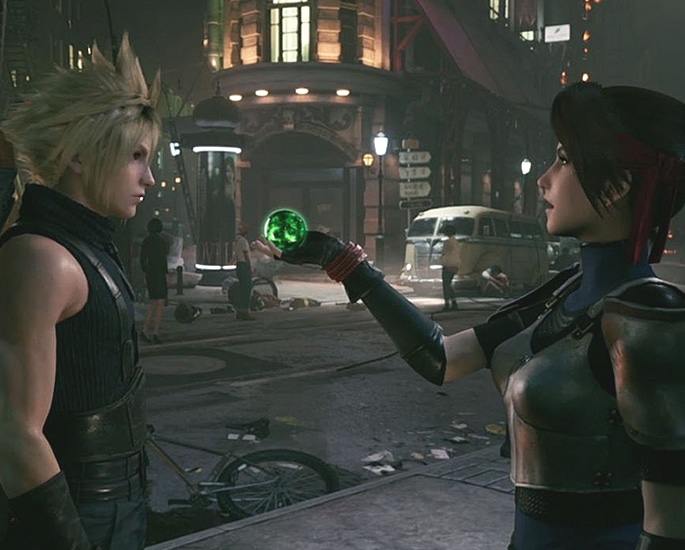 The original Final Fantasy VII came out in 1997 and it became a cult classic.

Fans have been waiting for years to get a remake of the game and when the developers Square Enix announced it in 2015, gamers have been eagerly awaiting its release.

It pays homage to the original with this reimagined release by creating a full-length version of just a small section of the original.

The Role-playing game (RPG) tells the story of Cloud Strife, a former Shinra soldier who joins the AVALANCHE group as a mercenary.

They fight against the Shinra corporation, who have been draining the planet’s life energy, only to become involved in something much bigger.

Final Fantasy VII Remake has been built from the foundations, featuring full polygonal graphics instead of the pre-rendered environments of the original.

Talks of a remake have existed since the early 2000s but a full development stage did not arrive until 2015.

Gameplay footage has been released and it implies that it will be an ambitious and epic gaming experience that could prove to be worthy of the long wait. 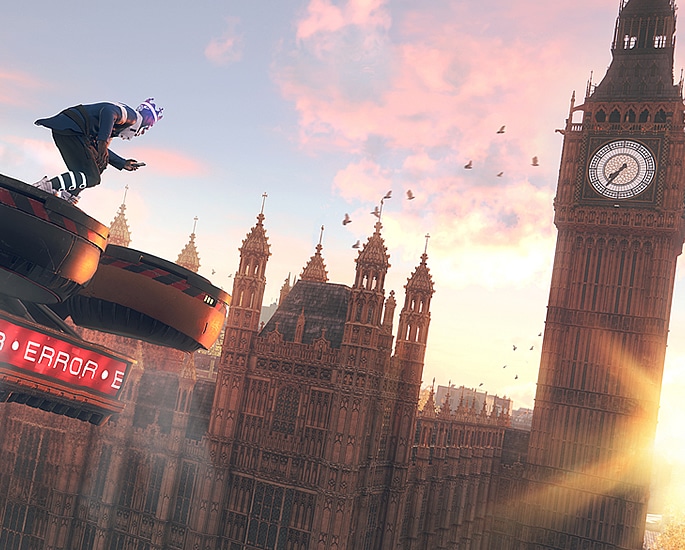 Watch Dogs: Legion surprisingly became one of the most exciting announcements from E3 2019 and thus became one 2020 release to look forward to.

This is especially after the first two games failed to live up to the hype.

The game is set in London and it follows a hacker group, known as DedSec, as they try to fight the authority who have turned the city into a surveillance state.

Even though it is set in the future, players can see notable landmarks, boroughs and cultural styles throughout.

Players will also be able to explore the city either by foot, using vehicles or fast-travelling using London’s Underground stations.

One gameplay aspect that has got gamers excited is the fact that there are multiple protagonists.

The game lets you play as any Non-player Character (NPC) intelligently which may make it one of the most fascinating video games of 2020. 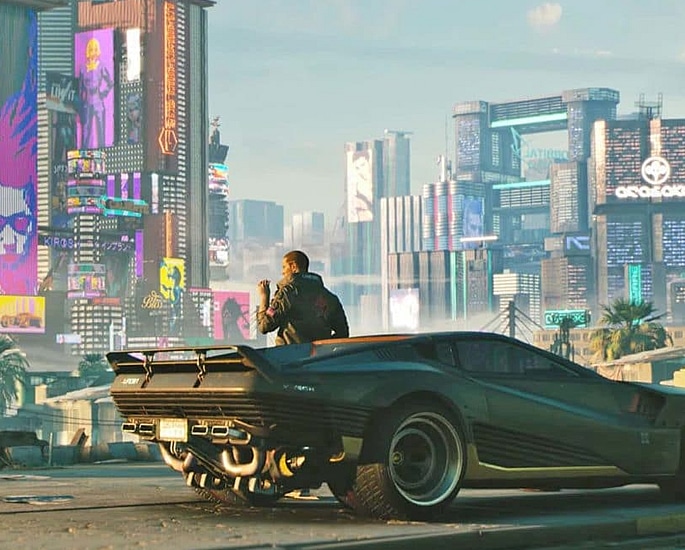 Since its announcement, Cyberpunk 2077 is arguably the most anticipated video game of 2020.

Developed by the makers of The Witcher 3, Cyberpunk 2077 is set to be one of the deepest and most intense RPG experiences in the last few years.

The game follows a completely customisable character known as V and is based in Night City, California.

V is entirely customisable meaning that players can choose what their protagonist will look like.

As a result of gangs fighting for control, the city is filled with homelessness, robots and overbearing laws.

Not much else is known about the game but as the release date gets closer, more details will emerge.

The hype for Cyberpunk 2077 significantly increased when gaming enthusiasts found out that Keanu Reeves would be part of the game.

There are already high expectations for the game but the announced features imply that it has what it takes to meet them. 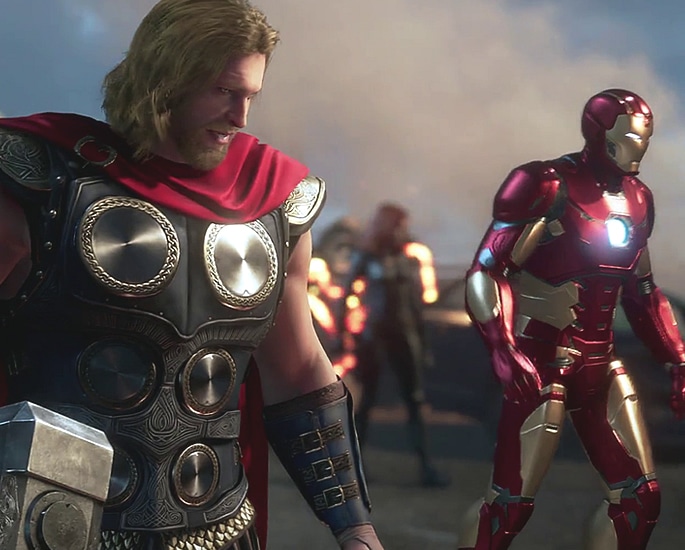 Superhero fans have been waiting for a proper Avengers game especially since Marvel’s Spider-Man teased it with the inclusion of an Avengers skyscraper.

They got their wish at E3 2019 when Square Enix unveiled the first trailer for Marvel’s Avengers. It garnered a mixed response but a more detailed gameplay video was more positive.

The game begins on A-Day, where the Avengers are celebrating the unveiling of a second headquarters in San Francisco.

However, the ceremony takes a downturn when a catastrophe results in most of the city being destroyed and civilians being killed.

The Avengers officially disband after they are blamed for the tragedy.

Five years later, when all superheroes are outlawed, a world event puts humanity at risk and the only hope is to reassemble the Avengers.

The game looks to be an exciting release especially since Square Enix promised to keep expanding and improving it for years after its release.

If they go through with their promise then Marvel’s Avengers could become an evergreen superhero title. 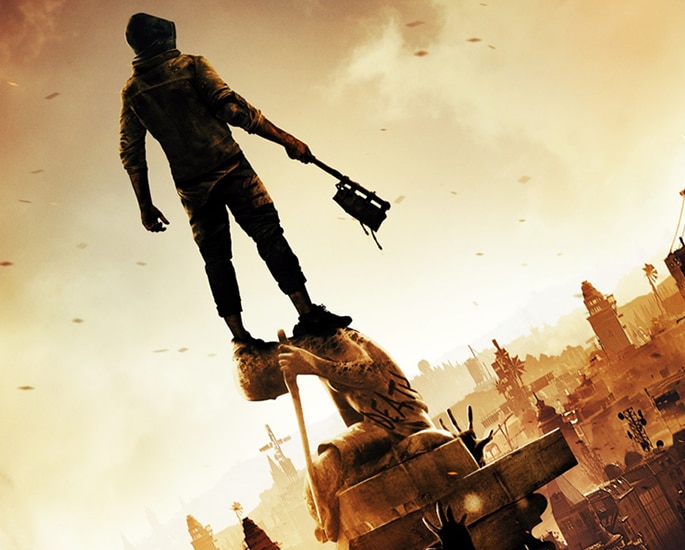 Though it does not have an official release date, horror-survival game Dying Light 2 is expected to release during the second quarter of 2020.

Like its predecessor, Dying Light 2 will have parkour as well as other similar gameplay mechanics.

Zombies also return and during the day, when they are fatigued, players can explore the map with exciting parkour. However, come nightfall and zombies become fast and aggressive.

Players control Aiden Caldwell and throughout the game, players will have to make a series of choices, each of which has unforeseen consequences.

The previous game had a solid story and Dying Light 2 looks to be even better as it has been written by renowned video game writer and designer Chris Avellone.

The map is also four times larger than the original game’s map which means more areas to explore and more people to meet.

It looks to be an intriguing apocalypse-themed game that is terrifying at each turn. 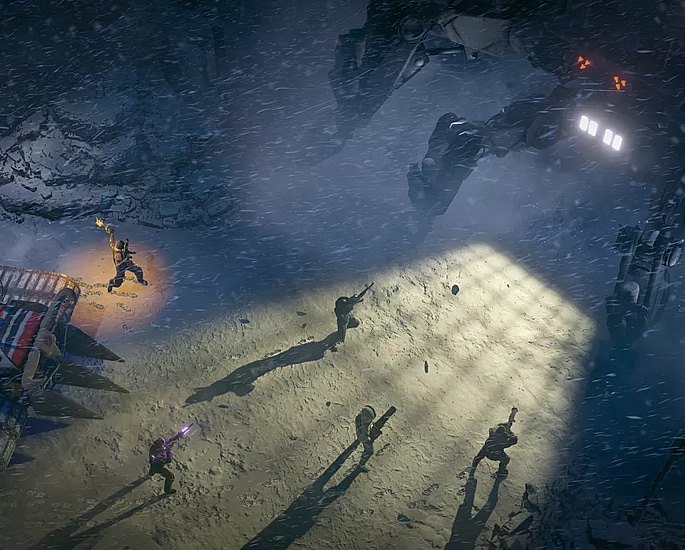 The Wasteland franchise is the precursor to the Fallout franchise and it made a successful return in 2014 as a callback to the era of isometric RPGs.

The game was renowned for its deep RPG mechanics and incredible world. It was a game which fed the need for an RPG experience with modern sensibilities.

In 2016, Wasteland 3 was announced after crowdfunding enabled it to be developed.

The crowdfunding campaign began in October 2016 and ended one month later after over $3 million was raised.

It follows the story of the last surviving member of a group called Team November. The game is set in an apocalyptic version of Colorado.

Wasteland 3 has the innovations that were present in Wasteland 2 but there is more emphasis on vehicles. There is also a morbid sense of humour that was briefly seen in past games.

Those who backed the game during crowdfunding will be able to play it earlier. But everyone else will have to wait until the second quarter of 2020 before they can get their hands on it. 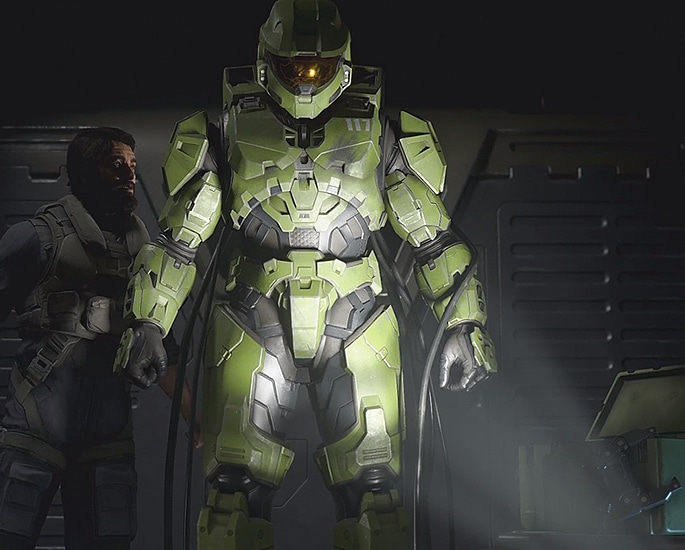 The Halo franchise is one of the most popular and the new game’s announcement was met with the usual fanfare at E3 2019.

However, it was announced that Halo Infinite would be one of the first games to be released for the Xbox One’s successor.

While it has been confirmed as a next-generation title, it will also be available for the Xbox One.

A short cinematic trailer showcased the potential detail that Project Scarlett would play games in.

It also showed Master Chief following the loss at the end of Halo 4. It brings him back to one of the Halo rings, albeit a broken one.

Even though no gameplay or other important details were released, the announcement that it will be for a next-gen console makes it one of the most intriguing video games of 2020. 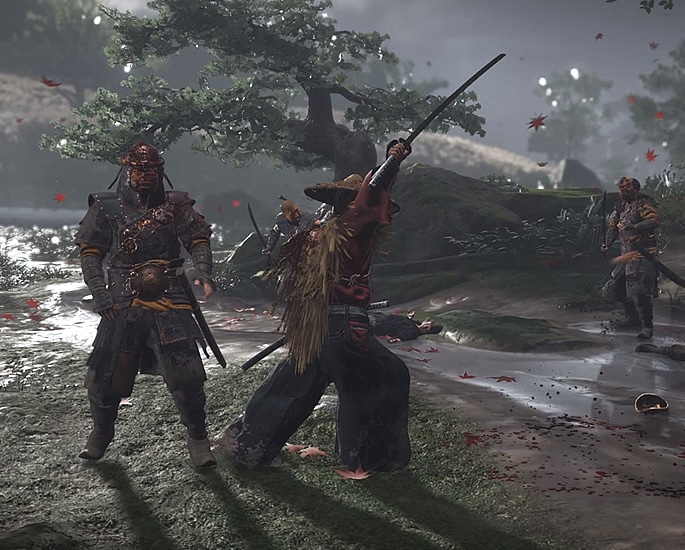 There is no confirmed release date but it is heavily rumoured that Ghost of Tsushima will be released sometime in 2020.

This PlayStation exclusive will have an open world that will be explored without the use of waypoints or guidance for a truly cinematic yet blind gaming experience.

The action-adventure stealth game is set in 1274 and follows the story of Jin Sakai, the last Samurai on Tshumia Island.

When Japan is invaded by the Mongol people, gamers will have to learn the way of the Ghost in order to free Japan from the Mongols.

A horse can be utilised so that players can quickly travel to different parts of the world. Difficult areas can be reached with a grappling hook.

Combat looks to be intriguing as enemies can be fought against with weapons such as a katana.

But stealth attacks look to be the way to approach the game as players can evade enemies and attack them silently.

While it is likely that Ghost of Tsushima will be released in 2020, the ancient Japan setting and playing as a Samurai looks to be a unique release for the future.

The Last of Us Part II 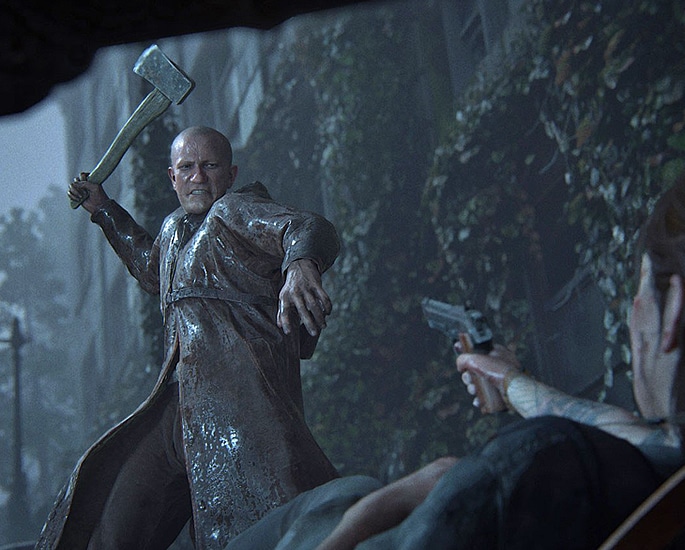 When The Last of Us Part II was announced during a PlayStation event in December 2016, fans screamed with joy over the fact that arguably the greatest game ever will have a sequel.

The zombie adventure game is set five years after the events of the previous games and gamers will control an older Ellie, who returns.

Gamers have not seen much of the first game’s hero Joel in the trailers which may be a surprise that the makers will reveal closer to its release.

The story centres on a vengeful Ellie who comes across a mysterious cult.

Not much else has been revealed but there have been rumours that the game will release soon. While some have suggested late 2019, others think it will come out sometime in 2020.

“The Last of Us 2 was also planned for fall 2019 but I actually heard it got bumped to early 2020, possibly February? Either way, wild final year for PS4.”

The Last of Us Part II remains one of PlayStation’s most anticipated releases even if details remain scarce. Hopefully, a 2020 release date comes true.

While there are other upcoming releases like Vampire: The Masquerade – Bloodlines 2 and Minecraft Dungeons, these 10 are highly anticipated.

Some have an official date while others are heavily rumoured to release in 2020.

A mixture of genres and visual aesthetics are what make these the most anticipated video games of 2020. Even though these games still have a way to go, gaming enthusiasts are eagerly awaiting their release.

Dhiren is a journalism graduate with a passion for gaming, watching films and sports. He also enjoys cooking from time to time. His motto is to “Live life one day at a time.”
The Games to Look Forward to from Gamescom 2019
Vivo Z1x: What are the Smartphone’s Features?