Vivo Z1x: What are the Smartphone’s Features?

The Vivo Z1x is set to release in India and it looks to be a popular purchase for the future. We look at its features in more detail.

The Vivo Z1x is the newest smartphone from the Chinese company and it looks to be a popular choice of phone in India when it eventually releases.

Vivo made its way to the Indian market towards the end of 2014 and it has had a significant presence in both offline and online retail.

With over 550 service centres across the country, it is a popular brand to go for.

Smartphones which have good features and are at a reasonable price are hard to come by. Vivo has been combatting the issue ever since they released its Z-series.

The first was the Z1 Pro and users found it surprisingly good. The Vivo Z1x is now set to release and it is the second in the Z-series.

It has some enticing features that make it a competitive alternative to other devices like the Samsung Galaxy M30, Xiaomi Redmi Note 7 Pro, Motorola One Vision and more.

We look at the upcoming phone’s features in more detail and how it may persuade people into buying one.

The Vivo Z1x release date is just around the corner and people in India can expect it to come out on September 13, 2019.

One of the most important aspects is the price and many in India opt for Android phones as they are far cheaper than Apple devices.

Under Rs. 20,000 (£225) is a reasonable price for many and a lot of smartphones in that price range have released over the past few years. 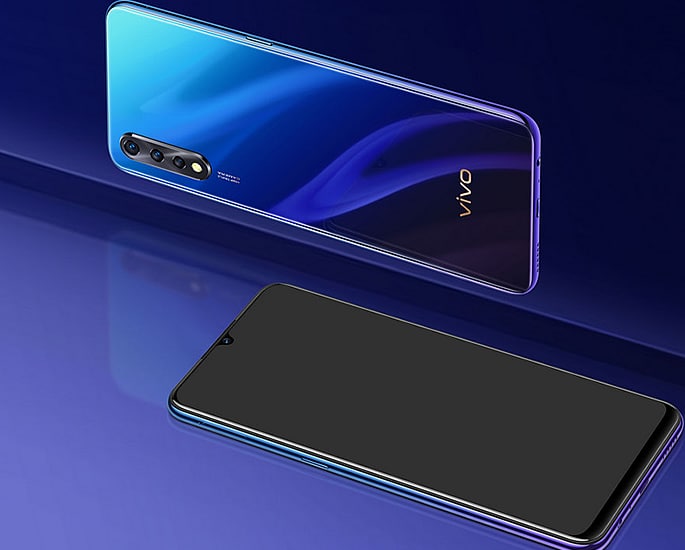 It is evident that the Z1x looks slimmer and is lighter than the Z1 Pro, but the need for aesthetics means that the battery capacity is lower.

Nevertheless, the sleek device makes it more practical and easier to handle with one hand.

In terms of the design aspects of the upcoming smartphone, there is not much change. It still has the block-like design that was present on the previous phone.

One thing that is great especially for those who are prone to dropping their phone is that the Z1x provides good grip.

What’s new is that the punch-hole camera has been replaced with a minimalistic notch. It may make the Vivo Z1x look less unique but there is now more screen space.

The micro USB port has also been replaced with the latest USB technology.

The front of the device is covered with a screen that has thin bezels at the top and sides but the bottom has relatively thick bezels.

A dual-tone back panel gives the phone a unique look, but the shiny appearance means that fingerprints and smudges can be seen easily.

Vivo has taken steps to prevent that by including a transparent case in the box.

The Z1 Pro came in different shades of black while the Z1x has gone for vibrancy by including fusion blue and phantom purple as two colour options. 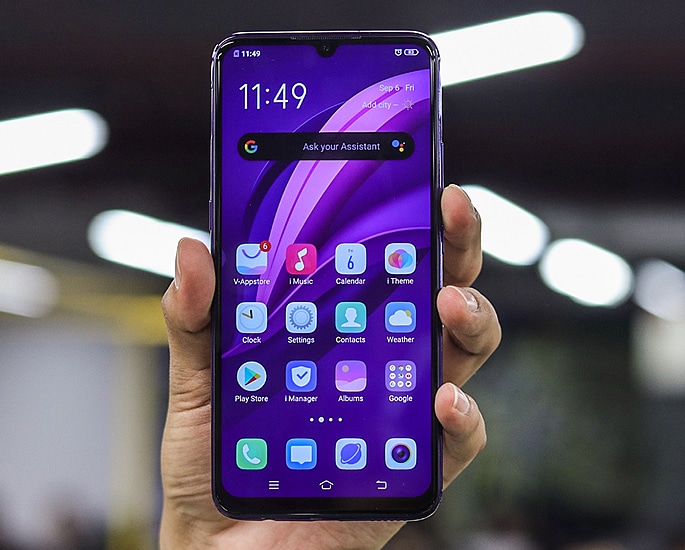 One thing that most want on a phone is a large and crisp display. The Vivo Z1x is a smartphone which manages to have both.

Vivo has opted to go for an AMOLED display, possibly to ensure a better battery backup from a smaller battery pack.

Like other AMOLED displays, the colours are well-defined and the details are sharp. Viewing angles and outdoor visibility is also very good.

When outdoors, the brightness of a phone can make or break it, but the auto-brightness feature is accurate and responsive.

The overall display is good for the price range, especially when watching videos or playing games.

Another element is the inclusion of Dark Mode that turns the entire User-Interface (UI) theme to dark grey.

Vivo has also included an anti-flicker mode that reduces screen flickering and reduces eye fatigue when using the phone for long periods of time.

The Z1x will have the latest version of FunTouch OS, an operating system created by Vivo and a part of Android.

It has a sophisticated display that is impressive especially for the price tag. 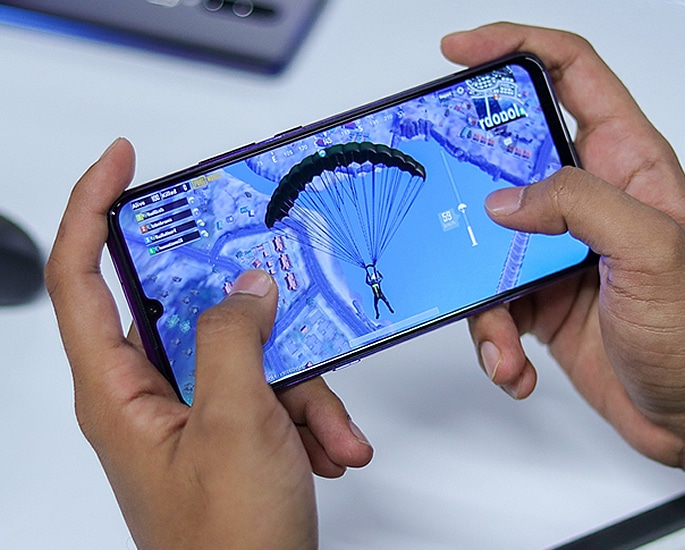 The Z-series of Vivo phones have been prioritising the performance and it is the same with the Z1x.

It is powered by a Qualcomm Snapdragon 712 SoC, one of the best mid-range processors.

Navigating through menus, gaming performance and switching between apps are lag-free. The processor makes the whole UI feel smooth.

It is an optimised phone thanks to the developed FunTouch OS.

The Z1x is a great phone to consider if you are into gaming as it delivers a fluid gaming performance. This is something Vivo is known for and it is impressive considering more expensive phones are not always smooth.

One technology feature to look out for Ultra Game Mode. It automatically helps the smartphone’s performance to provide a lag-free experience when gaming.

It also features Multi-Turbo to boost the device’s performance in different areas, whether it be for gaming, the network or opening apps.

Cooling Turbo is another technical feature where the temperature of the phone’s surface is reduced when playing graphically intensive games. It makes the performance more enjoyable.

Compared to the Z1 Pro, the Z1x comes with an in-display fingerprint sensor but both have artificial intelligence (AI) face ID support. 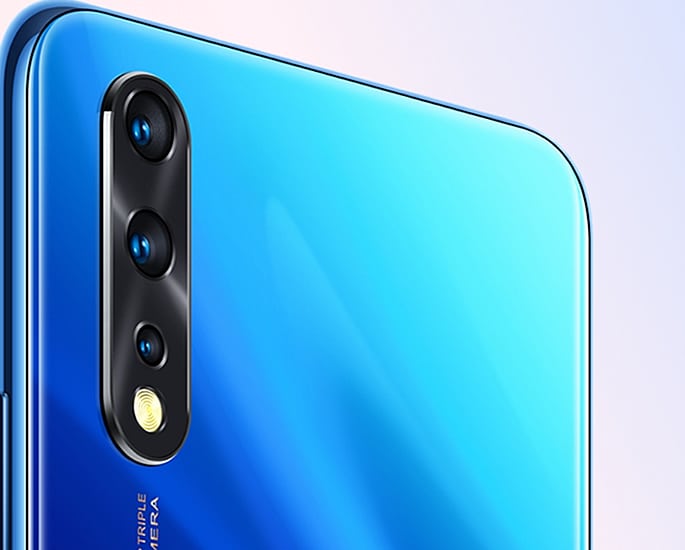 Vivo has always paid attention to the camera and the Z1x has some interesting new changes.

The phone comes with a triple rear camera setup of 48MP + 8MP + 2MP sensors. The 48MP sensor is the main camera while the 8MP is the ultra-wide-angle lens and the 2MP is for depth detection.

An artificial intelligence camera feature has also been added where it automatically switches to a camera based on the scenario.

The wide-angle lens captures small details and a Night Mode will allow you to use the lens when the light begins to fade.

The Vivo Z1x has a 32MP front-facing camera which also has AI features such as AI filters. Pictures will be sharp and they can be taken at range.

In terms of videos, the smartphone is able to capture 4K UHD videos at 30fps. Subjects are focused on quickly ensuring a sophisticated and smooth-running video.

Thanks to the fast processor, the camera user interface quickly loads and there is no shutter lag in between pictures.

For a phone which costs around the average price range of smartphones in India, the Vivo Z1x looks to include features that more advanced phones would have.

Smartphones are becoming more advanced as time goes by and the Vivo Z1x may be one of the most technologically advanced phones on the market when it releases.

Its release is one to look forward to as Nipun Marya, Director of Brand Strategy for Vivo India said:

“We are excited to launch the Z1x as our second offering under the online-focused Z series.

“We received an overwhelming response for Z1 Pro in India, and we are confident that Z1x, with its powerful-packed features, will delight our customers.”

With the number of features coupled with a long-lasting battery, it looks to be a good all-round phone that many in India may think about buying.

The 10 Most Anticipated Video Games of 2020
India locates lost Vikram Lander but Can a Link be Established?