6 Exciting iPhone X Features you Should Know About

Apple has unveiled their annual lineup of new smartphones, with the iPhone X as the star attraction. We take a look at some of its dazzling features.

We wonder if this new feature will eventually over take the popularity of Emojis?

It’s that time of the year when Apple unveils their brand new line-up of smartphones. But this year, they have set the bar high with the exciting iPhone X.

Revealed during the company’s new launch on 12th September 2017, they unveiled the iPhone 8 and 8 Plus. However, all eyes remain fixed upon the iPhone X, a device celebrating ten years of Apple’s popular smartphones.

Immediately after its unveiling, the internet has reacted to its strikingly unusual features. From the absence of a home button to Face ID, the phone looks very different from its predecessors.

But the iPhone X also includes new features that you may not know about, such as a TrueDepth Camera and Animojis.

Let’s take a look at the smartphone’s most intriguing features. 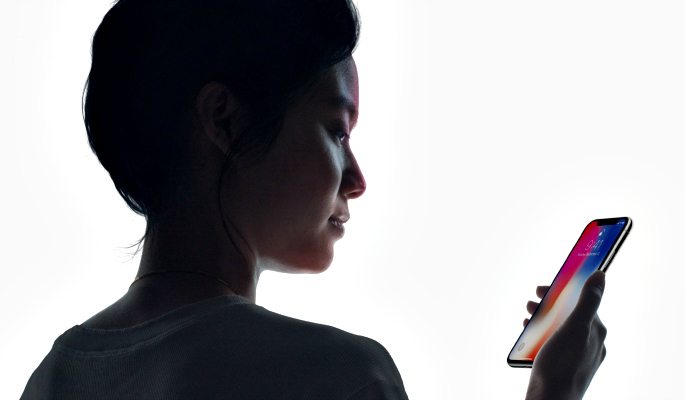 The feature that has arguably caused the most division amongst the internet. Gone are the days when you need to use a security code or even your fingerprint to unlock your device. Apple says: “Your face is now your password.”

Titled Face ID, this new feature works through the device’s TrueDepth Camera. Described as easy to use, the iPhone X will present you a simple guide on how to set it up. 30,000 invisible dots will become projected on your face from the phone, which it will then analyse and create your Face ID.

In addition, the smartphone’s new A11 Bionic chip will learn to recognise changes in your appearance. No worries then if you decide to change your hairstyle, wear makeup or even grow a beard!

Apple claims Face ID will work more securely than its predecessor, Touch ID. However, they suffered an embarrassing mishap in the launch. Spokesman Craig Federighi attempted to show how the Face ID works, yet the iPhone X failed to recognise him. Eventually, he resorted to using a backup phone.

Since this incident, the internet has responded with the flurry of comical memes, making the feature infamous.

Say Goodbye to the Home Button 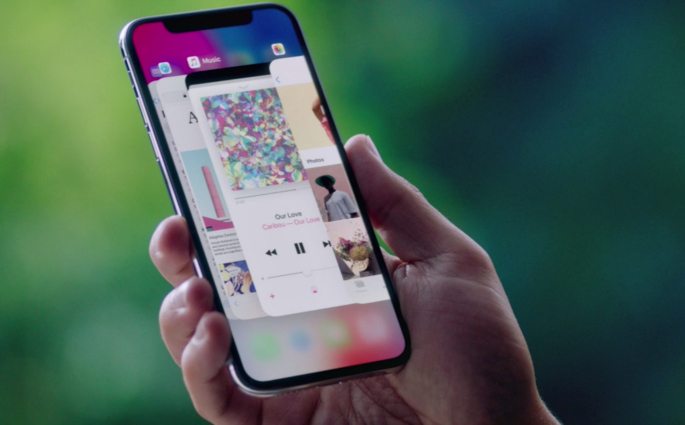 Another controversial feature is the missing home button. Apple decided to opt away from it in favour of creating a bigger, 5.8-inch screen. While this feature will surely attract many, some will wonder how they can navigate the iPhone X.

The technology company has implemented new Intuitive Gestures, designed to keep the new smartphone familiar with users. For example, to go back to the Home screen, you only to swipe from the bottom to leave an app.

In addition, to view all your active apps, you just need to swipe from the bottom and hold. The screen will then present all of your apps, enabling you to close them or change to a new one.

With these Intuitive Gestures, Apple shows their ability to reinvent the iPhone. However, time will tell on how well users will adapt to this new feature and the omission of the home button.

Flawless Selfies with the TrueDepth Camera 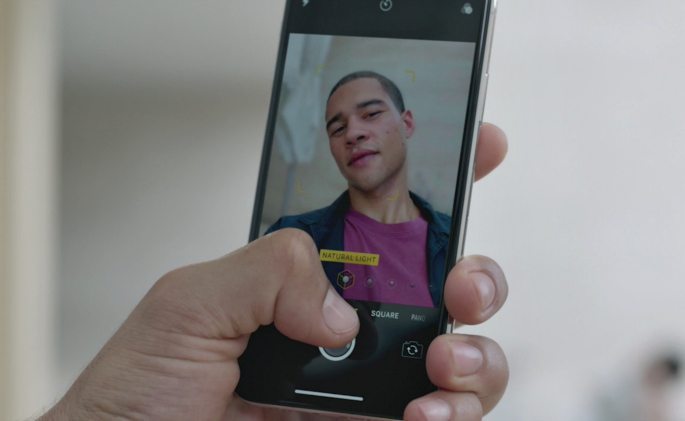 Apple has made Face ID possible through the new TrueDepth Camera system. But what exactly is this? This innovative system contains different, complex cameras and sensors. While it enables the phone to detect and recognise your face, it has advanced Apple’s capabilities for selfies.

While the iPhone 7 and 7Plus had Selfie Mode, the iPhone X contains Portrait Mode. It will offer an extensive range of lighting effects, helping you create a flawless selfie, no matter where you are.

In addition, the mode provides a depth-of-field effect, where your image will appear crisp and sharp while the background is artfully blurred.

With much more now on offer for selfies, the TrueDepth Camera is certainly an intriguing feature to check out. But we haven’t even covered the most exciting aspect of this system – Animojis!

Animojis ~ The Next Step of Emojis 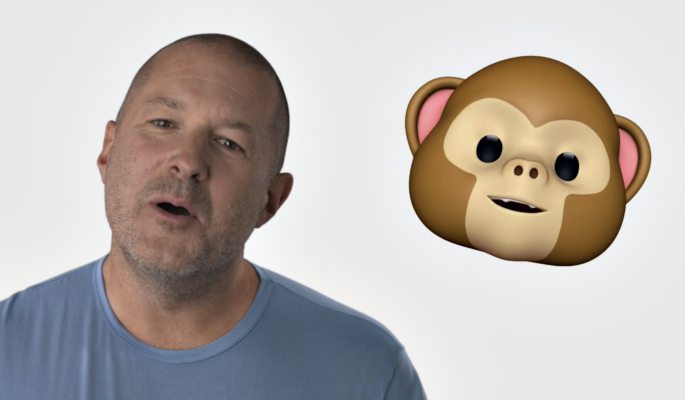 Many smartphone users have grown to love using emojis in their messages. But have you imagined what you would look like as one? Animojis offers the closest realisation of this where it will mirror your expressions!

The feature works using both TrueDepth Camera and the A11 Bionic chip. As you record yourself, the iPhone X will capture over 50 muscle movements and replicate them onto the Animoji. From happy to sad to angry, you can create the ideal expression for your message.

Initially, Apple has created 12 Animojis, including a monkey, unicorn and panda bear. We wonder if this new feature will eventually over take the popularity of emojis? 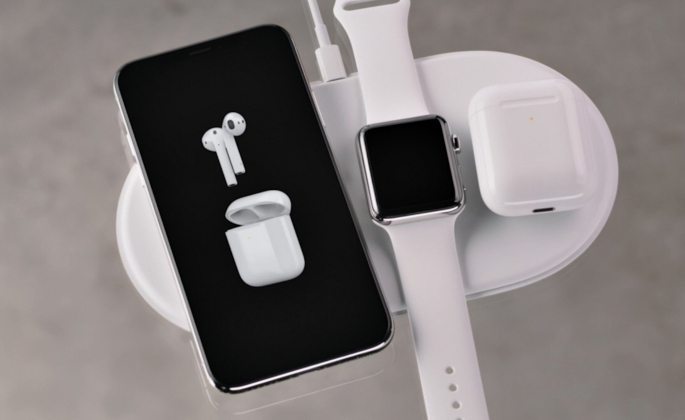 Another drastic change to typical smartphones, Apple is now experimenting with wireless charging. But this isn’t exclusive to the iPhone X – both 8 and 8 Plus will have the feature too. But how does it work?

They will become compatible with Qi wireless chargers, which are made by companies Belkin and Mophie. You simply need to place the smartphone onto the charger and it will begin charging. It works by creating an electromagnetic field between the charger and device, allowing a current to flow.

In 2018, Apple plans to launch the AirPower Mat, their own version of the wireless charger. With this, Apple users can place multiple devices on the charger simultaneously. 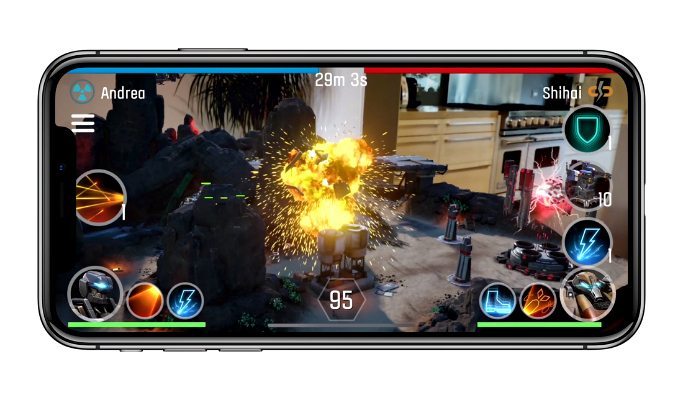 While many companies delve into separate AR devices, Apple has managed to implement within the iPhone X. Using the A11 Bionic chip, this offers budding and experienced developers to create AR games.

For its AR capabilities, the company has created a graphics software named Metal 2. This will provide the necessary tools to create exciting, “console-style” 3D games, which greatly surpass the likes of Pokemon Go.

With these game-changing, intriguing features, the iPhone X will undoubtedly excite many. However, many will want to know one crucial detail: the price tag. Priced at $1,000 (approx. £750), it won’t empty your pockets lightly. Yet this may not deter many Apple users.

But they will have to wait sometime before they can get their hands on the powerful device. The iPhone 8 and 8Plus will be available to pre-order on 15th September 2017, with the devices hitting stores on 22nd September.

However, you’ll have to wait until 27th October to pre-order the iPhone X or head to Apple Stores on 3rd November to purchase it.

Now, with the new line-up of Apple smartphones finally revealed, many will wonder if the iPhone X will become the most popular device of 2017.