It’s a heavyweight battle between two Chinese smartphones, but which one is better? DESIblitz compares the Vivo V9 and Oppo F7 and dissects their best features.

Chinese smartphones are in high demand in India at the moment although there is no shortage of options available for consumers on the offline and online markets.

Xiaomi, OnePlus and Huawei are just a few of the companies that have produced high-quality smartphones from the country over the past few years.

DESIblitz puts the Vivo V9 and Oppo F7 together, looking at their main features to see which phone comes out the clear winner. 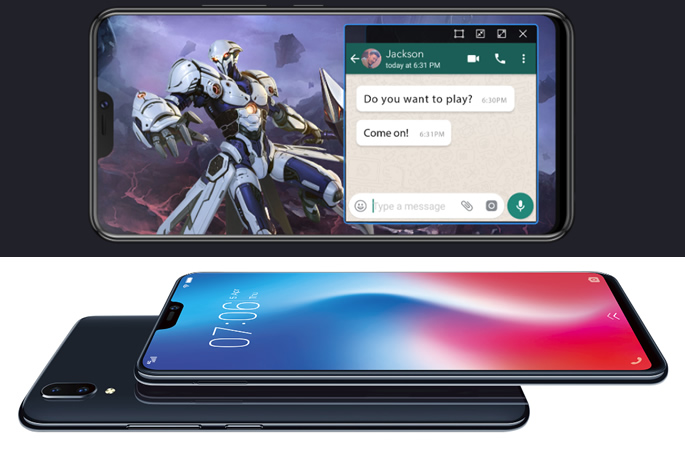 As one of the first Android smartphones in India to release with an iPhone X-style notch in India, the Vivo V9 is a feature-packed flagship phone.

With a 6.3 inch Full HD+ IPS LCD display and a 19:9 aspect ratio, the V9 provides high-end specs for a fraction of the cost from a Samsung Galaxy S9.

A fingerprint sensor is on the rear of the phone, which is positioned in a similar location to the Google Pixel 2.

As standard, the phone comes with Android 8.1 (Oreo) with the latest Funtouch 4.0 OS user interface.

Underneath the internal compartments of the phone lies a 3260 mAh battery with 4GB RAM and 64GB of storage for the user.

Powering the phone is a Snapdragon 626 processor, which is surprising considering how powerful the V9 is on paper.

There is a dual-camera setup on the Vivo V9, consisting of a 16-megapixel and 5-megapixel lenses on the rear of the phone.

On the front of the phone, there is a massive 24-megapixel ‘selfie’ camera, which puts the V9 on par with the Huawei P20.

AI Face Beauty allows the phone to adjust the environment and lighting to take the perfect photograph.

Unlike most phones that are phasing out the headphone jack, Vivo has kept the 3.5mm jack at the bottom of the phone.

USB Type-C is unavailable on the phone although users will have to settle for charging the V9 with a Micro USB cable. 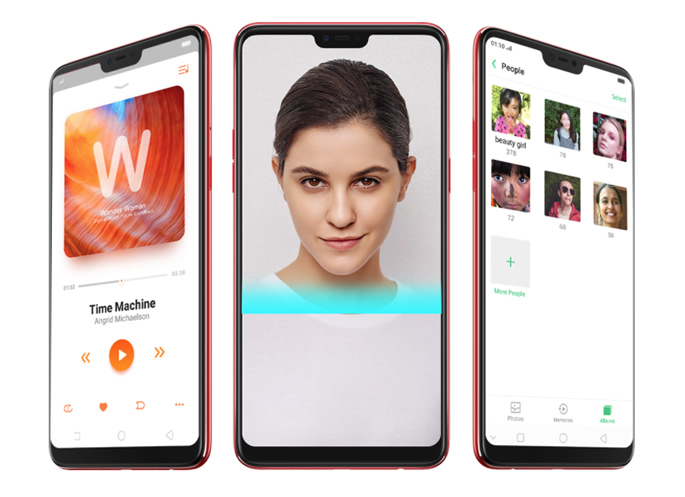 On Monday 26th March 2018, Oppo launched their latest high-end smartphone to the world, the Oppo F7.

The F7 was launched a day before the global launch of the Huawei P20 in Paris on Tuesday 27th March 2018.

When it comes to the display, the Oppo is slightly smaller than the Vivo by a paltry 0.07 inches at 6.23 inches. Putting the two phones together, the difference is barely noticeable.

Inside the phone, there is a MediaTek P60 with dual AI cores, handling the Artificial Intelligence for the F7.

Likewise, the F7 uses the Android 8.1 OS although Oppo uses its newest version of its user interface, Colors 4.0 over Oreo.

With regards to storage, it depends on the colour the consumer has picked. For the Red/Silver/Diamond Black models, there is 4GB RAM.

Whereas with the Red/Silver/Diamond Black F7’s, it comes with 6GB of RAM. There is also the option to buy the phone with 64GB or 128GB internal storage.

As the Vivo V9 has a dual-camera setup, the F7 has to settle for a single rear 16-megapixel camera lens.

There is a 25-megapixel front camera in the notch albeit it’s one megapixel more than the Vivo at 24-megapixels.

However, the F7 is unable to record 4K video, a feature that the V9 can already do despite its Full HD+ display.

Oppo has improved their AI technology where the company claims the F7 is 80% faster than their previous phone, the F5.

Which is Better? (Phone Face-Off)

DESIGN: The Oppo F7 is a nice phone to hold in the hand on a day-to-day basis although the iPhone X inspired-Vivo V9 provides more value for the consumer. A lack of USB Type-C port holds the F7 and V9 back from being excellent phones.

SPECS: With the main emphasis on artificial intelligence for both phones, the Oppo convincingly beats the Vivo. A MediaTek P60 is no match for Vivo’s 2016 Qualcomm Snapdragon 626 processor albeit the V9 is able to record 4K video.

On social media, reaction to the Vivo V9 has been mostly very positive, with users claiming its the best phone of 2018 although there is some criticism for its screen and camera.

Vivo phone v9 is the best phone is this year

@Vivo_India @vivobr I have bought the new vivo v9 and the observation is that I have just wasted my money poor screen resolution poor camera front n back both images are blurry when zoom click with 20mp which not acceptable company is fooling customers plz don't buy.

Meanwhile, with the Oppo F7, consumers pointed out the F7’s camera is better than the Vivo V9 although it had convinced them to switch from Xiaomi to Oppo.

@manukumarjain @XiaomiIndia
Why did you launch a phone when you can't keep stock, encouraging black marketeer ?
Its better i purchase OPPO F7 or ViVO V9 instead your RedMi Note 5 Pro@oppomobileindia @Vivo_India

There is no doubt that the Vivo V9 and Oppo F7 are underrated phones that are rich with features although it is down to the consumer to decide which smartphone suits their everyday needs.