Oppo Find X: Everything you need to know

The Oppo Find X is the company’s first global smartphone. Here’s everything you need to know about the phone that’s expected to launch in July 2018 in India.

"Find what you have been looking for until now."

Most importantly, it’s known for its bezel-less screen and pop-out cameras.

Whilst the phone has plenty of interesting features, the price will reflect the high-tech device. It is thought that the smartphone will be selling for 999 Euros (approximately £876.26 or Rs 78,000).

The new Oppo smartphone is expected to launch in India in July 2018 after invites for an event in Delhi were sent out.

The invite contained a tagline that said:

“Find what you have been looking for until now.”

The intriguing caption doesn’t give much away, however, we already know a lot about the phone that was launched in Paris in June and is now selling in China.

The most impressive element of the smartphone seems to be its large display screen, called an all-screen display. With a screen-to-body ratio of 93.8%, there’s no doubt that this phone has a gigantic screen.

Whilst the Vivo Nex follows closely behind with a screen-to-body ratio of 91.24%. With the Oppo Find X, the bezels are gone from all three sides of the phone, with only an edge at the bottom of the screen. 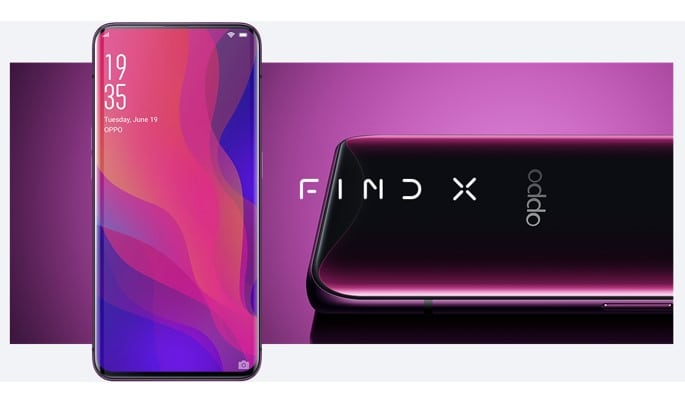 The screen closely resembles Samsung’s Galaxy 9 smartphone as they both share a curved-edge design. This is a sleek and modern design that gives the phone a stylish feel.

The luxurious feel of the phone is also achieved through the glass front and back, and the added metal frame that finishes off the smartphone.

Adding to this, one of the most noticeable physical aspects of the phone is the notchless display. The notch display was first seen on the Apple iPhone X and was not received wholly positively.

Oppo’s decision to not follow the notch display makes it one of just a few premium smartphones to not have the design, and many critics are applauded their choice to not follow in Apple’s footsteps.

Moving on to the cameras, the Oppo Find X has three. The top of the phone pops out to reveal the three cameras that are otherwise hidden. A dual camera is on the rear of the phone and it includes optical image stabilisation – so you can take that perfect picture minus the blurring.

However, one possible issue with the phone could be its durability. The constant movement of the phone to use the camera may make it more susceptible to breaking than other phones that don’t have this feature.

According to the Oppo website, the Oppo Find X is the first Android smartphone to use 3D Structured Light Technology. They said:

On their website, Oppo spoke about their Omoji. They wrote:

“With 3D Omoji, any personal expressions can be vividly recorded. You can choose a funny image or create a personal cartoon image. 3D Omoji will capture your facial expressions in real time to accurately present you in a fun way. It’s also easy to share your personal Omoji with friends!”

Another interesting feature of the phone’s manufacturing is that Oppo os creating the phone in several colours, so you’ll be able to get the phone in the exciting-sounding colours of either Glacier Blue or Bordeaux Red.

It is also thought that Oppo is pairing up with the Italian luxury car maker, Lamborghini, to make a Lamborghini-inspired edition of the Find X.

With so many attractive features, let’s get down to the hardware that this phone has to offer. The Oppo Find X boasts:

The Find X is priced at 999 Euros which is approximately Rs 78,000 for the standard model with 8GB RAM and 256GB storage. So whilst you may have to save up to get your hands of this phone, it might just be worth it. 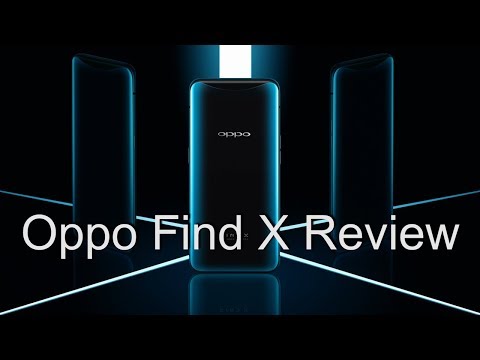 Oppo’s new smartphone is visually attractive as well as being backed up by the appropriate hardware. Not to mention, the focus on the finish is immaculate.

We can’t wait to see how this futuristic smartphone measures up to the current phones available. You can keep up to date with any announcements from Oppo in India by following them on Twitter.