The Games to Look Forward to from Gamescom 2019

Gamescom 2019 came to an end and there were some major announcements and information on upcoming video games. We look at some of the most anticipated.

It is much more tactical than it’s predecessors

Gamescom 2019 may have come to an end but it certainly did not disappoint as a variety of exciting games were announced.

While E3 is the biggest video game event in America, in Europe, Gamescom holds that crown. Every year, hundreds of thousands of gaming enthusiasts attend the event in Cologne, Germany to preview upcoming releases.

While there were first-time announcements for games, more details and footage were unveiled for already-announced titles.

Many gamers got to try out or view games that are yet to be released, enabling them to be some of the first to play them.

Some titles were more anticipated than others. We look at some of the games at Gamescom 2019 that gamers are looking forward to. 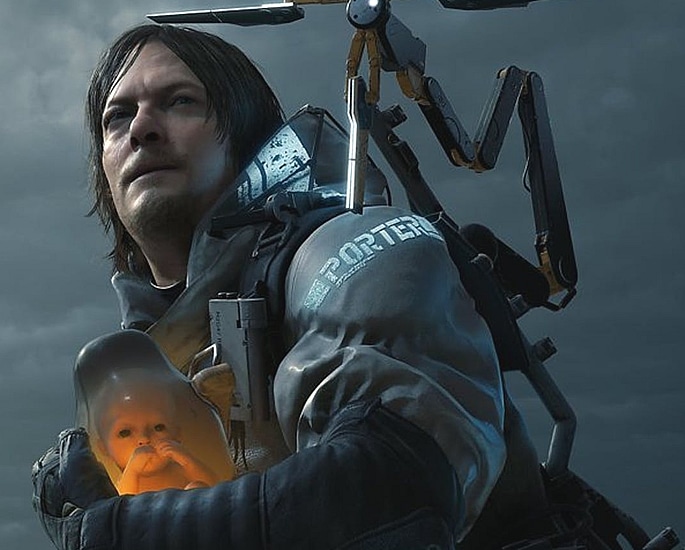 Death Stranding remains one of the most mysterious video games that is set to release in 2019.

Gamers have found out that they will play as Norman Reedus’ Sam Bridges who goes across a broken United States.

He repairs communication nodes in an attempt to mend the corrupted country and bring everyone together. But that is made more difficult with the presence of paranormal entities and other enemies.

Players will have the ability to interact with the environment and can wander outside of the character’s body.

At Gamescom 2019, more gameplay elements were showcased including some bizarre ones. Gamers were introduced to a holographic character which is played by Canadian video game journalist Geoff Keighley.

One of the more weird aspects is that players can urinate as Sam and a giant mushroom appears. While it is bizarre, it gives players an idea of what they will be doing in the post-apocalyptic world.

Death Stranding remains compelling and one of 2019’s most intriguing video game releases. 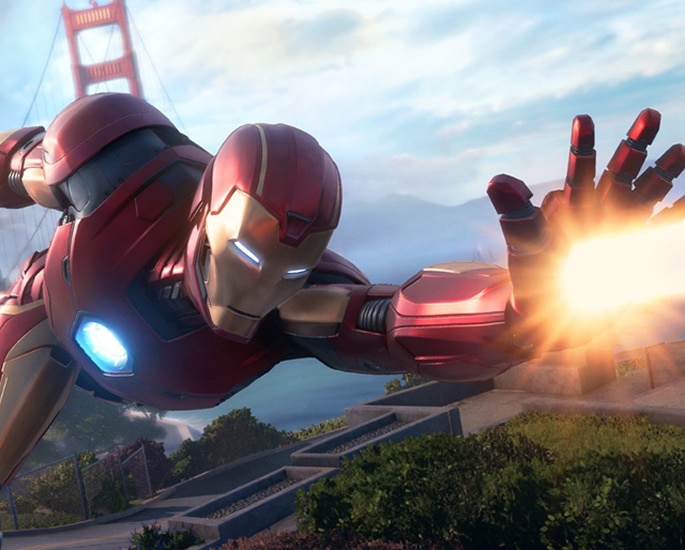 Marvel’s Avengers was released at E3 2019 during Square Enix’s press conference and it represents a continuation of the Avengers universe.

The game had been speculated to be connected to 2018’s Spider-Man, however, there is no confirmation of it.

The story sees the Avengers blamed for a tragic event which sees superheroes become outlawed. They reunite five years later when their powers are desperately needed.

While the announcement at E3 2019 received a mixed reaction, the presentation at Gamescom 2019 was more positive.

A 20-minute gameplay video was shown which gave players more of an idea about the game and its features.

Marvel’s Avengers does not release until 2020 so improvements can still be made while more information will be announced. 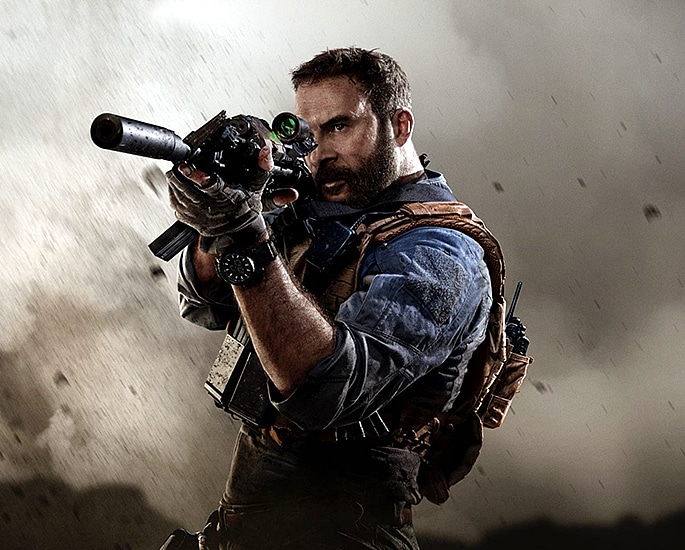 Even though Call of Duty: Modern Warfare has the same name as a past release, it is one of the most anticipated games as it reimagines a classic.

It incorporates elements from the original game but they are repackaged for the modern-day.

It is much more tactical than it’s predecessors as players face moral choices.

Choices are then evaluated and players are given a score at the end of each level. Players have to quickly decide whether a person is a threat or not.

The dialogue changes depending on the choices that the player makes. This makes for a unique gaming experience.

At Gamescom 2019, the brand-new game mode Gunfight was showcased.

It is a fast-paced multiplayer that pits two teams of two with randomised load-outs against one another which take place on very small maps.

They are so small that players have 40 seconds to kill the opposing team otherwise the rules change. After 40 seconds, it may bring a capture the flag element or decide a win based on the team with the most health.

Even though not much of the solo campaign has been revealed, Modern Warfare looks to be an exciting release. 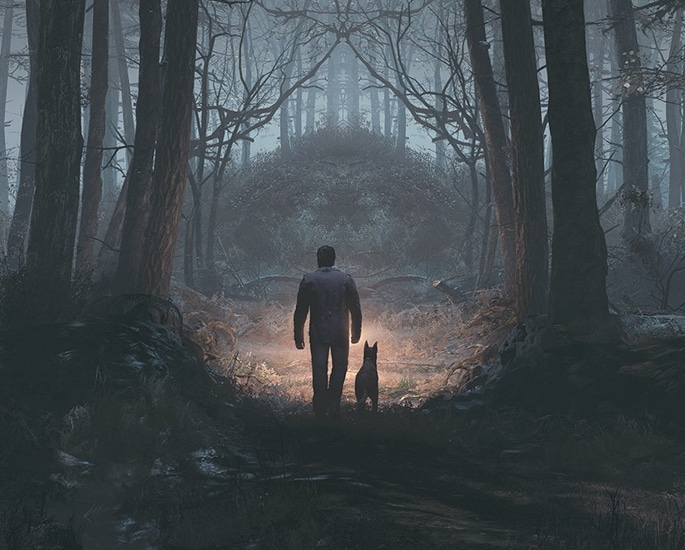 Blair Witch became a cultural hit when the film released in 1999 and many have called for an equally terrifying game.

Fans have got their wish as Blooper Team has developed the game. They are considered to be the ideal choice and at Gamescom 2019, the demo was shown.

The frightening nature of the film has been captured in the new game.

The game takes elements from other horrors and incorporates them to create a nightmarish experience.

Players control Ellis, who looks to find out about the disappearances of several people in the area.

He is accompanied by Bullet, a trusting dog who may prove to be a helpful resource, especially when encountering the Blair Witch.

Your way of surviving is to flash your torch in her direction and to run.

The mixture of flickering lights and music which builds as the creature nears is what a quality first-person horror game should be.

It promises to be a genuinely scary experience when the game releases on August 30, 2019. 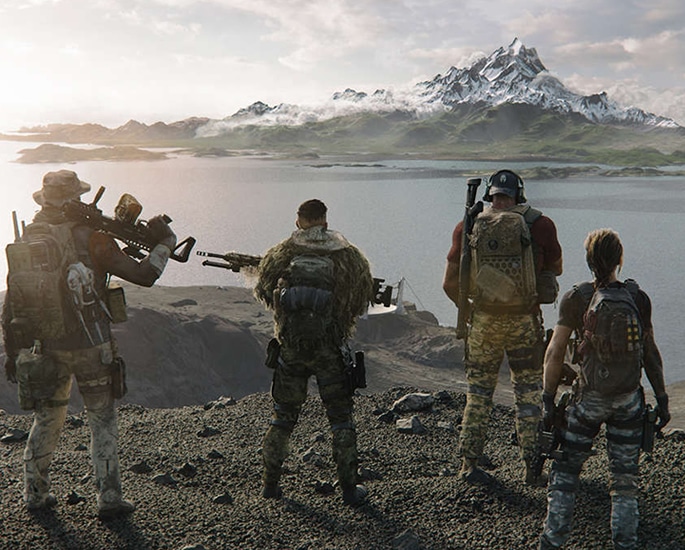 When it comes to the best upcoming multiplayer games, Ghost Recon Breakpoint is leading the way.

At Gamescom 2019, visitors had a chance to play the game and 4v4 is arguably the most fun mode to play.

It gives players the option to pick and customise classes which range from medics to snipers. When it starts, all eight players fight in a compact map.

A small map makes gameplay fast-paced and always entertaining. There will be no wandering around looking for enemies.

Breakpoint is a tactical game compared to other multiplayer games. Players have a plethora of weapons to choose from, as well as gadgets such as scouting drones and shock grenades.

When a player is down, an ally can resurrect them, but once all four are down, the game is over.

As time goes on, the map shrinks. This prevents matches from becoming tedious and it makes contests exciting and frantic. 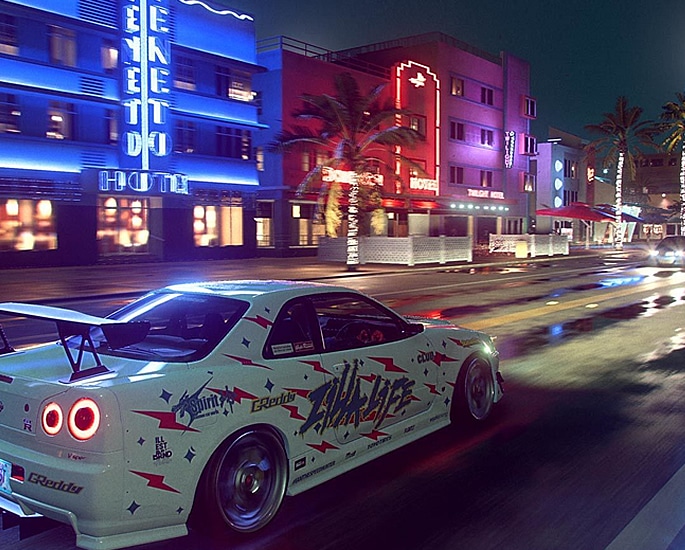 The 24th instalment of the popular Need for Speed franchise was showcased during Gamescom and it looks to be an exciting racer.

It goes back to its roots of street racing as it is set in the open-world of Palm City, a fictionalised version of Miami.

Players can race during the day or at night depending on what they switch to.

During the day, players can take part in sanctioned race events, which reward players with cash to spend on upgrades and new vehicles.

At night, players can try out illegal street races which earn rep. The higher the rep, the more aggressive the police will be in trying to stop you.

Police will take different measures to stop you and the way to escape them is to get back to your safehouse.

With 127 different cars and paired with the vibrant map, Need for Speed Heat looks to be an exhilarating racing simulator. 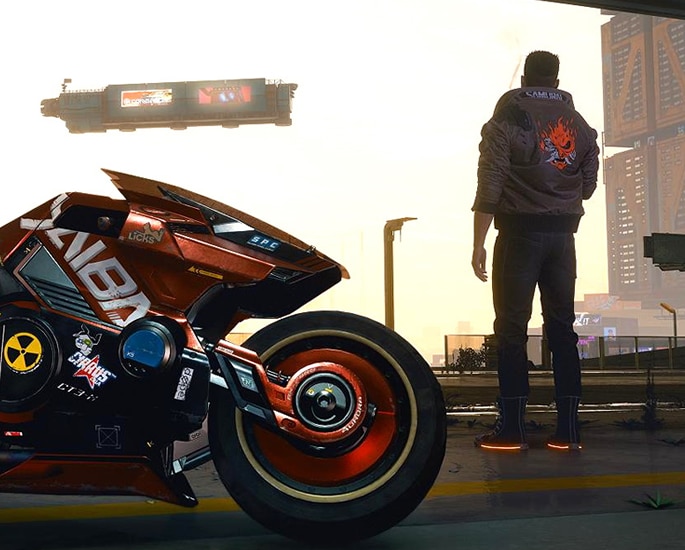 Cyberpunk 2077 was unexpectedly announced at E3 2019 and it quickly became one of the most anticipated video games.

That was mainly due to the fact that Hollywood actor Keanu Reeves would be in the open world, neo-noir release.

Reeves will play Johnny Silverhand, a well-known character from the original Cyberpunk tabletop game from 1988.

Players will control V from a first-person perspective. V is a mercenary whose features are highly customisable.

While there has been some information about what players can do in the game, plot details remain scarce. It will combine action, gore and humour.

At Gamescom 2019, the pristine graphics were shown off, highlighting the futuristic setting in all its glory.

The game was also announced to be on Google Stadia. It is a release that the developers are already considering for the future of video games. 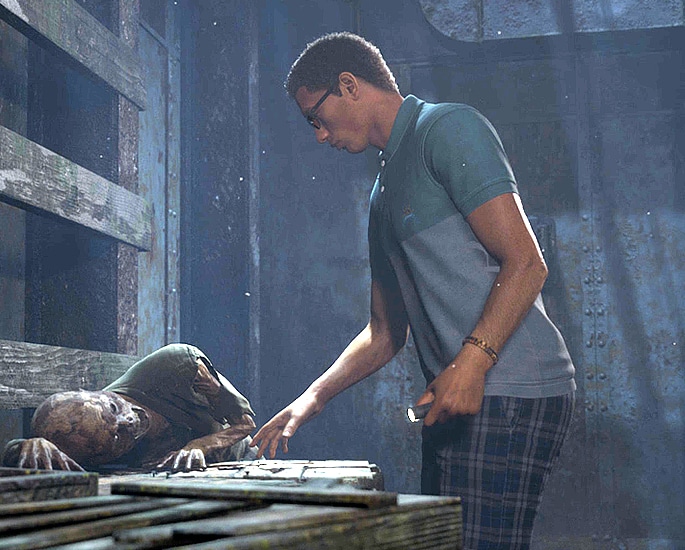 One anticipated, yet under-the-radar game that was talked about was The Dark Pictures Anthology: Man of Medan. It is a horror game from the makers of Until Dawn.

It tells the story of a group of people who travel to the South Pacific Ocean for a holiday but when a storm approaches, they end up trapped in a cursed ghost ship along with its captain.

Players take control of five characters and they have to make wise decisions when interacting with other characters.

The story changes depending on the choices which can affect the outcome on a character’s life.

While it is possible that all characters will survive, there is a chance that all of them can be killed. It all depends on the choices made.

Quick-time events can also change the nature of the story.

As players explore the ghost ship, different dark pictures can be found which give the players a glimpse of what may happen in the future.

As it is made by the creators of Until Dawn, expect a terrifying ride filled with jump scares when it releases on August 30, 2019. 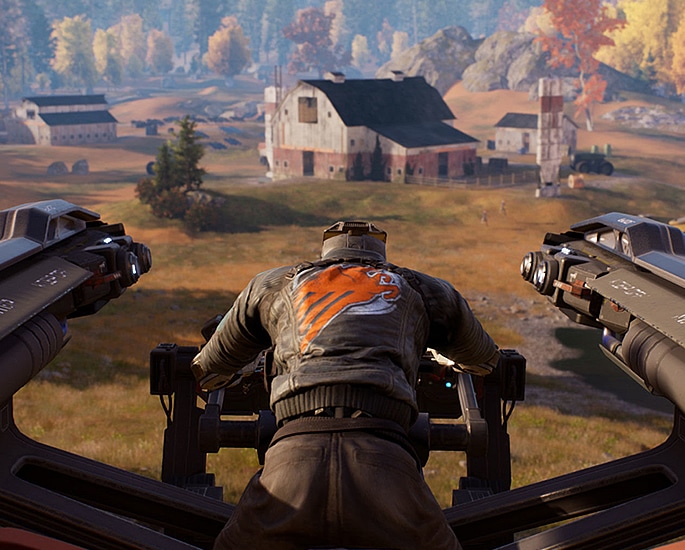 Disintegration is a game which brings something new to the first-person franchise as it combines traditional multiplayer gameplay with the player vs environment experience.

The game comes from the co-creator of the Halo series, Marcus Lehto, and he stated that the game takes elements from the series as well as putting a new spin.

Players will control Roamer, a robotic pilot of a Gravcycle, a heavily armed vehicle that can hover over battlefields.

The Gravcycle can be used while also commanding a small squad of allies. This brings together real-time tactics with first-person shooting.

According to Lehto, there will be a full single-player campaign which focuses on various characters along with a “huge” multiplayer component.

Even though it does not release until 2020, Disintegration is a great gameplay concept that combines first-person shooters with real-time strategy.

Even though some of the games were announced prior to Gamescom 2019, new details and gameplay footage gave gaming enthusiasts a glimpse of what to expect.

A variety of genres only entices gamers as there is something for everyone.

While some are set to release in a few weeks, others will not come out until 2020. But, this does not decrease any of the hype.

Dhiren is a journalism graduate with a passion for gaming, watching films and sports. He also enjoys cooking from time to time. His motto is to “Live life one day at a time.”
India’s Bengaluru gets its First ‘Robot Restaurant’
The 10 Most Anticipated Video Games of 2020