India has withdrawn it’s bid to host the 2019 Asian Games in Delhi, after missing the submission deadline set by the Olympic Council of Asia.

"There is no more chance of bidding for the 2019 Asian Games. Honestly, the time was too short."

India has abandoned its bid to host the 2019 Asian Games in New Delhi.

It comes after the Indian Olympic Association (IOA) were unable to meet the deadline imposed by the Olympic Council of Asia (OCA) due to a lack of support from the Indian government.

India had hoped to use many of the facilities which had already been built for the 2010 Commonwealth Games in Delhi for the Asian Games of 2019, but had already missed the deadline of July 1st to submit their bid to run the event.

The deadline of July 1st had been established by the OCA after Hanoi pulled out in April. The Vietnamese capital was originally awarded the games two years ago, but said they were under too much economic pressure.

The IOA requested a 15 day extension on the deadlines but this was refused by the continental federation. They were instead given “a few extra days” in which to hold meetings with the Indian government to confirm the details of their bid.

However, the IOA proved unable to arrange a meeting with Prime Minister Narendra Modi. This meeting was seen as the last chance to resurrect their attempt at hosting the games. 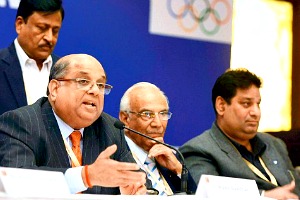 The dropping of India’s bid to host the Asian Games in 2019 was confirmed by IOA general secretary Rajeev Mehta:

“There is no more chance of bidding for the 2019 Asian Games. We had already sought an extension from the OCA which has ended and we failed in our efforts to meet the Prime Minister. Honestly, the time was too short,” he said.

“We first got the letter from the IOA on June 26th when our government was just over a month old while the OCA deadlines was July 1st. We had very little time to finalise the bid document which we failed to do despite our best efforts,” he said.

The possibility of India hosting the Asian Games in 2019 had seemed unlikely. The 2010 Delhi Commonwealth Games went ahead amid many corruption charges, and a 14-months suspension of the IOA from the International Olympic Committee was only lifted earlier this year after the appointment of Narayana Ramachandran as President.

It is thought that the Indian government may have been unwilling to support the bid due to concerns over expenditure and the financial strain of the sports event.

This is particularly likely as Prime Minister Modi was elected in May on the promise that he would impose fiscal discipline in India and introduce economic reforms. 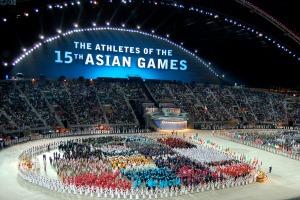 Financial problems are becoming a trend in the Olympic Movement, as countries find the hosting of these large sports events an increasing strain on the economy.

This is an unfortunate situation for India however, who has a proud history of hosting the Asian Games: it held the inaugural games in 1952, and again in 1982.

The withdrawal of India’s attempt to host the 2019 Asian Games leaves Indonesia, who came very close behind the Vietnamese capital Hanoi in the original contest in 2012.

Indonesia proposes that the games would take place mainly in the capital, Jakarta. Among those supporting Indonesia’s bid is the OCA honorary vice-president Wei Jizhong.

Following an inspection visit to the country in May, he said: “[I] didn’t think other competitors can offer better conditions that Indonesia for the time being.”

However, other countries are still bidding: Taiwan, Malaysia and the Philippines have expressed interest. It remains uncertain though whether the OCA would accept them as the deadline has passed.

The final decision on who will host the 2019 Asian Games is due to be made on September 20 during the next holding of the event in the Korean city of Incheon.

Eleanor is an English undergraduate, who enjoys reading, writing and anything media related. Aside from journalism, she is also passionate about music and believes in the motto: “When you love what you do, you’ll never work another day in your life.”
FIFA World Cup 2014 ~ Semi-Finals Roundup
Bollywood goes World Cup Mad on Twitter