The South Asian Games 2019 returns after three years, for its 13th edition. We preview the Indian and Pakistan teams, along with athletes to look out for.

Twenty-seven sports will feature in the competition. There will be places up for grabs to feature in the 2020 Tokyo Olympics. It also allows these Asian countries to showcase their young upcoming talent.

Desi sporting fans will also see thrilling action between India and Pakistan. The battle for medals continues and Pakistan will be looking for vengeance, as India remains superior.

Furthermore, India arrives at the South Asian Games 2019, with a large contingent of challengers. Pakistan in comparison will have a smaller team competing in the individual events.

Interestingly, the opening ceremony will enable athletes to introduce themselves in front of their beloved desi fans, representing their respective home countries.

We preview teams from India and Pakistan, along with the rivalry between these two great nations. 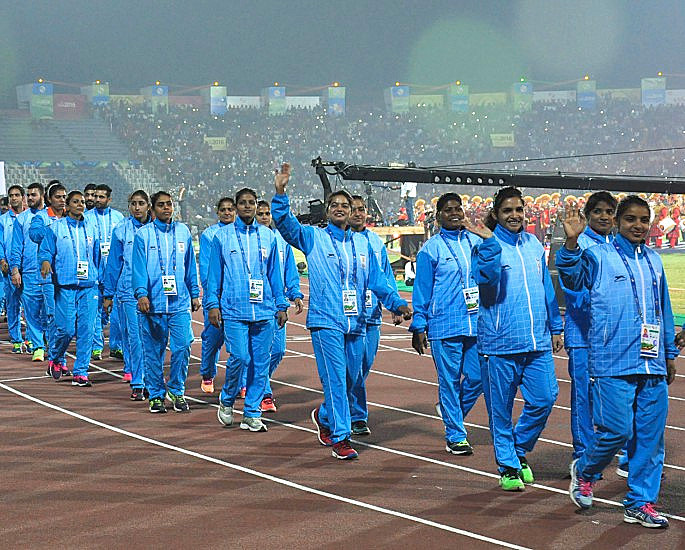 Team India feature in 17 out of 28 games and there are high expectations from then. Based on their 2016 campaign, they should sail past other teams.

Taking into account their strong kabaddi side, Deepak Hooda is an experienced challenger who will strengthen the team. He has been appointed as the new captain of the 12-member Indian men’s kabaddi team.

In an interview with Sportstar, he shares his thoughts on being captain and India’s hopes of success. He states:

“Well, I don’t feel any pressure but definitely a lot more responsibility. And, this I am enjoying a lot really.”

India has taken an interesting approach to athletics as the younger generation will be contesting the big stage. Athlete Jabir Madari Pillyalil offers experience and a danger to the rest of the field.

As for swimming, India is optimistic of maintaining their exceptional form from the 2016 South Asian Games in Guwahati and Shillong, India.

The Swimming Federation of India (SFI), have adopted their most talented swimmers to battle it out. Maana Patel, Sajan Prakash and Virdhawal Khade form a strong trio.

Tennis also could benefit India and their chances of a medal are high. Saketh Myneni and Jeevan Nedunchezhiyan are looking to be a strong prospect as they have featured in the Tennis Davis Cup. 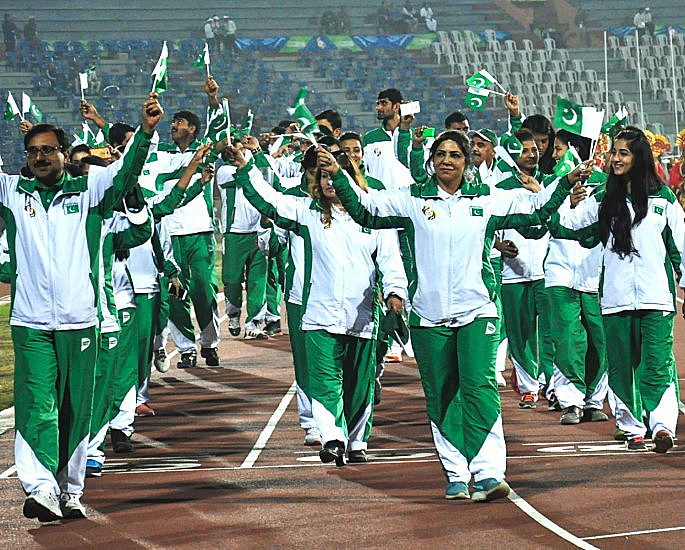 Pakistan will look to eclipse their previous records in the South Asian Games, as they emerge as tough competitors.

Pakistan expects to field over 300 athletes as per approval from the Ministry for Inter-Provincial Coordination (IPC).

The green team also comes prepared and ready for the South Asian Games 2019, having invested their best sporting talents to compete.

Similarly to India, they bring forward a solid number of sportsmen and women that are capable of winning gold.

In weightlifting, Pakistan has the heavy backing of Talha Talib and Nooh Dastgir Butt. Having both won bronze at the Commonwealth Games 2018, they pose a danger to their rivals.

According to Tribune.com, Talib is relishing his chances of success at the South Asia Games 2019. He claims:

“I’m happy that I’ll get one more chance, and I know I can improve.

“It is great news for everyone in the region but especially for me and Nooh.”

We can expect a tough Kabaddi side, that is driven by the experienced and younger talent in the team.

Muhammad Inam Butt will look to stamp his authority on the wrestling mat once again. In an interview with Geo Television, he explains his preparation for the upcoming event:

“Time is very short and I have to keep myself ready for the South Asian Games. So, instead of waiting for a proper camp, I have started training in Gujranwala.”

In addition, Pakistan has also confirmed its women’s squash team that are favourites to succeed in 2019. These include Faiza Zafar, Amna Fayyaz, Madina Zafar, Muqadas Ashraf. 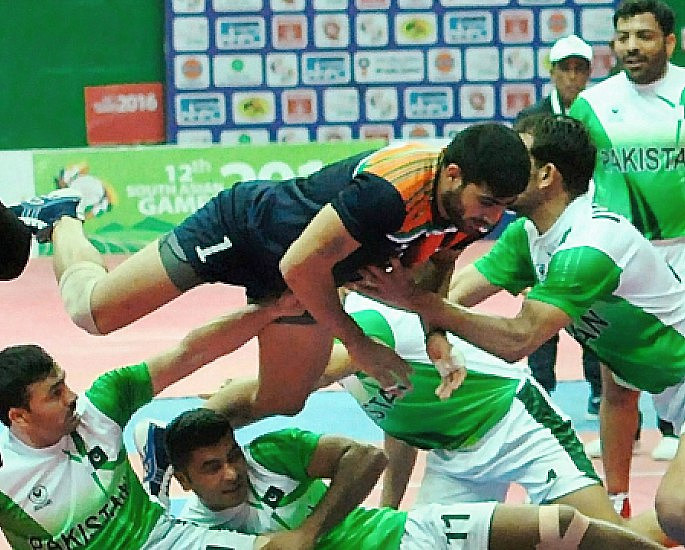 India has a total of 1100 gold medals, ahead of Pakistan’s 329 gold medals in the event history thus far. Therefore, India is certainly favourites to finish with the top honours once again.

Throughout the South Asian Games 2019, fans will witness a fearsome rivalry.

The Amateur Kabaddi Federation of India (AKFI) announced their final 12-member India men and women’s squad for the South Asian Games 2019. The Kabaddi games will commence from December 4, 2019.

With India asserting their dominance by winning two golds on February 15, 2016, Pakistan narrowly missed out. Pakistan will look to improve on their 2016 campaign, after taking silver.

Despite, the volleyball event already getting underway, it’s unpredictable to call who will be the winners. With India being the reigning champions, they are wary of Pakistan.

Talking to the Times of India, Indian coach G. E. Sridharan says Indian will face a tough test against Pakistan in the South Asian Games 2019:

“This event is challenging in the sense that we have already lost twice to Pakistan, in the Asian Games and the Asian Championship and we will be playing them again.”

The Athletics Federation of India has focused on future prospectc for the South Asian Games 2019.

Sandra Babu and Aparna Roy are two new debutants from Kerala in the national team. According to Times of India Aparna Roy is ecstatic at her chance of glory:

“I’m so happy to be in the national team for SAF Games. It’s a huge honour.”

Pakistan, have incorporated some experienced athletes into their athletics team. They will be looking to take advantage of the inexperienced Indian youngsters.

The glittering ceremony opened and presented the Games at the Dasarath Rangasala Stadium, located in Tripureshwar on December 1, 2019.

Doordarshan sports and Nepal TV are amongst the broadcast rights holders, proving a LIVE feed of the games, which will be shown across fifteen countries worldwide.

Fans are expected to be full in attendance, in what promises to be an exciting South Asian Games 2019.

Ajay is a media graduate that has a keen eye for Film, TV & Journalism. He likes playing sport, and enjoys listening to Bhangra and Hip Hop. His motto is "Life isn't about finding yourself. Life is about creating yourself."
Amir Khan ‘discredited’ in Twitter Feud over Riffat Khan
Indian Wrestler Babita Phogat marries Wrestler Vivek Suhag