An Indian man sent pictures to his mistress on WhatsApp before committing what police say was a suicide. But his family suspects foul play.

"He seems to have cut himself on the chest and sent the selfie of the same to her."

A 36-year-old Indian man in New Delhi has allegedly committed suicide according to police reports.

The Delhi resident was married for 16 years and even had two sons.

Police confirmed that after reviewing Narayan’s phone he appeared to be having an extra-marital affair.

Narayan had sent his mistress images of his stabbing himself before committing suicide.

Police received a call regarding a suicide around 9 am on December 2, 2018.

Vijay Kumar a police commissioner said the incident was suspected to have taken place on the evening of December 1, 2018.

However, the victim’s family only alerted the police the following morning after the family had worried when Narayan hadn’t returned home from work. 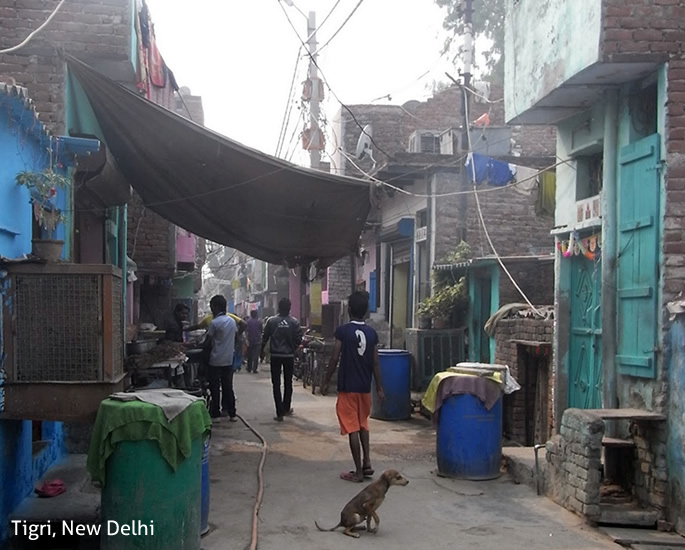 The police found the victim after he had hanged himself. Narayan had worked as a cable operator.

A police officer told Times Of India anonymously, that the victim who had been married for 16 years, befriended a young woman after providing her with a cable connection a few months back.

Narayan is supposed to have contacted the woman frequently with suspicions that the two were romantically involved.

The police deduced from the nature of conversation being exchanged on the social platform WhatsApp, that the two were having an extra-marital affair.

It has been reported that Narayan wished to make his illicit affair a publicly known relationship but the woman refused.

Narayan was found with a bottle of alcohol near his body when police found him and they confirmed the father of two had been drinking.

From his phone, it appears he was trying to meet his mistress but she declined his requests, at which point, Narayan made deep cuts in his chest with a knife, sending the disturbing images to the young woman.

The family of the deceased are currently rejecting claims that Narayan committed suicide, they are suggesting he was murdered and this suicide has been staged.

“When he did not come home I came to check on him and asked the neighbour who asked me to check myself. I called out his name and then entered the cable shop. When I entered the room I saw him hanging with cuts on his throat and chest.

“I believe someone murdered him and then hung him like this from the hook.”

One of Narayan’s son’s said his father had come home for lunch that day but after that point, he was unreachable via phone.

There has been no suicide note identified by police.

The family members have a photo of Narayan’s feet are seen to be touching the ground while the cable wires are still wrapped around his neck.

This family suspects foul play and are contesting police suggestions of suicide.

“He also seems to be in a relationship with some other girl outside of his marriage, with whom he frequently chatted over WhatsApp and over the phone.

“Last night as well he spoke to her and sent his pictures after consuming liquor.”

“He seems to have cut himself on the chest and sent the selfie of the same to her.”

The body has been sent for a post-mortem inspection while police have collected the mobile phone, a bottle of alcohol, a glass, a blade and a knife from the scene.

Jasneet Kaur Bagri - Jas is a Social Policy graduate. She loves to read, write and travel; gathering as much insight into the world and how it works. Her motto derives from her favourite philosopher Auguste Comte, "Ideas govern the world, or throw it into chaos."
British Asians Struggle for Top Jobs despite Better Results
Gay Pharmacist Mitesh Patel jailed after Murdering Wife for Male Lover