The inability to unsend messages is the bane of modern social life. DESIblitz reports on what could be a revolutionary feature in development at WhatsApp.

Users will be able to 'recall' or edit messages within five minutes of them being sent.

It probably isn’t a stretch to say that everyone, at some point, has sent a message they have regretted. From an entirely misguided endeavour to a horrific typo. There are plenty of risks when it comes to messaging apps such as WhatsApp.

Now though, the popular messaging service is working on a way to ‘unsend’ or edit sent messages.

For the longest time, this has been a major problem. Any unwanted messages are only deleted locally.

This means that the message in question remains on the other user’s device, making the whole deletion process pointless.

As reported by the Mirror, a message deletion system that accounts for both sender and receiver became included in a recent beta release.

In 2016, reports emerged of WhatsApp developing a similar system, but without the time limit. Any message that had not been read by the receiver could be recalled or edited.

The fact this has been moved away from the app may suggest that the approach had problems.

Although, this entire feature still being in beta could equally suggest that WhatsApp is experimenting. There’s no denying that implementing a feature that allows the ‘unsending’ of sent messages is no easy thing. 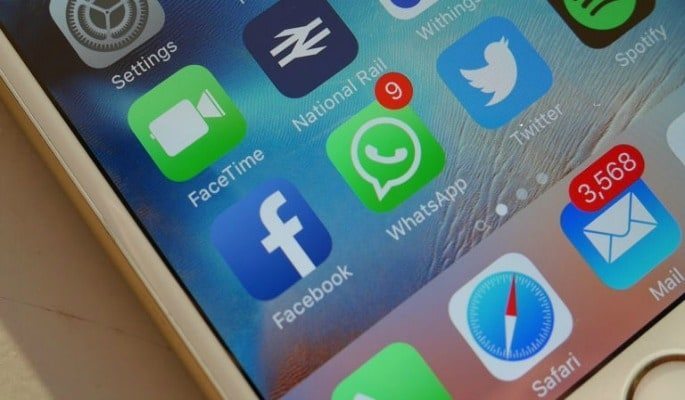 Such a feature is just one of the many that remain in development for the messaging service, however. The company is seeking to build upon the inbuilt social features of the service.

One involves the option of sending friends a moving location. A similar feature has been part of WhatsApp for some time. Yet organising events and meet-ups via the group should be even easier with the ability to share a changing location.

In light of such features, it would appear that WhatsApp would seek to become much more social than a simple messaging service.

Between the recent ‘status’ updates and this latest moving location feature, the company would seem to be intent on making the messaging service the go-to tool for any and all social occasions.

Whether this makes WhatsApp a threat to its own parent company Facebook, owner of Messenger, remains unknown.

The possibility of enough room for two major messaging services certainly exists. But, with features like the moving location tool and especially a message deletion option, it wouldn’t seem surprising if WhatsApp were able to pull ahead.

Of course, Facebook recently announced a whole slew of new features coming to Messenger. And even if that were not the case, developments at WhatsApp would likely make their way to Messenger soon enough.

All the same, however, WhatsApp can coexist with Messenger, it would seem that there remains much in store for the messaging service.

With such services now a staple of modern life, it makes competition to get ahead only more important. And in this, features like message deletion could become crucial to winning people over.

Should the feature prove successful in beta, we shouldn’t have to wait long to test it out.

3 Reasons Why Destiny 2 will be Better than the Original
Far Cry 5 Trailer welcomes you to Rural, Violent Hope County