Bollywood actress Bhumi Pednekar has wowed her fans with a series of sultry pictures from sexy photoshoots. Take a look at the stunning pictures here.

Actress Bhumi Pednekar who took Bollywood by storm after making her debut in Yash Raj’s Dum Laga Ke Haisha, has released a series of sexy pictures of herself after taking part in several steamy photoshoots.

Bhumi has wowed the internet after shedding kilos of weight to reveal her jaw-dropping body transformation.

It appears that the Bollywood actress is celebrating her incredibly toned figure by releasing the sexy pictures from her photoshoot on her social media Instagram account.

Already, the actress has expertly gained more than 102,825 likes in 15 hours for the collection of pics, and these numbers are increasing rapidly. For a role in the film Dum Laga Ke Haisha (2015), Bhumi was required to gain weight.

Playing an overweight bride in the rom-com, Bhumi made her debut after working as an assistant casting director at Yash Raj Films for six years.

Despite her weight gain for the role, the actress has impressed us by shedding it all so soon after the film was released.

Bhumi Pednekar’s quick transformation is certainly commendable. Take a look at the sizzling photos of Bhumi below. 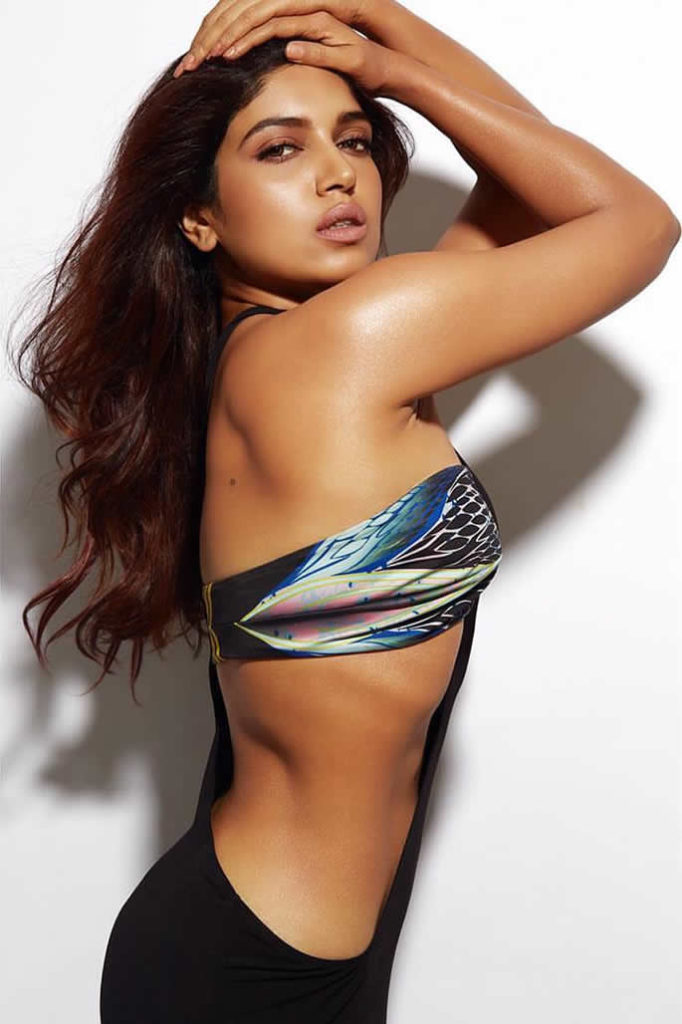 Not long after the pictures were released on Pednekar’s Instagram account, her fans went mad for the seductive images.

In the now viral photo, we can see Bhumi wearing a revealing and tight-fitting outfit that skims over her curves, complimenting her slim figure.

Striking a seductive pose, we can also see Bhumi’s loosely curled hair flowing behind her and down her back. The actress then strikes a pose with her arms above her head to accentuate her tiny waist. 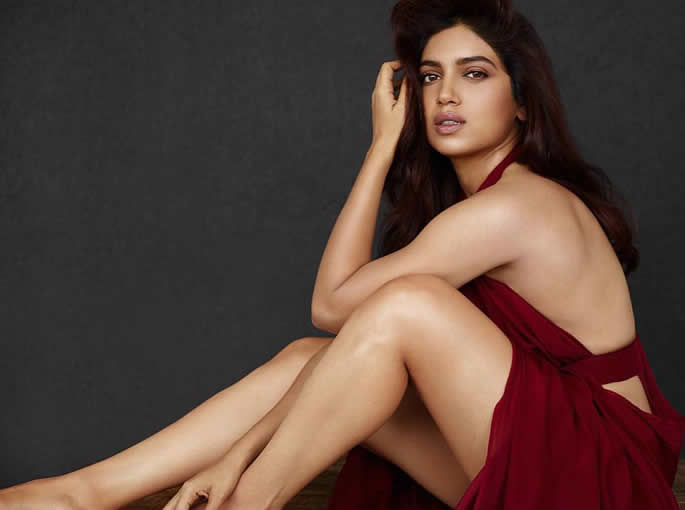 In another image of Bhumi, the actress decides to show off her perfectly sculpted legs. Showing off plenty of skin, Bhumi opts for a marroon red dress that draped itself over her body, leaving her back provocatively exposed.

Not to mention, Bhumi’s skin is looking radiant. Her skin is positively glowing, giving a soft and elegant feel to her overall look as she glances over at the camera. 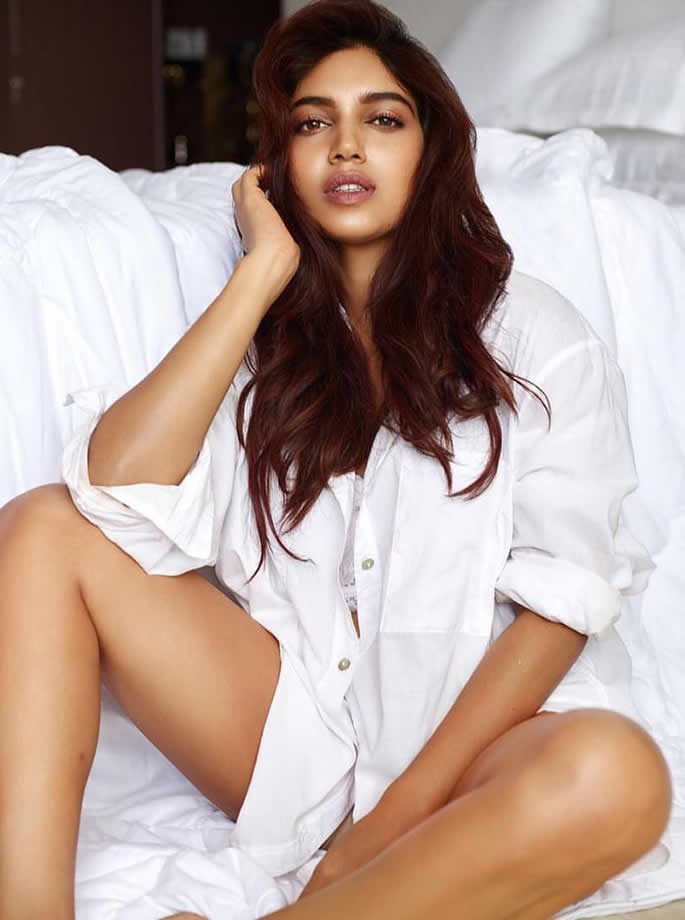 Bhumi continues to show off her legs in a couple of photos that show the actress posing next to a luxurious-looking white bed. 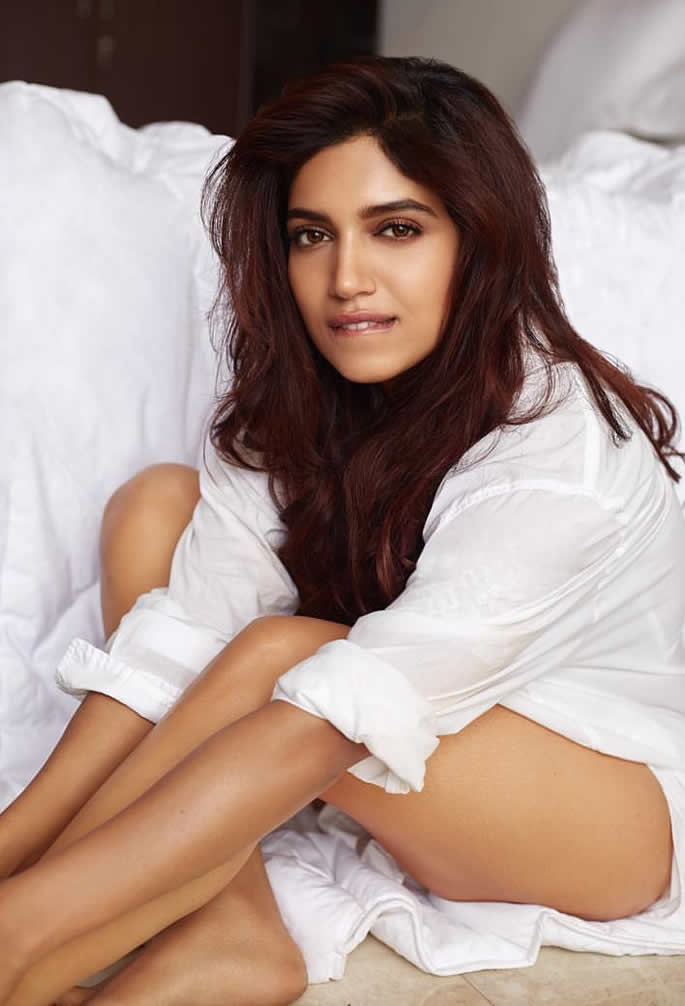 She matches the bed by throwing on an oversized white shirt with the sleeves rolled up, and seductively bites her lip in one of the images.

The actress then leaves little to the imagination as she unbuttons the shirt which seems to reveal a white lace bra underneath. Looking straight at the camera, Bhumi Pednekar is undeniably sexy in these pics.

A Pop of Yellow 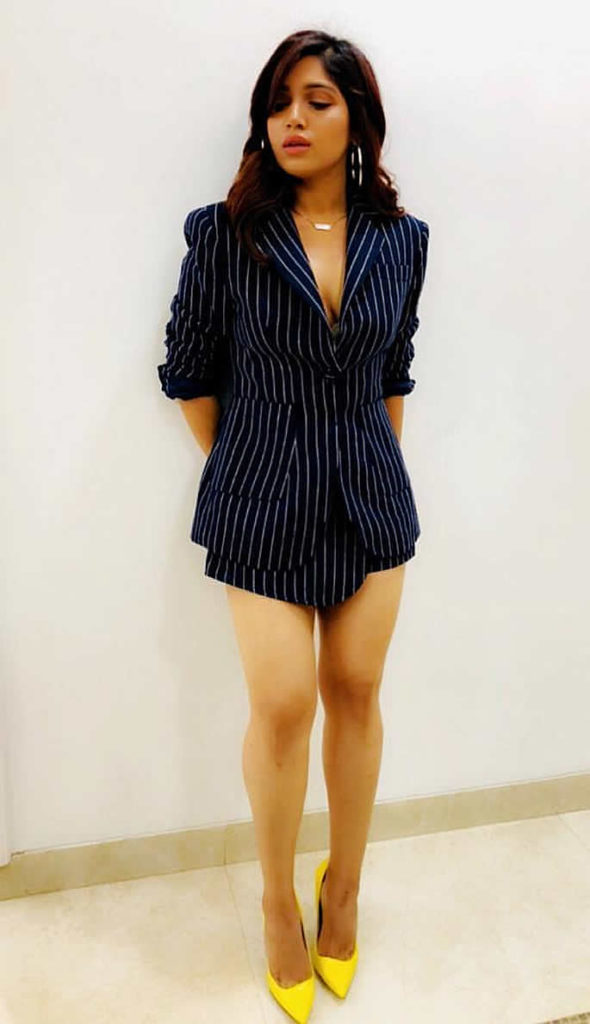 We then see Bhumi throw on a classic pinstriped suit to pose in a pair of eye-catching yellow heels.

The heels and vertical stripes featured in her business suit work together to draw attention to, and accentuate her long, toned legs.

She adds some simple silver jewellery in the form of a pair of earrings and a small necklace. These additional accessories pulled the outfit together and highlighted her prominent décolletage. 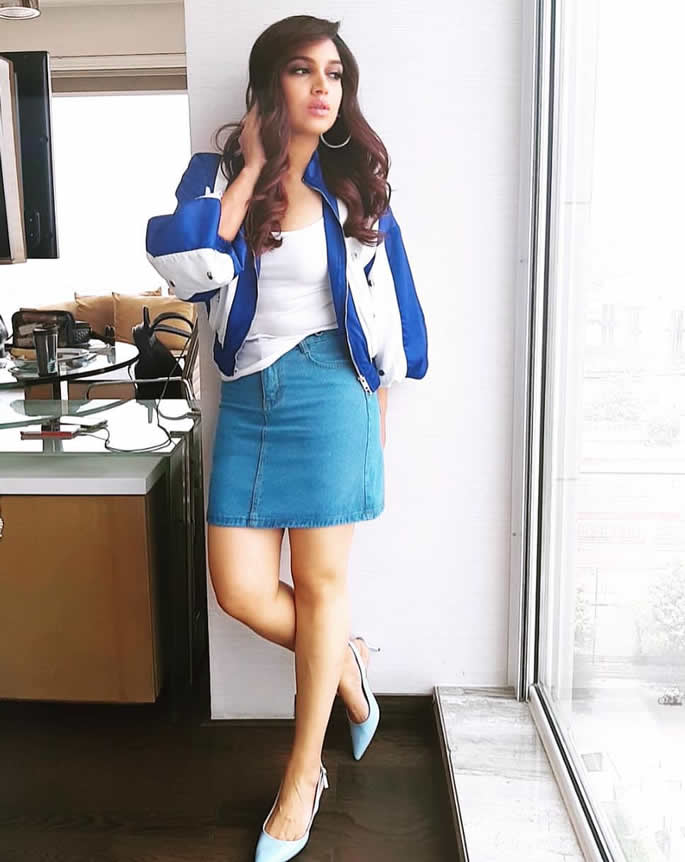 We are graced with yet another image of the stunning actress as she posed looking off into the distance.

Bhumi pairs a tight-fitting blue denim skirt with a pair of cute heels, to yet again draw attention to her legs.

In all of the images, Bhumi opts for a more natural look with her makeup. She sticks to the classic nude palette for both her eyes and her lips.

Keeping her makeup minimal puts all the attention on to her extraordinary body transformation.

With such striking and seductive poses alongside her drastic body transformation, we are not surprised that Bhumi’s recent collection of sexy pictures have garnered such a big response from her fans.

We last saw Bhumi Pednekar in the Netflix web-series Lust Stories. Directed by Zoya Akhtar, the star impressed fans and critics with her performance.

As well as this series and Dum Laga Ke Haisha, Bhumi, has also been seen in blockbuster films like Toilet Ek Prem Katha. She features in this film alongside Bollywood superstar Akshay Kumar and Shubh Mangal Saavdhan.