Thugs Of Hindostan: Reactions to the Trailer

Thugs Of Hindostan brings together the powerhouses of Amitabh Bachchan and Aamir Khan for the first time – but are they friends or foes?

“If freedom is a crime, let the punishment be mine”

The much-anticipated trailer of the forthcoming Bollywood film Thugs Of Hindostan has been released and it certainly packs a punch.

After being teased with the logo reveal and character posters, fans were finally able to see the movie come to life in the form of the trailer.

The trailer which garnered millions of views within the first day features an introduction to each of the characters in this historical epic.

Amitabh Bachchan plays the character of Azaad, the leader of the Thugs who is fighting against the British. 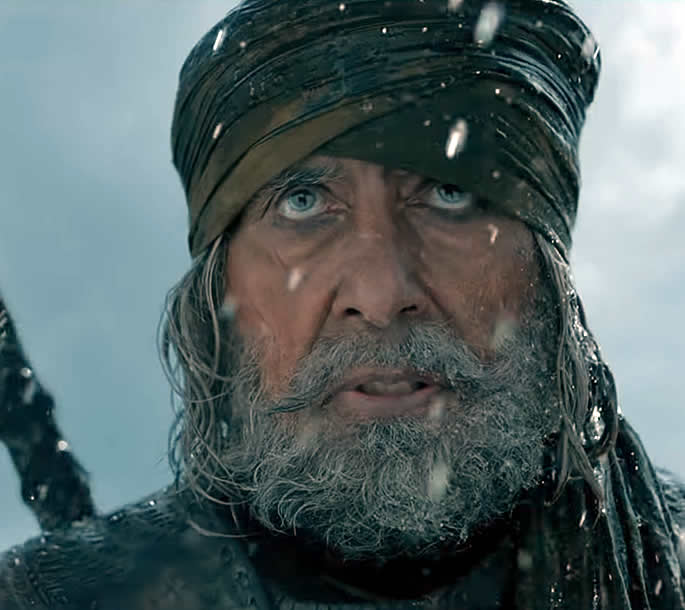 The opening sequence of the trailer shows the Thugs preparing to go to war against the East India Company who arrived in India in 1975 to trade. Not wanting to be slaves to the British, the Thugs put up a fight which leads to a battle of epic proportions.

The trailer depicts the movie to have high-octane stunts and epic dialogues.

As Azaad is brandishing a sword and running towards the British, he says: “If freedom is a crime, let the punishment be mine.”

Interestingly, the meaning of Azaad is ‘freedom’ which perfectly shows what the Thugs are fighting for.

Fans of Amitabh Bachchan took to Reddit to express their appreciation for Azaad, with one user saying:

“Good to see AB doing action at his age, like his Hollywood counterparts” and another user expressing his opinion, “Hats off to him. Doing such stunts with heavy costume, that too at age of 75”. 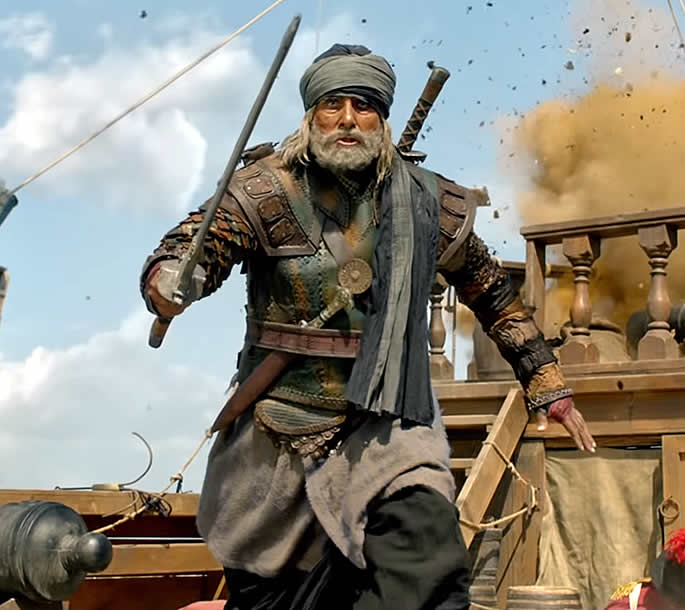 Firangi played by Aamir Khan is hired by the British to catch Azaad and take down the Thugs.

Although throughout the trailer, it appears to be that Firangi is playing both sides.

Finally, Katrina Kaif is introduced to us as Suraiyya, a dancer and performer who plays Azaad’s love interest. 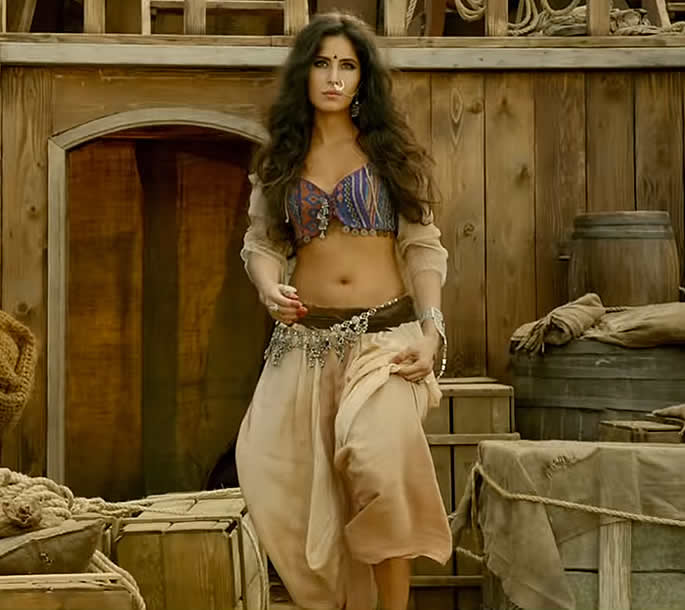 Katrina’s fans took to Twitter in support of the star, with one user commenting:

“We love you Katrina Kaif whatever you do, we support you always and we are supporting this movie only for you.”

Although there has been a lot of hype for the trailer, it has found criticism with people saying that it is similar to Pirates of the Caribbean.

One Reddit user said that Aamir’s character Firangi is “a cross between Willy Wonka and Jack Sparrow” with another user dubbing the movie “Thugs Of Hollywood” due to its similarities to the blockbuster Hollywood franchise. 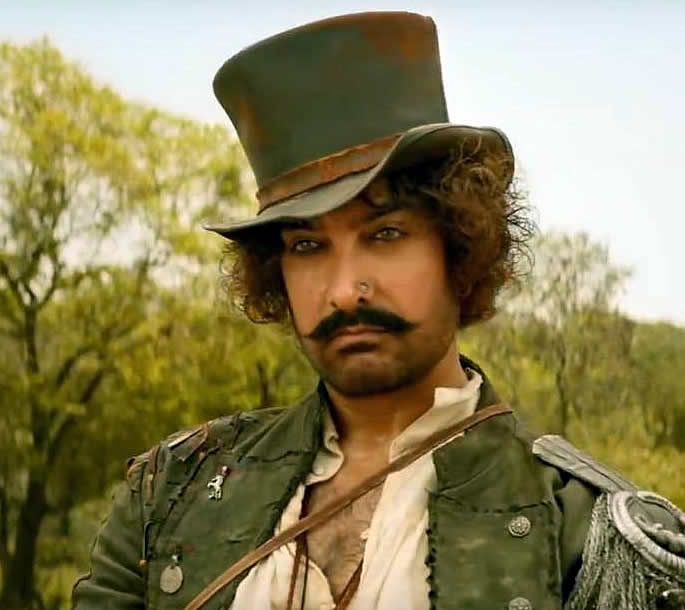 “I have been excited for this movie for like it seems like almost a year and after watching the trailer I am so disappointed. The CGI looks like a 15-year-old video game graphics.”

With another user expressing similar disappointment:

“I really didn’t like the trailer whatsoever! I was expecting it to be a good trailer. Somehow they have copied it from Pirates of the Caribbean.”

Despite these similarities with Pirates of the Carribean and some of the negative responses, the trailer has amassed over 45 million views and still has a lot of excitement building up around it, especially the coming together of Amitabh Bachchan and Aamir Khan for the first time.

“Two legends of this era, Amitabh Bachchan & Aamir Khan to mark a milestone in the history of Indian cinema.”

Whilst another fan commented:

“It’s a treat to watch Amitabh Bachchan and Aamir Khan together onscreen.” 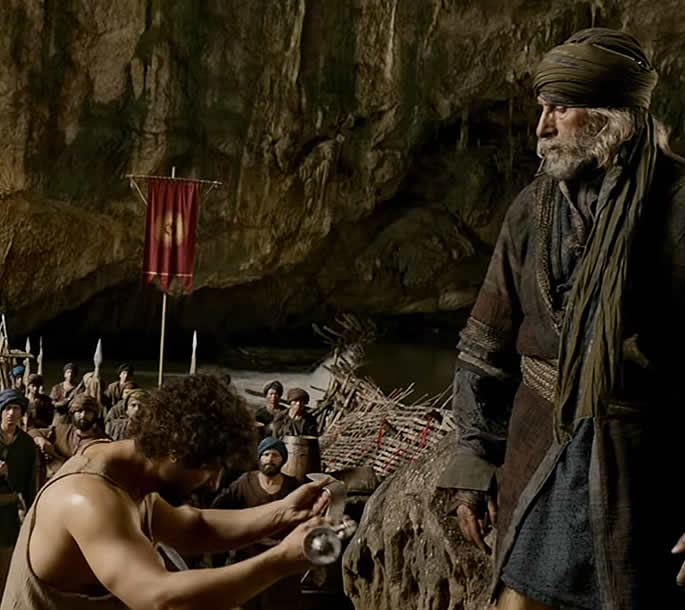 The closing few seconds of the trailer shows the two going to war in an epic sword fight which leaves fans wondering who will come out on top, and whether they will ultimately join forces against the British or not.

Aamir Khan is known for portraying out of the box characters on screen, with his previous films such as Dhoom 3, PK and Dangal going on to breaking box office records.

Dangal is currently the highest-grossing Hindi movie of all time, but will Thugs Of Hindostan break this record and set the box office on fire?

November is set to be a profitable month for the box office, as two weeks after the release of Thugs Of Hindostan, Rajinikanth and Akshay Kumar’s 2.0 is releasing.

Check out the official trailer for Thugs Of Hindostan. 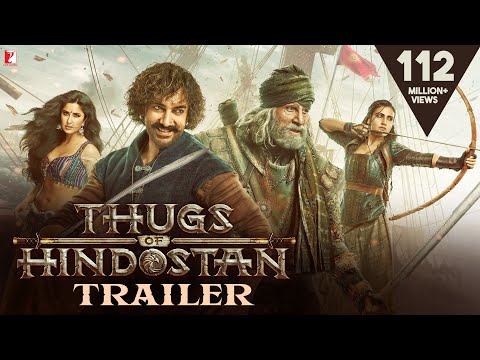 The Yash Raj film will be released on November 8th 2018.

Hamaiz is an English Language and Journalism graduate. He likes to travel, watch films and read books. His life motto is “What you seek is seeking you”.
Deepika Padukone & Alia Bhatt first on Koffee with Karan 6
Priyanka Chopra cheers on Nick Jonas at Celebrity Football Match