In an exclusive Gupshup with DESIblitz, Sidharth Malhotra talks about his upcoming release Kapoor & Sons and shares some behind-the-scenes experiences!

"They would call me Sidharth Beta and address him as Fawad!”

From the debut as a stylish student in Student Of The Year (SOTY) to the brawny wrestler in Brothers, Sidharth Malhotra has excelled as an actor with each venture.

As such, the collaboration with Dharma Productions continues with his next film, Kapoor & Sons (Since 1921).

Unlike his debut performance, Sidharth essays the role of an ordinary, struggling writer in his latest release. But what is ‘extraordinary’, is that he shares some exclusive behind-the-scenes experiences straight from set with DESIblitz. 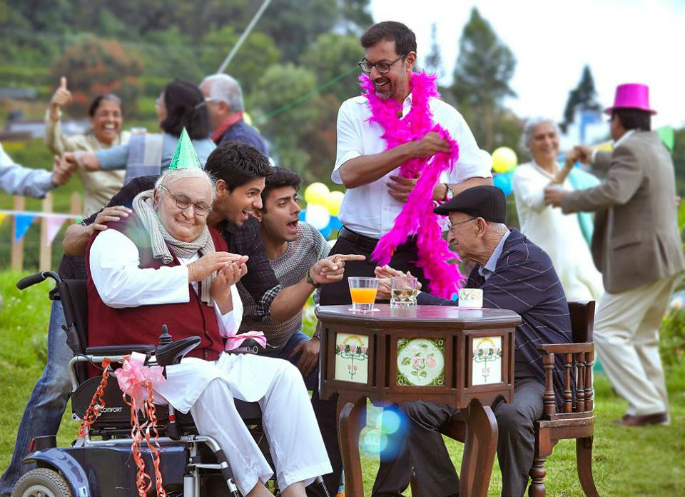 In the trailer, the ‘Kapoors’ brawl and exchange quirky/humorous one liners with each other. They are quite the dysfunctional family!

The film is not just about the laugh-out-loud performances, but it also depicts the importance of relationships … in unique Dharma Production style!

Sidharth explains that his character is often ‘overshadowed’ by his elder brother and blames the parents (played by Ratna Pathak Shah and Rajat Kapoor) ‘for not giving him enough attention’.

He also tells us how this plot is socially thought-provoking for parents:

“[The film] is for parents to maybe understand their children’s voice and where they come from.

“My character really voices what most of the youth may/would have against their mothers and fathers in terms of the way they make you feel if somebody is not doing well in life.” 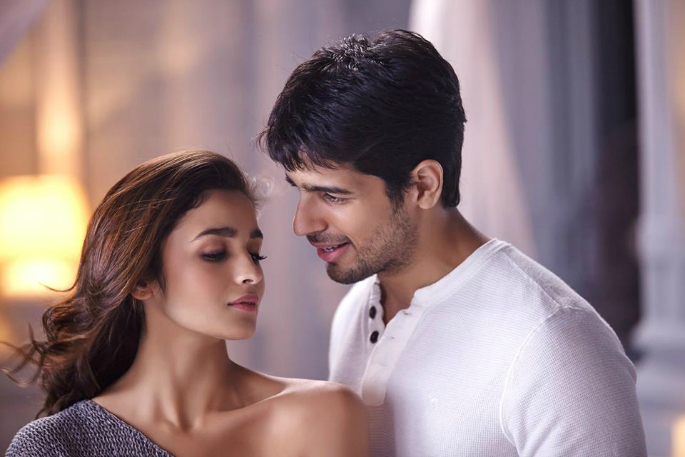 Overall, Sidharth felt that the plot related to his ‘growing up’ days when he would not bring up or openly discuss issues with the family. But one thing is for certain, Sidharth has worked hard to get into the skin of ‘Arjun Kapoor’ whilst shooting for 3-4 months in Coonoor:

“For this film, I felt that I should not gym and started doing yoga. Just to become lighter on my feet, I became a vegetarian.”

The mantra for Sidharth as an actor in this film was to ‘look the part’. However for an artiste like him, who is accustomed to pumping iron in the gym regularly and eating high-protein meat, one imagines this fitness change to be quite extreme!

Surprisingly, Sidharth felt that this was a pleasant and therapeutic experience. He explains how this helped to preserve energy and helped him to stay awake more:

“One of the fun parts of being on set was to use that energy to also play cricket or football. I would even cycle from the hotel. The weather was awesome too!” 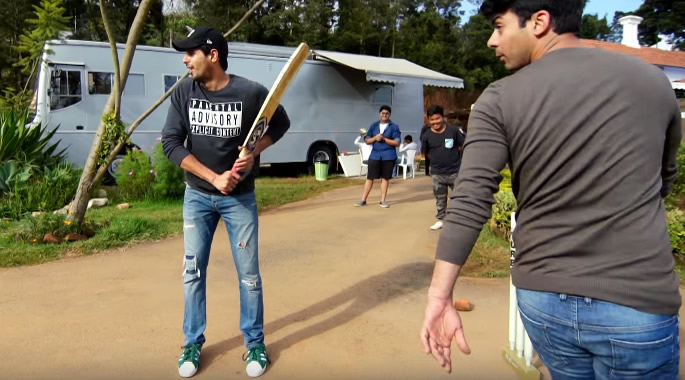 It seems like Kapoor & Sons was not just another film-shoot, but also Sidharth’s unique journey of self-exploration. But another interesting experience about the shoot was the interaction with on-screen elder brother, Fawad Khan.

In fact, let alone working together, this was the first time he actually met Fawad! Sidharth described how Fawad Khan has a huge fan-following with the ‘slightly mature, 40 plus women’:

“Every time we used to meet somebody slightly mature, they would call me Sidharth Beta and address him as Fawad!”

As such, Sidharth would often tease him about this connection, in good gesture of course! The first time of meeting the director, Shakun Batra held a dinner.

This was a fascinating moment for the Khan-Malhotra bonding as there was a culture exchange between the two actors:

“There’s certain words in Hindi and Urdu which don’t connect, so ‘masla’ (meaning ‘problem’) was his favorite word which he kept using again and again.”

The banter was not just between the two lead actors, but also with co-actors Rishi Kapoor and Alia Bhatt, with whom Sidharth Malhotra has worked with for a second time post SOTY. 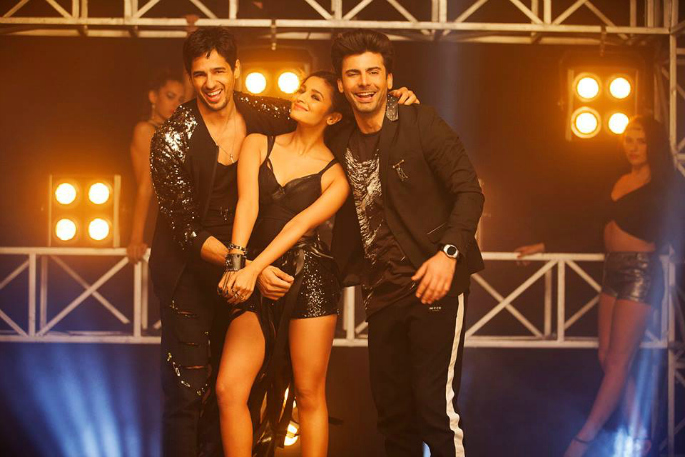 Rishiji’s make-up as ‘Dadu’ caught the eye of millions, even more-so as it was done by the Oscar-winning artist Greg Cannom (who also did the make-up for Brad Pitt in Benjamin Button).

However, do not get tricked by the new look! Although Rishiji essays a 90-year-old you’ll be amazed to know that Sidharth taught Rishi Kapoor to use Twitter.

This is what he told DESIblitz:

“He [Rishiji] did not know how to tag people (especially Sidharth and Fawad) through their handle. So I was teaching him that and hashtags. At his age he’s trying to get into social media and he’s very active!”

As for Alia, Sidharth Malhotra strongly feels that he needs to ‘up his game’ whilst working with her and hopes to work in a full-fledged romantic movie opposite Alia soon. Nevertheless, it would be interesting to see their undeniable chemistry in this film.

Listen to our exclusive Gupshup with Sidharth Malhotra here:

On the whole, Sidharth’s journey in the film appears to be quite worthwhile! From changing his diet and fitness practice to interacting with the actors, Kapoor & Sons promises to be a humorous yet touching family drama.

Plus, the Badshah-Fazilpuria chartbuster ‘Kar gayi Chull’ has won the hearts of the public yet again.

Anuj is a journalism graduate. His passion is in Film, Television, dancing, acting and presenting. His ambition is to become a movie critic and host his own talk show. His motto is: "Believe you can and you're halfway there."
Scandal and Revolt resumes in Indian Summers
The Times of India Film Awards 2016 Nominees