Are Sidharth Malhotra and Tara Sutaria in a Relationship?

Ever since Tara Sutaria admitted Sidharth Malhotra is her crush, the rumour mill has been in overload. Are the two stars dating in real life?

Actors Sidharth Malhotra and Tara Sutaria are the latest stars rumoured to be dating.

The duo has teamed up to co-star in Milap Zaveri’s Marjaavan (2019). The film also stars Riteish Deshmukh and Rakulpreet Singh in key roles.

Sidharth and Tara have been recently promoting their film, therefore all eyes are on them.

Previously, on the talk show, Koffee with Karan, Tara confessed she had a crush on Sidharth Malhotra.

Ever since then, speculations have surfaced about the two dating, yet neither of them has confirmed these rumours.

During an interaction on Pinkvilla, Sidharth and Tara were asked if they were dating. Sidharth Malhotra laughingly said:

“Main akela aaya, ab akela jaunga. I’m alone at home with my dog only. That’s how life is.”

Tara replied to the question saying:

“He’s a very good looking boy and we have done a film together. He’s very cute.”

She continued to mention that her co-star Sidharth is a “charmer.” 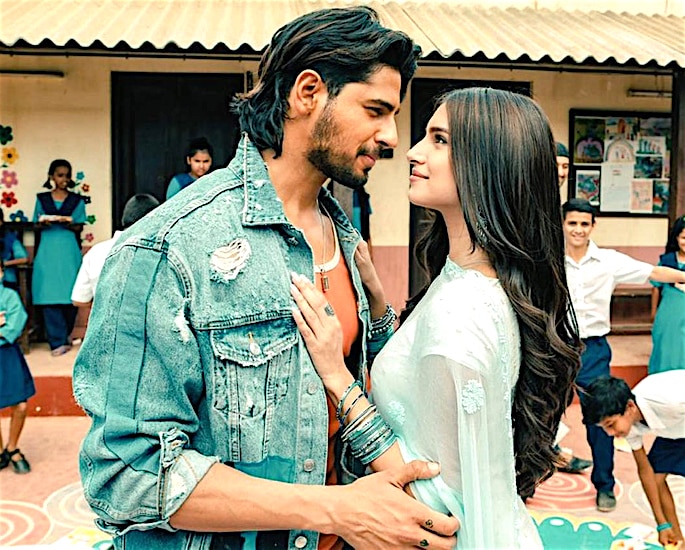 Could her response suggest things are not as they seem?

Sidharth and Tara also share a similar background. Like Sidharth, Tara does not have any industry connections nor does she belong to a filmy family.

The duo has made it to Bollywood on their merit, talent and determination.

In a recent interview, the actress was asked if she felt like an outsider in the film industry. She replied:

“Being an actor is most importantly a job, we’re all here to work so when someone talks about families and how they’ve grown up with each other, it’s all fine.

“But in the end, we’re here to work, not here to talk about families and friendships we’ve had since we were children.

She went on to mention how she hopes for this notion to end. Tara said:

“I do hope we can get over the concept of insider-outsider and talk about work, which is the most important.”

Like Tara, Sidharth declared he is an outsider in the film industry, however, his journey is different.

Despite this, Sidharth Malhotra and Tara Sutaria have learned from their individual experiences.

There is no denying the chemistry between Sidharth and Tara’s characters in Marjaavan. The film releases on November 15, 2019.

We wait to see whether their reel life romance blossoms into real life love.