Housefull 4 has been successfully running at the box office since its release. Yet, many critics are questioning the legitimacy of the box office figures.

"I was taught, ‘mind your own business’.”

Housefull 4 was directed by Farhad Samji and produced by Sajid Nadiadwala under Nadiawala Grandson Entertainment.

Chunky Panday and Johnny Lever support the cast with their exquisite comical timing.

Housefull 4 showcases a unique concept of reincarnation while being a comedy-drama. This is the first of its kind in the film industry.

The film has been well received by audiences. Yet, critics have accused filmmakers of Housefull 4 over manipulating box office figures.

Recently, in a media interaction, Akshay Kumar put an end to these speculations. He confirmed these reports were false and stated that “nobody is going to lie for this.”

The actor was asked whether he was upset regarding the rumours. He replied:

“Do I look upset? I am from that era where I have heard a lot of people say a lot of things. But I have never said anything. In my school, I was taught, ‘mind your own business’.” 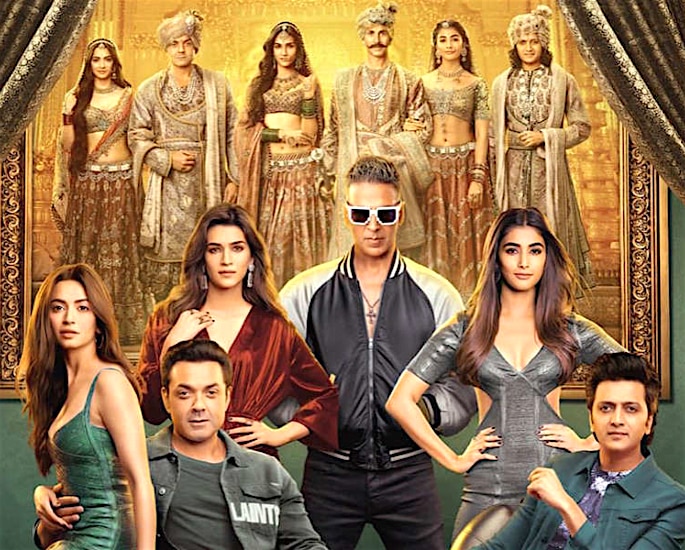 Akshay went on to mention that his answer regarding Housefull 4 will not change. He explained:

“It doesn’t make a difference. What will I do? You can talk to theatre owners. You will keep asking me this same question four times to get an answer.

“That answer is I am not writing all this. These people are writing it. I am not running anything.”

“My point of view is very simple, whatever comes in front of the media as you react to it, I react to it. So, there is nothing new about it.”

He continued to clarify that the production house for Housefull 4, Fox Star Studios, is a large corporation which makes millions of films.

They make masses amounts of money, thus, it would not make sense for them to increase box office figures.

Previously, industry experts have said box office numbers should not be shared publically. Akshay was asked for his thoughts regarding this, he said:

“If a corporate won’t put than anyone else will put it. It is like an open book, one can call the theatre and you can calculate it. I don’t think we shouldn’t put it, we should put it.”

Currently, Housefull 4 is profitably running at the box office and has crossed the Rs 150 crore mark.