Bollywood film Kalank has become a box office success on its first day of release. It has become the highest-opening film of 2019.

"Kalank becomes the highest opener of 2019!"

It surpassed Akshay Kumar’s film Kesari to become the highest-opening film of 2019. Other films that Kalank did better than include Gully Boy and Total Dhamaal.

The film’s success comes even though it released on April 17, 2019, to mixed reviews. Many said that the 2 hours and 48-minute runtime was too long. They also said that its storyline was not strong enough.

While some people have called it overcrowded, others have said it is “drop-dead gorgeous”.

The ambitious project may have been a mid-week release, but that has not stopped it from opening to a great response at the international box office.

Film critic and trade analyst Taran Adarsh tweeted a breakdown of how much the film made in the major areas of the world.

The previous number one of 2019, Kesari, was coincidentally also produced by Dharma Productions.

It was said that the film’s concept was thought of by the late Yash Johar and his son Karan Johar, about fifteen years ago.

However, the film remained in the backlog until Karan decided to revive it in 2018.

He tweeted alongside the film’s poster:

Kalank features an all-star cast which may have contributed to its box office success.

Along with the different themes of love, the period drama highlights the trials and tribulations of love with the spotlight on communal tensions.

The film is set in 1945 in the pre-independence British era.

It is worth noting that Kalank the biggest opener of Varun Dhawan and Alia Bhatt to date.

It is likely that the film will grow significantly at the box office as there is an extended weekend to look forward to.

See the Trailer for Kalank 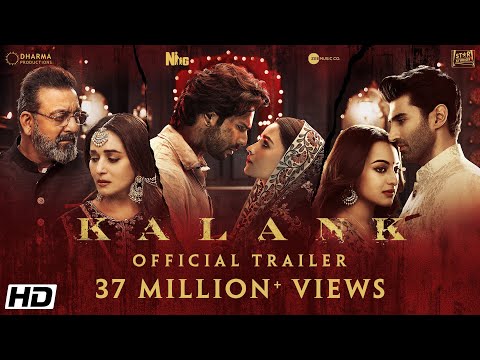 Dhiren is a journalism graduate with a passion for gaming, watching films and sports. He also enjoys cooking from time to time. His motto is to “Live life one day at a time.”
Sonam Kapoor lashes out at the Impact of Body Shaming
Ekta Kapoor responds to the Persistent Marriage Question