Agneepath was first released in 1990 starring the awesome Amitabh Bachchan in the lead role. Now, a remake starring Hritihik Roshan play Vijay Deenanath Chauhan has made its way into the Bollywood history books by breaking box office takings on its opening day.

"Agneepath has taken a historic opening"

Agneepath has stolen the crown for being the top Bollywood film to take the most takings at the box office on the first day, beating Salman Khan’s Bodyguard. It is the first Bollywood smash of 2012. 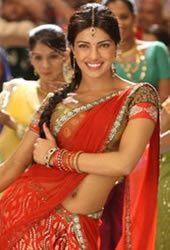 This masala thriller remake was produced by Karan Johar and directed by his former assistant Karan Malhotra and distributed by Dharma Productions.

Karan Johar is said to have had the intention of remaking the original Agneepath ever since the film released 22 years, because according to him, the commercial failure of the film broke his father’s heart, Yash Johar, who was the founder of Dharma Productions.

With its release on a public holiday in India, on Republic Day, the film attracted large audiences. Since its release according to trade analyst Taran Adarsh, Agneepath has grossed a whopping Rs 51.6 crores during its first weekend. 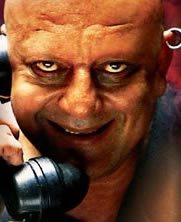 Set in a small village of Mandva, the story is about revenge by Vijay Deenanath Chauhan (Hrithik Roshan) for his father’s death committed by drug barron Kancha Cheena (Sanjay Dutt). After being taught the path of fire ‘Agneepath’ by his father before his death, Vijay vows to come back to Mandwa after leaving for Bombay with his pregnant mother. At the age of 12, Vijay is taken under the wing of Rauf Lala (Rishi Kapoor) a gang lord. Then with support from his long-term friend, Kaali (Priyanka Chopra), Vijay spends fifteen years making and braking relationships to fulfil his way back to Mandva, to avenge his father.

Many say this is Hrithik’s best role yet and there is much noise about the roles played by Sanjay Dutt and Rishi Kapoor as the villans, as exceptional. Here is the official trailer and a special behind the scenes look at the making of Agneepath:

The film has been well received and crtics. Gaurav Malani, Times of India, gave it a ‘Better than Good.’ verdict; Piyali Dasgupta of NDTV, said:

“Comparisons are inevitable in a remake, especially when they involve Amitabh Bachchan. This is where Agneepath scores the first win.” 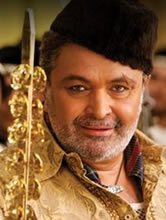 The actors have had huge complements for their blockbuster. Hrithik Roshan, Sanjay Dutt and Priyanka Chopra have been tirelessly thanking people for complementing their acting and success. Reactions from them on Twitter included:

Sanjay Dutt: “Thank you everyone for all the support and wishes for agneepath. Love you all.” 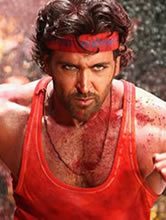 Reactions from other industry wallas showing their support for Agneepath included:

Kunal Kohli: “What I love most #agneepath is that it`s a `Hindi Picture` ! Love my Hindi Films. Always work. And how !”

Ali Zafar: “Had an off day after 25 days. Saw Agneepath @ Chandan theatre. Quite an experience.”

Preity Zinta: “@priyankachopra @iHrithik @kjohar25 All the best 4 the Film guys ! All of u did a great job in…. Agneepath … Agneepath….Agneepath !!.”

For Hrithik this is one big achievement and has brought him into the limelight of Bollywood actors. Totally pleased with the news, the star came out into Mumbai to thank fans and said: “Agneepath” has taken a historic opening… It has gone beyond expectations! History used to be my worst subject in school, it has suddenly become my favourite now that “Agneepath” has created it (laughs)! I went to many theatres and sort of relived the “Kaho Na Pyaar Hai…” (his first film) sensation once again, only this time I was able to absorb it better”

Agneepath has now finally had its revival that Karan Johar hoped for and on its way it has given actors not called Khan some well deserved recognition and success. Now it remains to be seen who next in Bollywood will set the target to beat Agneepath’s success at the box office.

Amit enjoys creative challenges and uses writing as a tool for revelation. He has major interest in news, current affairs, trends and cinema. He likes the quote: "Nothing in fine print is ever good news."
Abhishek Bachchan leads the Players
57th Filmfare Awards 2012 Winners