Abhishek Bachchan plays the lead guy in Players, the official Indian remake of the Italian Job. This version goes for gold which is on a train including Mini cars used for the job. DESIblitz.com caught up with Abhishek Bachchan to find out more about the film.

"the last twist of 'Players' takes you by complete surprise"

The Italian Job is a cult Hollywood movie that’s been made twice, originally in 1969 and then in 2003. Now, Bollywood has made its version based on the 2003 Hollywood film, called ‘Players’ with the leading role of Charlie Mascarenhas played by Abhishek Bachchan.

Players tells the story of how two thieves, Charlie and Riya, played by Bipasha Basu, team up with Ronnie played by Bobby Deol, Spider played by Neil Nitin Mukesh, Bilal played by Sikander Kher and Sunny played by Omi Vaidya to rob a train in Russia which contains 10,000 crores worth of gold. This is after Charlie and Riya discover a CD-ROM full of the information left by Raj (cameo by Aftab Shivdasani) who was killed by the Russian Mafia. 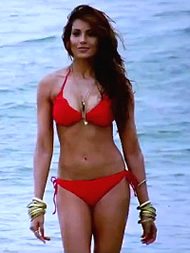 The operation to rob the train features the skills and tribulations of this enigmatic team throughout the film as the gang rob the gold bullion from Russia successfully. However, it’s revealed that Spider double crossed the players and has fled with the gold, whilst the others celebrated the success of the robbery. At this point, Naina played by Sonam Kapoor, joins the team to find the traitor, retrieve the heist and settle the score.

A new screenplay was produced by Rohit Jugraj and Sudip Sharma for Players to give it some difference from the Italian Job as a whole. Abbas-Mustan known for their thrills, stunts and action, made sure the film had that edge. The film was shot in locations including India’s Goa, Siberia, St Petersburg and New Zealand’s Wellington and Auckland. It was released worldwide on 6th January 2012 by Viacom 18 in association with the Burmawala Partners.

DESIblitz met up with Abhishek Bachchan to find out more about the film and his role as a real daddy after the wonderful news of his and Aishwariya Rai Bachchan’s baby daughter.

Amitabh Bachchan, Abhishek’s legendary father, praised the film on his blog saying: “Abhishek has been able to spend an entire day with us after ages — he being flown in every day to different locations for his promotions for ‘Players’ releasing in a few days on the Friday — a fast paced slick film with some rather picturesque and daring stunts in some of the more remote regions of the world — New Zealand to the North Pole via Russia, well almost.”

When asked what advice Bachchan senior gave Abhishek for his acting career, Bachchan junior told us:

“To be truthful, to be honest and to be hard-working and to keep working, that’s the most important.” 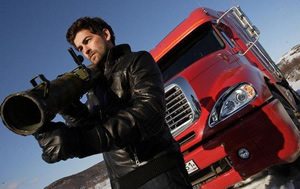 The film has received mixed critical acclaim. Joginder Tuteja from IndiaGlitz gave it a positive 4 out of 5 stars and said “Fantastic – That’s what you end up exclaiming once the last twist of ‘Players’ takes you by complete surprise. Oh yes, there are around half a dozen or more twists in this film, something which was pretty much expected since the men at the helm of affairs are Abbas-Mustan.” Whereas, Sukanya Verma of Rediff gave the film a rating of 2 out of 5 stars while commenting “Players is lacklustre and unimaginative.”

Despite the critics, Abhishek totally enjoyed playing the role of Charlie and fans have liked the film. Known for his love of cars he told DESIblitz he would love to own a high performance 69 Shelby car. Being a tall guy he would need lots of leg room for sure because during the making of Players he had problems getting in and out of the Mini cars!

Players is out in cinemas everywhere, so go see the gold rush featuring lots of actions sequences, cars, stunts and the gorgeous Bipasha Basu and Soonam Kapoor giving us their feminine touch to this planned Indian job!

Sonia has a passion for presenting and journalistic challenges. She has a special interest in music and Bollywood dancing. She loves the motto 'When you've got something to prove, there's nothing greater than a challenge.'
Don 2 uncatchable at the box-office
Agneepath smashes the Box Office