Bollywood actor Abhishek Bachchan became the first Indian to play in the annual NBA All-Star Celebrity Game. DESIblitz finds out what he got up to!

“It’s an absolute honour...I promise next year I’ll be back to represent India in a better way.”

Bollywood star Abhishek Bachchan enjoyed an unforgettable Valentine’s weekend in New York – but not with his beautiful wife, Aishwarya Rai.

Instead, the actor was shooting hoops and shaking hands with NBA legends at the All-Star Celebrity Game at Madison Square Garden on February 13, 2015.

Abhishek was recently named the Goodwill Ambassador for NBA All-Star Weekend 2015. He also became the first Indian to appear in the annual Celebrity Game.

He said: “I’m excited and honoured to be attending my first-ever NBA All-Star as a goodwill ambassador to the league.

“I know my trip will show fans in India the excitement, energy and athletic ability of the NBA game and its players.”

He continued: “Basketball is my first love, and I look forward to supporting basketball’s continued growth in India.”

With a back strain, the actor hardly made an impression on court. However, that did not get in the way of his celebratory mood. Abhishek had a fanboy moment when he spotted LeBron James from an arm’s length away.

He then got up close and personal with Shaquille O’Neal and shared a precious moment with his Championship ring.

The ultimate Instagram moment came when he snapped one with his childhood idol and the legendary ‘Magic’ Johnson.

The five-time NBA champion bravely announced his HIV positive status in 1991 – at a time when AIDS was a fatal disease closely associated with homosexuals.

But Abhishek was keen to return, saying: “It’s an absolute honour and thank you so much to the NBA for this opportunity. I promise next year I’ll be back to represent India in a better way.”

The Celebrity Game kicked off the NBA All-Star Weekend in New York. A series of events and competitions followed, such as the Slam Dunk contest and three-point shooting contest.

Like previous years, the All-Star Weekend wrapped up with the All-Star Game, featuring top players from across the league.

This year saw the West Coast avenge their defeat in 2014. They won 163-158 against the East Coast and Oklahoma City Thunder’s Russell Westbrook was awarded MVP (most valuable player).

As with many other American sports, entertainment is one of many highlights of the event.

Grammy-winning singer Christina Aguilera gave a stellar performance, belting out New York-themed tunes like Livin’ In the City and Empire State of Mind. 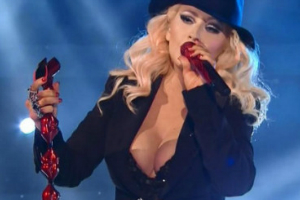 Rapper 50 Cent and singer Rihanna were among other celebrities at Madison Square Garden over the weekend.

Dikembe Mutombo, one of the greatest defensive NBA players of all time, was also seen sharing a laugh with former president Bill Clinton at courtside.

Mutombo made an appearance in London earlier this year, when New York Knicks played Milwaukee Bucks at The O2 Arena on January 15, 2015.

NBA has been dedicating efforts to expand its reach and appeal beyond the United States. The current season of NBA Global Games has scheduled nine teams to play seven games in six different countries, including China and Brazil.

The game is yet to come to India, but Abhishek’s invitation to the All-Star Weekend suggests this day could come sooner than expected. Time to polish up your dribbles and shoots, Abhishek!

Scarlett is an avid writer and pianist. Originally from Hong Kong, egg tart is her cure for homesickness. She loves music and film, enjoys travelling and watching sports. Her motto is “Take a leap, chase your dream, eat more cream.”
India beat Pakistan at ICC Cricket World Cup 2015
2015 FA Cup Fifth Round Recap