Don 2 uncatchable at the box-office

Don 2 has smashed its way to the top at the box office especially in North America. The action packed thriller starring Shahrukh Khan as the sly and shady character of Don has brought Bollywood films into the modern age and look with stunts, visual effects and a story line on par with Hollywood.

Don 2, The King is Back, is officially the highest grossing Bollywood film in North America to collect over $3.2 million (USD) at the box-office in its first weeks of release. Similarly, it has done extremely well in the UK, where it passed the £1 million mark in its opening week from 21st December 2011. The film remains strong in the Top 10 UK Box Office.

SRK’s Don 2 has surpassed the collections of the Hrithik Roshan starrer ‘Zindagi Na Milegi Dobara’, which had created noise at the box office by becoming the first Bollywood movie to cross the $3 Million mark in North America. Also, it beats SRK’s ‘My Name Is Khan’ which opened to a respectable $2.55 million in 2010. 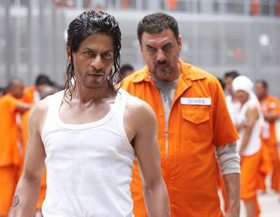 Compared to Ra.One, SRK’s own big production of 2011, Don 2 has surpassed it buoyantly. Ra.One made $2.5 million in North America which is considerably lower than the takings of Don 2. It is also the highest opening Bollywood film in Canada’s history. It’s anticipated that Don 2 could earn about $8 million in its abroad taking overall.

In India, Don 2 crossed the Rs. 100 crore in collections making it the ninth Bollywood film to have entered the exclusive Rs. 100 crore club, along with Salman Khan’s Bodyguard, Amir Khan’s 3 Idiots and SRK’s own Ra.One.

Released by Reliance Entertainment, the film shot mainly in Germany has all the ingredients for an action packed and very modern day Bollywood thriller with an exceptional and unexpected twist at the end, leaving the door open for possibly a Don 3. 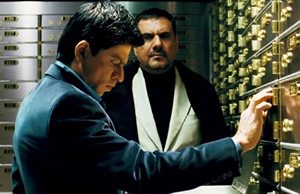 The movie is is being hailed as Shahrukh Khan’s best action film to date with him playing the role of the clever, devious and cunning, Don himself, who embarks on an ambitious plan to steal money manufacturing plates from a German bank using blackmail as a means for the job.

Priyanka Chopra plays the role of the ‘cat’ chasing Don throughout the film with a very convincing part as Roma, the lady cop. Boman Irani as Vardhaan, Don’s villainous but non-trustworthy partner of Don is exceptional. Kunal Kapoor superbly plays the technical wizard in the plot and Lara Dutta is Don’s sexy lady friend and accomplish. A cameo from Hrithik Roshan is icing on the cake. All in all, the film sets a very new and fresh precedence for Bollywood action films.

Being the first Bollywood film to be shot in Germany, the German government provided full co-operation and support for the film and a local film promotion company named Medienboard provided local support with 550,000 euros in the form of funds, a first time for an Indian film to receive such a big investment from a local media company.

Reviews for Don2 have been positive from audiences and critics alike. Fans reactions to the film include:

“#DON2 is charisma , and i am still in that charisma 🙂 , really BRILLIANT , everything is superb, acting,direction and script.”

“Watched #don2…..@iamsrk at his best…scintillating action movie with beautifully penned script…way better than don…4 stars out of 5..”

And a Bollywood convert said: “Just watched #don2 with my indian buddies, it was an experience of a lifetime. I will start watching more bollywood soon.” 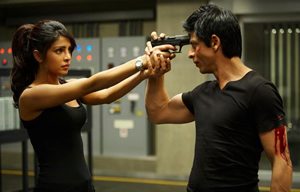 David DeWitt film critic for the New York Times described Don 2 by saying “If “Mission: Impossible” and “Ocean’s Eleven” had a bombastic, funny and slick cousin, it might be “Don 2.”

Nikhat Kazmi of the Times of India says “Don 2 is a classic action/crime thriller that doesn’t let go, even for a moment. More importantly, the plot has been finely crafted, with every twist and turn falling into place like a complicated albeit neat little jigsaw. The high point of the film is Shah Rukh’s delineation of the character of the Don.”

“The right package to woo the movie-going junta – SRK in top form, a stylishly crafted story, pulsating and invigorating action and stunts.” 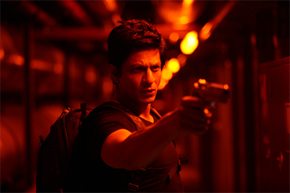 US Variety magazine wrote: “As written and directed by Akhtar and thesped by Khan, Don takes such devilish delight in confounding his enemies’ expectations that the viewer cannot help but revel in his cleverness even when disturbed by his unapologetic villainy, knowing smirk and arrogant self-assurance.”

SRK tweeted on the release of Don 2 in London on Twitter saying: “Getting good responses from london…yay! Feels strange the movie has released and we aren’t there. But then Don does all things differently”

Reaction from Farhan Akhtar the director of Don 2 on Twitter said: “Don 2 still going strong… And now time for me to get stronger for Bhaag Milkha Bhaag… Bring it on!!!”

With the final sequence in the movie showing Don 2 not caught by the police, the question rises will there be a Don 3 and if so, will it raise the bar even higher after this latest instalment of Don where catching Don is ‘namumkin’ as he says.

What did you think of Don 2?

Amit enjoys creative challenges and uses writing as a tool for revelation. He has major interest in news, current affairs, trends and cinema. He likes the quote: "Nothing in fine print is ever good news."
Don 2 is ready to Impress
Abhishek Bachchan leads the Players