Don 2 is ready to Impress

Don 2 starring Shahrukh Khan is the big final big Bollywood release of 2011. The sequel to Don (2006) the film aims not to disappoint with thrills, special effects and action galore, as the chase for Don re-kindles on the big screen.

"When it comes to Don, there is this really interesting relationship between Roma and him"

After the huge success of Don in 2006, Farhan Akhtar presents the much awaited sequel Don 2, which hits the screens in the UK on 21st December 2011.

The first film, Don: The Chase Begins Again, starring Shahrukh Khan was a remake of the Don (1978) starring Amitabh Bachchan. It was the fifth highest grossing film of 2006 in India, grossing over Rs. 104 crores worldwide. Don 2: The King is Back is now the next successive story with Shahrukh Khan once again, playing Don. 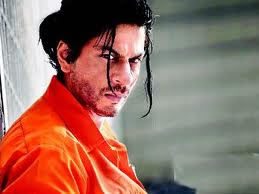 Chuck Comisky, a veteran S-3D innovator who supervised the 3D stereo and visual effects on Hollywood films Avatar and Sanctum, was roped in for the film.

Don 2 is ready for a bigger game of cat-and-mouse, and Shahrukh looks every inch the Don, all set for European domination and a big Christmas treat for SRK fans.

Sequences for the film were shot in Berlin in Germany making SRK the Indian actor to have successfully shot a film sequence in Germany, a country that is infamous for denying requests of international film shoots. “He is so famous in Germany and that made a great difference to shoot Don 2 there,” said producer Ritesh Sidhwani.

The film has it all, high speed car chases, big special effects and mind blowing stunts. Shahrukh did some of the key stunts himself, including jumping off a a 300-foot building in Berlin. When asked about the stunt SRK said:

“Honestly yes, it was very scary and any normal person would get jitters. We all had body double but Farhan wanted me to do this specific fall myself. I had to jump from a building and when I was standing on the edge I had only two thoughts that crossed my mind.” 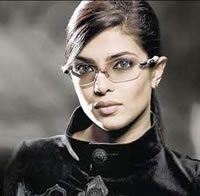 Priyanka Chopra plays Roma, the leading lady as a cop in the Don 2 and in the 2006 Don, the story showed Priyanka, falling in love with SRK. At the time she realised that he wasn’t really what he seemed and tables have pretty much turned for the lady who is now on a mission to destroy Don in the second instalment.

When asked about Roma’s character, Priyanka said: “When it comes to Don, there is this really interesting relationship between Roma and him. Her life’s mission is to catch him. Having said that, there is still something strange that draws her towards him. She is angry with him for what she has done to her but it is tough for her to hate him”

Here is the official Don 2 trailer: 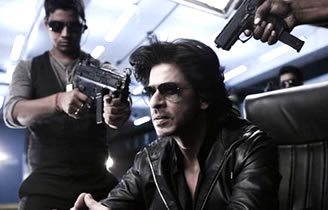 International territories are eager to receive the biggest sequel in Bollywood and it’s anticipated to become a milestone heist at box office globally. The worldwide release of Don 2 by Reliance Entertainment will be across 41 countries and the UK release is two days before India, the major market for the movie.

In reaction to the world-wide release, Farhan Akhtar tweeted on 20th December 2011: “Learnt yesterday that Don 2 will release in 41 countries worldwide. Wow!! I guess that’s the number of countries now out to catch him!!” 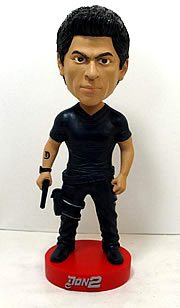 Prakash Bakrania, Reliance Entertainment’s UK Head states “We’re very pleased with the way ‘Don 2’ is shaping up and believe in its potential to deliver what the audience expects from this much awaited sequel. With Farhan Akhtar directing and Shahrukh Khan leading the huge ensemble cast, the cherry on this cake is the 3D version which we’re also releasing. We’ve kept in mind the Festive Christmas mood, the holidays and Shahrukh Khan’s huge UK fan base as we gear up to open the film here from Wednesday 21st Dec 2011.”

Merchandising and promotion of the film has included the launch games on Facebook and board games, Don 2 character toys, web chats on Google+, songs from the movie on YouTube in 3D, a comic book based on the film called Don: The Origin, a console game produced by Gameshastra and huge promotions of Don dialogues on social media and press releases.

Shahrukh tweeted in anticipation of the release of Don 2 saying: “Greatest high of film making is the nervousness theteam shares before release.Nobody else understands the pain the stakes love & letting go”

From the trailers and hype around the movie, Don 2: The King is Back looks like it is going to be a Bollywood smash and it all depends on how many people get to ‘catch’ Don over the holiday period.

Nazhat is an ambitious 'Desi' woman with interests in news and lifestyle. As a writer with a determined journalistic flair, she firmly believes in the motto "an investment in knowledge pays the best interest," by Benjamin Franklin.
Veena Malik sues FHM India
Don 2 uncatchable at the box-office