Sonam Kapoor lashes out at the Impact of Body Shaming

Sonam Kapoor has spoken about the subject of body shaming and the negativity surrounding the impact it has on people who are subjected to it.

"that can make you feel very insecure about yourself"

Sonam Kapoor has revealed that she was body shamed when she was growing up after she was asked about negativity on social media.

The actress was on Arbaaz Khan’s chat show Pinch where she opened up on how she deals with online trolling.

During the show, Arbaaz asked Sonam about the things that annoy her on social media.

He said: “Sonam, it’s pretty obvious that you have built some kind of immunity towards social media trollers but there might be something that still pinches you on social media.”

Sonam replied: “I feel like when anybody attacks your family, it’s kind of a negative thing. I don’t care about myself, my work or whatever, I think family is very sacred to me, I just feel like that can be very hurtful.”

Sonam then spoke about body shaming how it can have a massive effect on people. She also drew on fellow actresses Anushka Sharma and Sonakshi Sinha who went through the ordeal in the past. 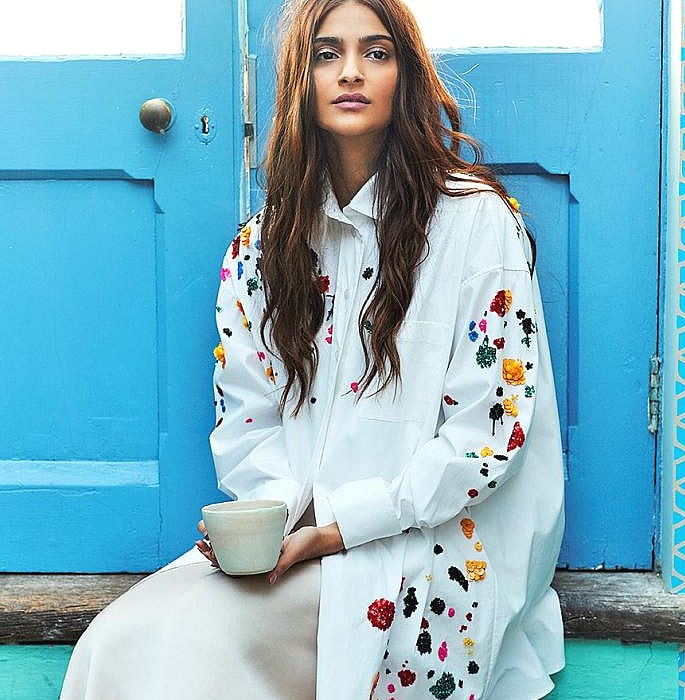 “Also, when anybody is body shaming someone… I remember, Anushka and Sonakshi went through a lot of body shaming.

“I find that very mean, because that can make you feel very insecure about yourself especially when you’re an actress you have so many people looking at you and judging you about the way you look, about the way your body is, your skin colour, whatever.

“The mentality needs to change because beauty is in the eye of the beholder.

“And you don’t expect to look a certain way and I wish actresses could be real about the way they look and I know till certain age I was called a Giraffe because I was too thin and then I gained weight and then I had a hard time with my weight as well.”

The Bollywood star explained that body shamers will judge you no matter how you look.

“Sometimes you don’t put on weight and then people look at you and say ‘oh my god itni patli hai, so thin and blah blah blah… khati peeti nahi hai… especially when you come from a Punjabi family and then they feed you so much and you gain weight and then say bahut moti ho gayi hai, kaali hai, lambi hai, kaun shaadi karega isse.

“All these things are not healthy, it’s not correct, it’s not mentally okay.

“People go through so many mental health problems, you can’t do that to people.”

On the film front, Sonam Kapoor will star in The Zoya Factor which is set to release on June 14, 2019.

Dhiren is a journalism graduate with a passion for gaming, watching films and sports. He also enjoys cooking from time to time. His motto is to “Live life one day at a time.”
10 Top Upcoming Tamil Movies of 2019
Kalank smashes Box Office as Highest Opener of 2019