In a recent interview, Bollywood actress Ananya Panday spoke out against body shaming and the effects it can have on someone.

"They (young people) end up valuing their worth"

Bollywood diva Ananya Panday has spoken out against body shaming and being on the receiving end of trolls.

Being the daughter of Bollywood actor Chunky Panday, Ananya has often been at the receiving end of trolling and criticism.

Ananya’s entry into Bollywood reignited the debate of nepotism in the industry.

The actress has been a prime target of Internet trolls since the day she made her entry into Bollywood.

Most recently, in December 2020, the actress featured in Netflix series The Fabulous Lives of Bollywood Wives.

Ananya’s mother Bhavna Panday, the wife of actor Chunky Panday, is one of the four main stars of the reality show.

On one episode, Ananya Panday was seen stealing dialogue from Khloe Kardashian of Keeping Up With Kardashians.

Ananya said: “I have grown up around you and papa abusing.

“When I was young, I thought my name was f**k because you all used to say it.”

However, viewers of The Fabulous Lives of Bollywood Wives were less than amused, with one Twitter user posting:

Ananya's dialogue was a sasta version of khloe's dialogue from keeping with the Kardashians.
Dialogues to apne le ao?
the tweets are enough to tell,that bollywood will forever remain a piece of shit.
Full of fakeness and yeah those accents?#TheFabulousLivesOfBollywoodWives pic.twitter.com/pWe8TKpsh4

Ananya has persevered throughout it all. Her latest movie, Khaali Peeli (2020) was released on OTT platforms amid the ongoing Covid-19 pandemic.

The actress is very active on social media and keeps entertaining her fans and followers with photos and videos. 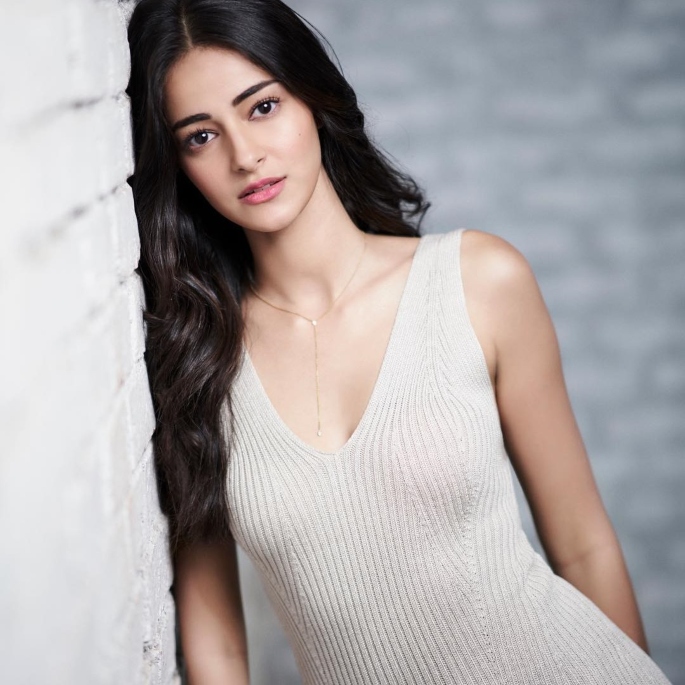 However, sometimes she gets trolled and receives obscene comments for her looks.

In a recent interview, Ananya Panday opened up about getting body-shamed on social media.

Ananya stated that body shaming could seriously impact young minds and end up affecting their self-worth.

She said: “Body shaming is unacceptable, especially when it happens to young people.

“They (young people) end up valuing their worth based on someone else’s harsh words.

“It appals me that we would willingly make a person feel bad about their body shape or size.”

Ananya further added: “We are meant to look different.

“We are meant to come in different shapes and sizes and colours…that’s what makes us beautiful!

“Body shaming is the worst thing a human can do to another, it’s the same as taking away their confidence and self-worth.”

The Pati Patni Aur Woh actress will next be seen starring alongside Bollywood actress Deepika Padukone in a yet-untitled film.

The actress revealed that her upcoming project will be directed by Shakun Batra.

Akanksha is a media graduate, currently pursuing a postgraduate in Journalism. Her passions include current affairs and trends, TV and films, as well as travelling. Her life motto is 'Better an oops than a what if'.
Vijay’s ‘Master’ to Release in Theatres in January 2021
Bangladeshi Director arrested over Film Depiction of Police