Akshay Kumar is the Highest-Paid Bollywood Actor in the World

It has been revealed that Akshay Kumar is the highest-paid Bollywood actor in the world but it has not always been like that as he explains.

"When I came in this industry, I didn't even have 200 rupees"

When it comes to the biggest stars in Bollywood, Akshay Kumar is a name that springs to mind.

He is deserved of such an accolade especially since he is the highest-paid Bollywood actor in the world. On Forbes List of Highest-Paid actors of 2019, Akshay was the only Indian on the list.

That is down to his longlasting career, however, he has gone through a number of ups and downs but he has managed to bounce back.

In an interview, Akshay explained: “I will tell you a few incidents. And it happened many times. I have seen the lowest phases.

“I have gone through ups and downs at least three-four times in my career which is a lot for any actor.”

Akshay is Bollywood’s highest-paid actor but he revealed that it was not like that during his early days in the industry.

On deciding on film roles, Akshay went on to say: “I always feel that just let yourself go if there is something you really like, stop thinking about the role.

“Just go just move just flow, be a part of great cinema. That is important more than what you are going to do in the future.” 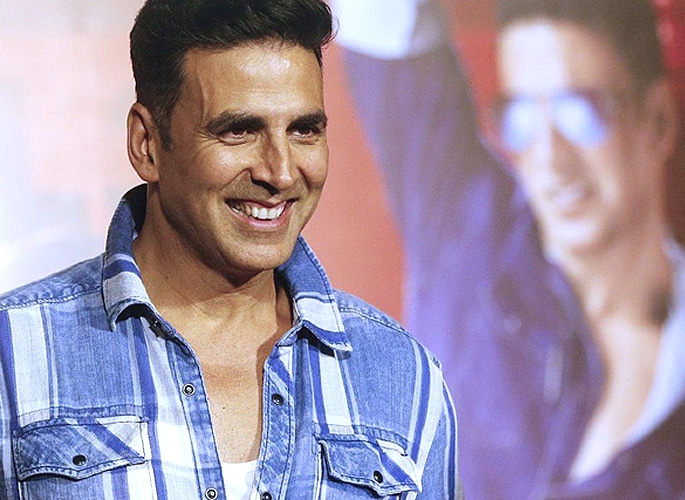 Akshay revealed to Pinkvilla what he does whenever he is going through a down. He said:

“Every time I have gone through it, I just do one thing, I just come out of my building and look at how many cars I have. I just look at them.

“Then, sometimes I just go my office, I switch on the light, sit down and just look at everything.”

“God has been so kind to me so I don’t think I have the right to feel even a little low because there are so many people who have nothing.”

“If I start thinking like this, then I would be the most selfish person ever.”

His honesty about the ups and downs during his career is one of the reasons why Akshay Kumar has so many fans.

He is also the highest-paid Bollywood actor because his films do well at the box office and in 2019, he is on course to becoming the first Bollywood actor to reach Rs. 100 Crore with the openings of his films.

His first of 2019, Kesari, managed Rs. 21.06 on its opening day and Mission Mangali collected Rs. 29.16 Crore. Just those two films have crossed the halfway point.

Housefull 4 and Good News are set to release this year. When taking into account the genres and supporting cast, it is very likely that their opening days will result in Akshay’s total of more than Rs. 100 Crore.

If it does happen, it will be a huge accolade for the successful actor. Only time will tell.

Dhiren is a journalism graduate with a passion for gaming, watching films and sports. He also enjoys cooking from time to time. His motto is to “Live life one day at a time.”
Number in ‘Dream Girl’ trailer gets over 75k WhatsApp Calls
10 Indian Films about Sex and Forbidden Love