Tara Sutaria raised temperatures with her latest look for Heropanti 2 promotions. She wore a scarlet red saree with a backless blouse.

Tara Sutaria is gearing up for the release of her upcoming film Heropanti 2 with Tiger Shroff.

The star is leaving no stone unturned to create hype around the film with her sartorial choices.

Her latest look in a scarlet red saree is proof enough.

Tara wore the six yards for making an appearance on the reality TV show Dance Deewane Juniors with Tiger.

Tara and her stylist Meagan Concessio took to Instagram on April 1, 2022, to post photos of the actress dressed in a scarlet red saree and backless blouse.

The ensemble is from the shelves of the clothing label Prémya by Manishii.

She wore it in the traditional draping style and let the pallu fall from the shoulder. 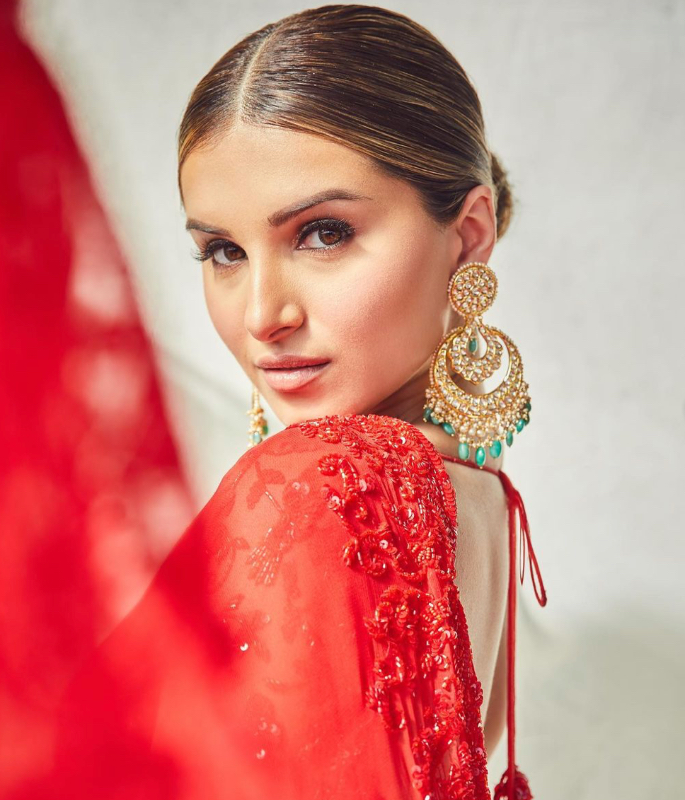 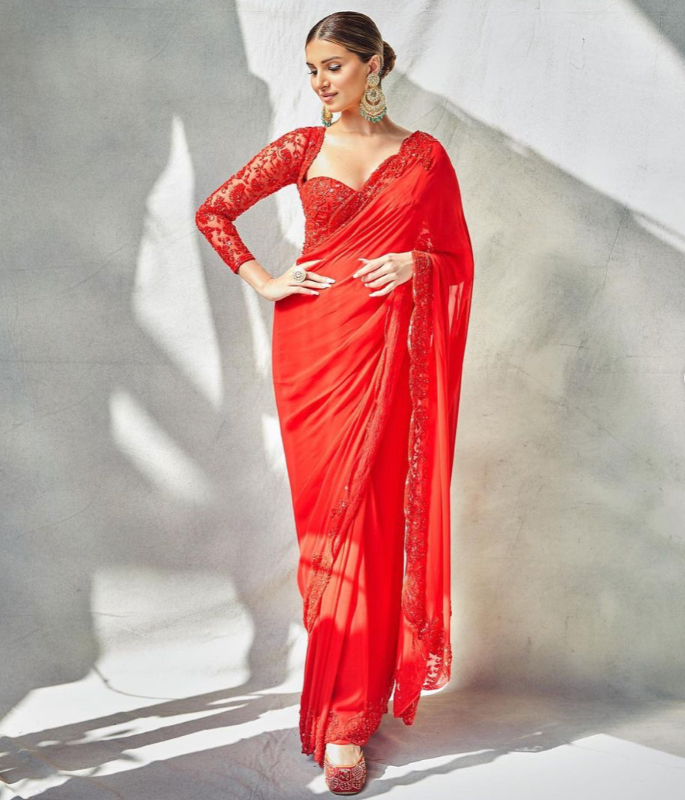 The duo had previously shared the screen in Student of The Year 2.

It also stars Nawazuddin Siddiqui in a poignant role.

Heropanti 2 is produced by Sajid Nadiadwala under the banner of Nadiadwala Grandson Entertainment.

The song, titled ‘Jalwanuma’, is composed by maestro AR Rahman and Pooja Tiwari and Javed Ali are the singers.

The song, described as a “modern-day twist on a harmonised Sufi melody”, has a lovelorn Tiger Shroff thinking about Tara Sutaria.

The song is shot on a specially constructed set and dancers can be seen performing with the stars.

The makers shared in a statement: “The song boasts of some novel contemporary choreography.”

Ravinder is a Journalism BA graduate. She has a strong passion for all things fashion, beauty, and lifestyle. She also likes to watch films, read books and travel.
Kangana Ranaut stuns in blue Varun Chakkilam lehenga
Disha Patani sets Internet on Fire in Beige Mini Dress