The nominees for the Brit Asia TV World Music Awards 2015 have been announced! With some of the biggest Desi artists in the running, this year’s awards promises to be the best yet.

"This year’s Brit Asia TV World Music Awards will be even bigger and better."

The Brit Asia TV World Music Awards 2015 is back with another array of fantastic talent from the UK, Punjab, Bollywood and beyond.

The nominees for this year’s lavish awards ceremony were unveiled at Aston Villa Football Club. Stars and media came together to show their support for some of the biggest Desi music acts today.

Among those nominations are some familiar faces like Punjabi superstar Diljit Dosanjh who is nominated for ‘Best Single World’ for ‘Patiala Peg’ and ‘Best Music Video’ for his explosively controversial, ‘Jatt Fire Karda’.

The talented actor and singer who won ‘Best International Act’ in 2014 is also up for ‘Best Male Act’ this year. 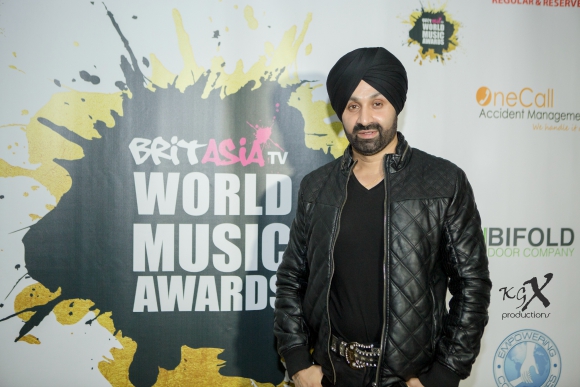 Joining him is the likes of Imran Khan, who has stormed the Asian Music Charts with his track ‘Imaginary’.

The nominations also feature a few up and coming stars, like the incredibly talented Zack Knight and Punjabi Rap artist, Fateh Doe.

Fateh who has featured on number Dr Zeus tracks both in the UK and Bollywood, makes his debut as a solo artist. The Canadian Punjabi is nominated for ‘Breakthrough Act’, ‘Best North American Act’, and ‘Best Urban Asian Act’.

Now in its sixth year, the Brit Asia TV World Music Awards is the biggest event of the Desi music calendar. From celeb sightings and great on-stage performances and entertainment throughout the night, music fans are in for a treat. 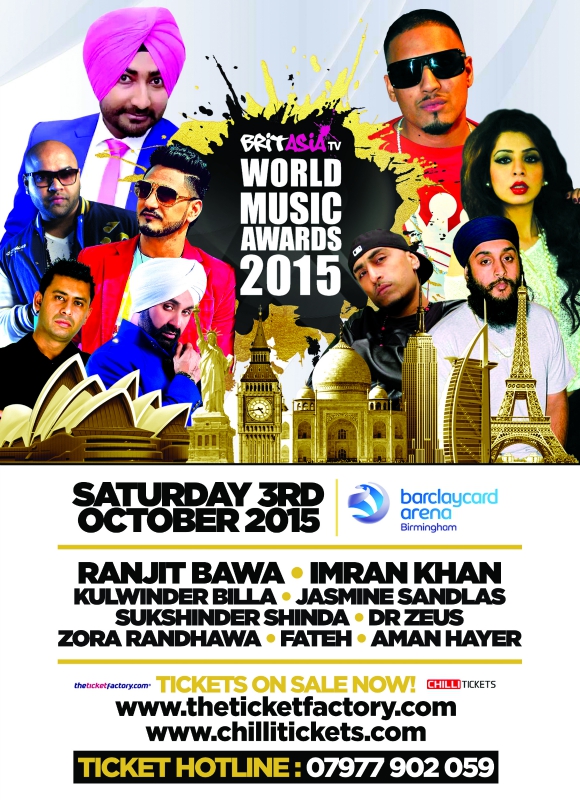 For 2015, the star-studded line-up is bigger and better than before. Taking to stage with live performances that will blow you away will be Ranjit Bawa, Kulwinder Billa, Jasmine Sandlas, Sukshinder Shinda, Dr Zeus, Zora Randhawa, Fateh, Aman Hayer and many more.

Brit Asia also promise some very top secret guest appearances that will be announced nearer to the date.

“Our aim has always been to give a platform and voice to emerging and established artists; we celebrate these artists all year round. We are really proud of the nominees and wish them all the best.” 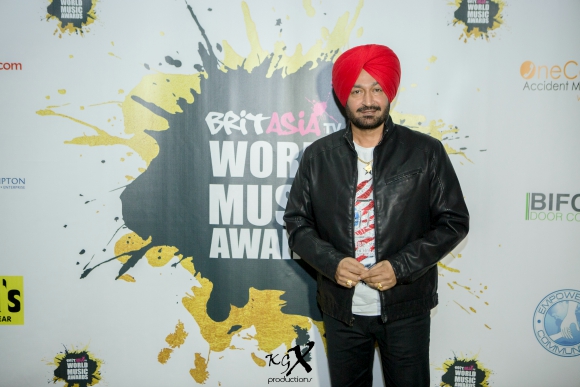 Here is the full list of nominees of the Brit Asia TV World Music Awards 2015:

The Brit Asia TV World Music Awards will take place on October 3, 2015 at the Barclay Card Arena in Birmingham.

Aisha is an editor and a creative writer. Her passions include music, theatre, art and reading. Her motto is “Life is too short, so eat dessert first!”
Winners of the Pakistani Music and Media Awards 2015
10 Bollywood Songs For Your Wedding Day