The Brit Asia Music Awards 2013 are back, celebrating the best of British Asian musical talent. The final nominations for the Awards ceremony on October 12, 2013 have now been revealed.

The live Nominations Party was graced by the likes of Jaz Dhami, H Dhami and Jay Status.

The official nominations for the 2013 Brit Asia Music Awards were revealed at a lavish event on September 5, 2013. Held at the luxurious Edgbaston Cricket Ground in Birmingham, the event saw some amazing British Asian artists and musicians come together to find out who was in for a chance for a 2013 acclaimed prize.

This year will see 14 different categories, from Best Newcomer to Best Urban Asian Single. Each category sees five nominees selected – those who are the leading artists in their field.

The live Nominations Party was graced by the likes of Jaz Dhami, H Dhami, Dr Zeus, JK, Prabjyot Kaur and Jay Status, all eagerly waiting to see who had made the official shortlist for 2013. It truly was a spectacular evening at the newly refurbished Cricket Ground.

With overflowing champagne and delicious canapés, and some of the best homegrown talents enjoying each other’s company, it was an evening to remember. 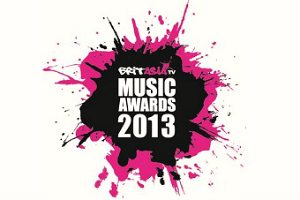 The night was all about celebrating the amazing achievements of the British Asian music industry that has created waves across the whole globe.

The UK’s Asian music industry continues to create and recreate amazing music, inspiring hundreds and thousands of young Asians to make themselves heard.

The actual Awards Ceremony is anticipated to be even more spectacular. To be held at Birmingham’s NIA on October 12, fans can expect some fantastic live performances and the chance to see their favourite stars all together.

This will also be an awesome opportunity to see some of the UK’s newest and rawest talents that will undoubtedly take the music industry by storm in coming years.

The Brit Asia Music Awards are renowned for being the biggest and best awards for Brit Asian artists. They pride themselves in keeping their doors wide open and offering breakthroughs for all Asian artists still trying to make their mark on the industry. An independent body, the Brit Asia Awards winners will be determined by both the public and a credible panel of judges.

Here is the list of the 2013 Brit Asia Music Awards nominees for each of the 14 categories:

A huge congratulations to all the nominees! Get voting for your favourite Asian artist at this year’s Brit Asia Music Awards 2013!

Aisha an English literature graduate, is a keen editorial writer. She adores reading, theatre, and anything arts related. She is a creative soul and is always reinventing herself. Her motto is: “Life is too short, so eat dessert first!”
CBSO The Music of A. R. Rahman
Brit Asia Music Awards Nominations Party 2013