CBSO The Music of A. R. Rahman

The City of Birmingham Symphony Orchestra (CBSO) in conjunction with the Symphony Hall is bringing audiences a magical evening tribute celebrating the music of A. R. Rahman.

"A. R.’s got a lot of time and love for this city [Birmingham] and this orchestra as well."

The City of Birmingham Symphony Orchestra (CBSO) brings you a night to remember with a spellbinding concert dedicated to the spectacular musical sounds of maestro, A. R. Rahman.

Taking place on September 4, 2013 at the Symphony Hall in Birmingham, the evening will see an orchestral tribute to Rahman’s greatest cinematic hits to date.

A. R. Rahman really needs no introduction when it comes to cinematic soundtracks.

An Indian music composer, his creativity and musical innovations have transported him to all corners of the world. He is globally considered as the ‘Mozart of Madras’ and has been scoring music for film since 1987. 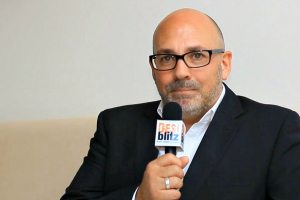 Over his 26-year career, he has created breath-taking music for over 100 films. From Indian classics for Tamil, Telugu and Hindi cinema to the world of Hollywood, his repertoire continues to grow and expand further and further.

This special tribute, titled ‘CBSO The Music of A. R. Rahman’ will see some of the musical genius’s best works performed by a live orchestra at the Birmingham Symphony Hall.

The CBSO is largely considered one of the best symphony orchestras in the world, performing almost 130 live concerts each year. The orchestra will be led by none other than close friend and colleague of A. R. Rahman, Matt Dunkley.

Matt’s music discography is pretty impressive, having worked on some of the top Hollywood blockbusters of recent years. In an exclusive Gupshup with the Conductor and Composer, Matt explains: 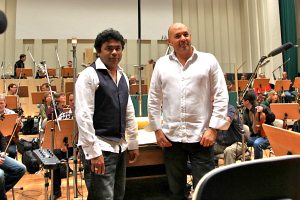 “It’s a programme that we’ve done in a few parts of the world. We did a concert in Hollywood Bowl a couple of years ago. We’ve done it in London. We toured India with it last year.”

The decision to bring the concert to Birmingham was not a hard one: “A. R.’s got a lot of time and love for this city [Birmingham] and this orchestra as well,” says Matt.

“It’s something that is very dear to A. R.’s heart. He loves working with orchestra. He loves the textures and the sounds of the orchestra. I’m an orchestrator so I literally convert what his ideas are into orchestral language,” he adds.

“It’s going to be a real spectacular evening on the 4th September at Birmingham Symphony Hall. You’ve got Matt Dunkley who is the conductor. He’s actually worked with A. R. Rahman for the past 10 years. They’ve got a very close working relationship and friendship as well.” 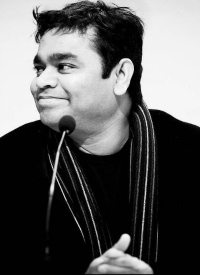 For Shin, the opportunity to be involved in such a remarkable evening is definitely an honour: “A. R. is such a unique composer. He’s such a creative person and his music is always very original and very inspiring.”

In addition to these two tracks, fans can also expect a variety of music spanning across Rahman’s 26-year long career.

Audiences will also get the chance to hear highlights from the theatre production of The Lord of the Rings, which Rahman also composed: 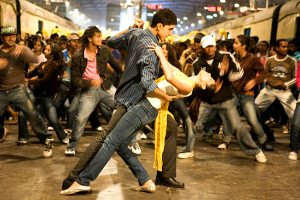 “We have a selection of his well-known film songs such as ‘Jai Ho’ and ‘Chaiyya Chaiyya’, sung by Shin DCS and accompanied by full orchestra and choir, as well as music from his acclaimed scores to movies such as Bombay, Roja and Slumdog Millionaire, with help from flute soloist Lisa Mallett and sitarist Roopa Panesar,” says Matt.

“We are also performing music from his West End hit show Lord of the Rings, featuring the leads from the arena show Peter Pan. And we will be highlighting some of A. R.’s lesser known orchestral music for film, to demonstrate the artistry and skill of this ‘Mozart of Madras’. It will be quite an evening!” Matt adds.

The evening will truly be an eclectic mix of Rahman’s exotic roots mixed with Western appeal. As Matt explains: “If it’s good music and a composer understands what he wants to do and how it relates to the picture and the movie, then that’s effective.

“He writes beautifully for picture but he has one of those unique talents that not only does the music serve the movie, it’s also beautiful to listen to as well.”

“That’s why I think this concert will work so well in the concert hall because you take his music away from the picture, it still stands up as beautiful music that is so wonderful to listen to.”

Noreen is adamant that the tribute to the musical genius of A. R. Rahman will be one to remember:

“You’re going to get something very different actually. Matt bringing his expertise, having scored lots of Hollywood films as well, working with A. R. Rahman, I think that combination is going to be quite unique.”

Aisha an English literature graduate, is a keen editorial writer. She adores reading, theatre, and anything arts related. She is a creative soul and is always reinventing herself. Her motto is: “Life is too short, so eat dessert first!”
Zayn Malik ~ from Music to Marriage?
Brit Asia Music Awards Nominees 2013