Manpreet Singh turned up at his girlfriend’s car showroom workplace in Punjab, where he shot her and then himself after a disagreement they had.

"The blood flow in the brain has stopped."

An obsessed lover, Manpreet Singh, shot his girlfriend, Seema Tiwari, in a car showroom, and then himself, in Punjab.

The traumatic incident took place near Nakodar Chowk in Jalandhar in the Lovely Autos showroom, where Seema worked.

It’s been reported that Manpreet arrived at the Lovely Autos showroom building and went to the canteen on the second floor, in the afternoon of the shooting.

Manpreet then approached Seema and fired two bullets at her before turning the gun on himself.

One of the bullets hit Seema in the arm while the second bullet hit her tragically in the head.

A remainder two bullets were used by Manpreet to commit suicide, who resided Mustfapur village in Kartarpur.

Manpreet was killed instantly on the spot, while Seema, who was severely injured by the gun wounds, was rushed to the hospital.

She was first taken to a civil hospital but with her being in such a critical condition, she was immediately transferred to a private hospital.

The shot fired at Seema’s head resulted in more fatal injury, stopping her brain from fully functioning and sending her into a coma.

Doctors have been attending to Seema and she is under constant observation in the Intensive Care Unit (ICU), in a critical condition.

Dr Anil Khosla explained the severity of the injury, saying:

“Since the bullet hit her in the head, its pellets spread in the brain and damaged it. The blood flow in the brain has stopped.”

A suicide note was recovered from Manpreet which stated that he was responsible for firing the shots to kill himself and Seema Tiwari.

But because Seema said something he did not agree with, he took this step.

Seema’s family said that Manpreet was always pestering her but they cannot believe that he would’ve taken to such extreme action against her and himself. 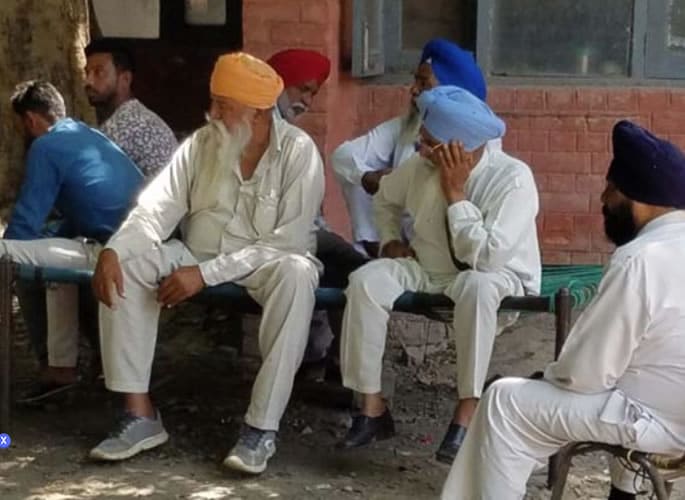 With a heavy heart, Manpreet’s family said that he was a good son, who played cricket and socialised with friends and family.

He was even talking to us about getting married and they cannot believe what he has done by shooting Seema and himself at Lovely Autos car showroom.

His uncle said in the morning Manpreet stated he was feeling unwell and left the house to get medicine for his condition.

They say that no one in the household has got a gun so they are unaware of where he got the gun.

Police have managed to track down where Manpreet obtained his gun.

The weapon was not licensed in Jalandhar but from another city which is why it took time.
It was stored in a gun house in Kapurthala but how it was taken out is yet to be established.

When police raided the gun house the owner of the premises had fled.

Police are now conducting further enquiries related to the incident which is registered as an attempted murder case.

Nazhat is an ambitious 'Desi' woman with interests in news and lifestyle. As a writer with a determined journalistic flair, she firmly believes in the motto "an investment in knowledge pays the best interest," by Benjamin Franklin.
Indian Wife reports Husband is ‘Fake Cop’ after Marriage
Bradford Hero stops Armed Woman from Robbing Bank