The Brit Asia Music Awards Nominations Party took place on September 4, 2013 at the prestigious Edgbaston Cricket Ground in Birmingham. DESIblitz secured some exclusive Gupshup with some of the biggest music stars.

"It’s down to us to hold events like these to keep our music alive. Keep our culture alive."

In anticipation for the fourth annual Awards ceremony, which will place at the National Indoor Arena on October 12, stars gathered together under one roof to find out who had been shortlisted for the final nominations. 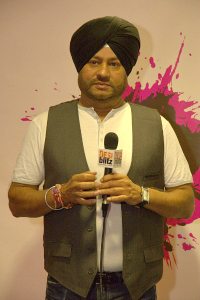 Very apt then, that Brit Asia has chosen to return to Birmingham and pay homage to these musical roots.

The Brit Asia Music Awards are one of the few viable award ceremonies still running on the UK music scene.

With the decline of other Asian Music shows and events that specifically showcase the talents of home-grown Brit Asians, Brit Asia TV provides an amazing platform for any new young artist trying to make a breakthrough. Winning one of the prestigious Brit Asia Music Awards is a huge accolade for any artist!

Brit Asia is also significant in highlighting the new generations of musicians that have evolved and almost transformed the music industry over the decades, and has also started to make a serious impact on Western mainstream charts.

Not only that, Brit Asia also succinctly represents the youth culture of British Asians, putting them first and offering them a voice. 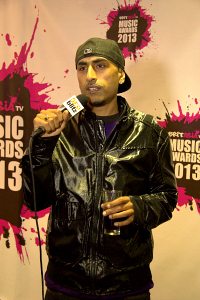 In particular, Brit Asia has taken pride in focusing on the importance of supporting artists as a whole, particularly against issues affecting the global musical industry today.

From illegal downloading to piracy, acquiring music has never been so easy for listeners, nor so damaging for the artist and record labels.

Bhangra producer Dr Zeus, is also known for being heavily involved in the drive against illegal downloading and encouraging young people to support their idols properly. In a Gupshup with DESIblitz, Zeus said:

“It’s important that these events take place for a start. It’s down to our generation of Asians to educate the new generations coming up and make sure they don’t lose touch with their culture.

“What’s happening at the moment is seeing a lot of Asian kids, they don’t even go to Asian nights anymore. They’re not interested in Bhangra music anymore. They don’t wanna hear that kinda stuff.

The Nominations Party for the music awards brought together some of the best loved Asian Music artists hitting the scene right now, alongside some new faces to look out for.

DESIblitz were there throughout the buzzing evening chatting to all of the stars. Watch our exclusive highlights of the Nominations Party here:

Some of the newer stars include the lovely Prabjyot Kaur who is nominated for two awards including Best Newcomer and Best Female Act; Pakistani Annie Khalid who has recently a track ‘Boom Boom Danze’ featuring Beenie Man; and Raj Bains who has been signed and endorsed by PBN who was very pleased with his nomination for Best Newcomer.

Competition for this category however, is rife, with Nottingham lad, San2 being a hot favourite, especially after his debut single, ‘Nayo Lagda’, stormed the Asian charts and hitting the top spot.

Another keen favourite is none other than Jaz Dhami who has had a hugely successful year so far. With three nominations including Best Male Act, this guy really can do no wrong.

Talking about his nominations, Jaz says: 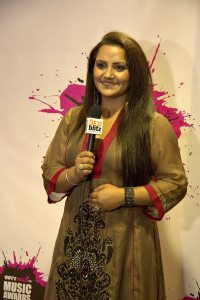 The Brit Asia Music Awards is one of the most important dates in the Asian music calendar, and is sure to invite some of the best music from all around the world, as well as our very own back yard.

Following the hugely successful Nominations Party, anticipation for the Awards ceremony is now in full flow.

The event is set to be its biggest yet. Held at Birmingham’s National Indoor Arena it is expected to see the likes of 10,000 fans of British Asian music step out to see their favourite stars.

Live entertainment will include Diljit Dosanjh, performing live for the very first time in the UK. In addition, audiences can also expect the likes of Jaz Dhami, Gippy Grewal and Surinder Shinda.

If that wasn’t enough, Goodness Gracious Me star, both actor and entertainer, Kulvinder Ghir will be host for the night.

The Brit Asia Music Awards is sure to be a night to remember. Remember to get voting for your favourite artists, and make sure you’ve got your front row seat to the best UK Asian music event of the year.

Aisha an English literature graduate, is a keen editorial writer. She adores reading, theatre, and anything arts related. She is a creative soul and is always reinventing herself. Her motto is: “Life is too short, so eat dessert first!”
Brit Asia Music Awards Nominees 2013
Singer and Screen Star Karen David