Celina Jaitley to sing on Broadway with Sting

Actress Celina Jaitley is to sing with Sting for the UN to raise awareness of LGBT issues. Celina has been outspoken about lesbian and gay rights for many years.

"This special benefits concert will raise awareness for LGBT around the world."

Actress Celina Jaitley is to star on Broadway with the global music icon, Sting.

The former Miss India and Bollywood star will be performing at a special UN benefit concert in New York on September 15th, 2014.

It has been organised to raise awareness of equality issues.

Joining her on stage is legendary musician and singer, Sting aka Gordon Matthew Thomas Sumner.

Celina said: “It’s my first public performance as a singer, but I have always worked best under pressure. I am thrilled and exhilarated.”

The concert highlights awareness of LGBT (lesbian, gay, bi and transsexual) issues, of which Celina has been an enthusiastic campaigner. 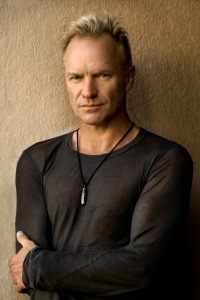 She explains: “This is a special benefits concert which will raise awareness for LGBT around the world. I’m so excited to sing with Sting.

“We will also be joined by two times Grammy winner Patti LuPone. When you have a God given platform, you should use that for a good cause.”

The track that Celina and Patti will perform is her debut song, which has been used by the United Nation’s campaign to highlight LGBT issues and to combat homophobia.

It has already done well on YouTube, with over 2 million hits so far, and it also has the most views of any video produced by the UN.

The video was choreographed by Longi of Slumdog Millionaire and remixed by the Bombay Vikings.

Celina said: “It feels wonderful that so many people all over the world are watching the video. The concept for the video was born by Charles Radcliffe, Chief of Global Issues at the Office of the UN High Commissioner for Human Rights.

“Charles said that Bollywood is the biggest emerging trend in the world. Let’s use this to spread our message.”

Celina had recently taken a hiatus from acting and singing after getting married and having children. Over the last decade she has become known for her support of the gay rights movement.

It is a worthy cause, as despite same-sex marriage finally becoming legal in the UK last year, it is still a taboo among British Asian communities. 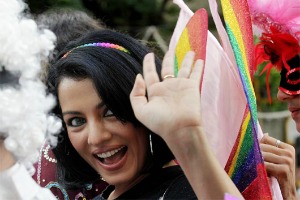 Celina said: “There is social stigma, a lack of awareness. Education is very important to break down barriers. And every change begins with a difficult conversation.”

In India, homosexuality is now against the law, after the Supreme Court voted to reinstate an eighteenth century British colonial law to make it illegal.

Speaking to BBC Asian Network, Celina said she was “shocked” by this decision: “It’s an archaic law, Britain has moved on yet the law still remains in India. India is a democracy yet [this] takes away the right to life.

“Laws are meant to protect people… not harass them. It all stems from a fear of the unknown.”

Celina thinks that some of the problem comes from Bollywood, as in Indian cinema the LGBT community is either depicted as having aids or ridiculed. She thinks they are not shown as a normal people with all these: “Stereotypes are floating around.”

Speaking of her involvement with the UN, Celina said: “I was appointed an equality champion last year by the high commissioner of human rights, it was a great honour.”

Celina’s work to raise awareness with the UN shall continue at her performance with Sting later this month.

Rachael is a Classical Civilisation graduate who loves to write, travel and enjoy the arts. She aspires to experience as many different cultures as she can. Her motto is: “Worry is a misuse of imagination.”
Brit Asia Music Awards Nominees 2014
The Cultural Fun of Mehndi Dancing