Tooting Broadway is the first Feature length British film to showcase the Tamil community in the UK. It is an urban crime drama/ thriller set one day before the Tamil Protests outside The Houses of Parliament. DESIblitz attended the premiere to find out more.

Bend It Like Beckham and the likes of East Is East started the trends of making British films with a narrative focussing on an Asian family. Bend It Like Beckham was situated around a Punjabi Family in London and East Is East is situated around a mixed-race Muslim family in Yorkshire. After these films, a trend developed to make films about Punjabi or Muslim communities. One British Asian community which has been left out of the limelight is that of the Tamils and Tooting Broadway brings this community to the forefront.

The 2009, Tamil Diaspora protests is an event which many people recall. These protests were for the concerns regarding conduct of the civil war in Sri Lanka. This civil war in Sri Lanka is believed to have taken the lives of 100,000 innocent civilians. There were huge protests outside Houses Of Parliament to take action on the loss of Tamil lives.

Tooting Broadway is an urban crime drama set in 2009, 24 hours before the Tamil Protests at the Houses of Parliament. It tells the story of Arun (Nav Sidhu) returning home after a long time to stop his younger brother Ruthi (Kabelan Verlkumar) from participating in a huge criminal act, which Arun knows will ruin Ruthi’s life.

DESIblitz met up with the cast and director of the film to find out more about it. 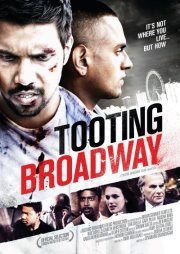 Arun is given a lifeline by his employer Marcus (Oliver Cotton) and has a day to investigate and talk Ruthi out of it. Once he is back to investigate he bumps into Kate (Elizabeth Henstridge) an old flame who is struggling to come to terms with her current situation and is in a dilemma. Arun’s close bond with gang leader Karuna (San Shella) threatens to pull him back into the world he left behind.

Arun has returned after a long time and is Tooting Broadway still the same? Will the people accept him? Will he be able to stop Ruthi in time? The story takes us through a journey with many twists and turns. It deals with relationships, loyalty, friendship, family and honour.

The protests at The Houses of Parliament are merely a backdrop, the crux of the film are the relationships between the characters. Credit firstly goes to the writer Tikiri Hulugalle for writing such a fantastic screenplay. The relationships in the film are relatable to anyone of any racial background, whether it is Arun and his mother or even Arun and Kate. It is actually very unusual to watch a film that has such moments which anyone can relate to.

Devanand Shanmugam has exceeded all expectations and has taken Tooting Broadway to the next level. It is remarkable to see that this is only his first directorial venture. It is evident that he has researched this subject before going into it blindly which shows in a big way in the film. 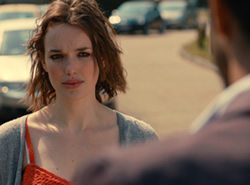 The cinematography was another highlight of the film. It portrays Tooting Broadway in a realistic manner. The music of the film was used in clever moments and blended in perfectly with the timings of the production.

Nav Sidhu’s impeccable performance as Arun stole the show. His range of emotional depictions to the romantic expressions all stood out in the film. He pulls off the performance effortlessly and he is definitely someone to look out for in the future.

Kabelan Verlkumar as Ruthi also gives a fantastic performance. He plays the character to perfection and you cannot tell that he has never studied acting or had any experience of acting in the past.

Shan Shella played Karuna very realistically and bought a chill down everyone’s spine with his threatening and hard hitting dialogues. Gary Pillai has transformed himself in the movie and also deserves a special mention. He plays Jana very well and brings a little humour to film as well as tension. Shavani Seth and Elizabeth Henstridge both have brilliant performances that again add to the narrative of the film.

Overall Tooting Broadway is a pleasant surprise and definitely a film that will stand out in the crowd. It has a fantastic gripping storyline and exceptional performances. The film is definitely a must see.

Priyal has a huge passion for Bollywood. He adores attending exclusive Bollywood events, being on the sets of films, presenting, interviewing and writing about films. His motto is “If you think negative then negative things will happen to you but if you think positive then you can overcome anything.”
Bol Bachchan a smash for Abhishek
Tribute to Strong Man Dara Singh