The 17th Asian Games will get underway on the 19th September 2014, in Incheon, South Korea. The biggest event on the Asian continent, India will be looking to achieve a record medal haul, whilst Pakistan will be hoping to overcome difficult preparations.

“The confidence level of the players is high and only gold can take us to the Olympics 2016.”

The eagerly anticipated Incheon Games 2014 is undergoing its final preparations, with the 17th Asian Games set to kick off on 19th September 2014.

This huge occasion will see over 13,000 athletes from the 45 member states participating in 439 events across 36 different sports.

The Opening Ceremony starting the Games is set to be star studded affair with K-Pop stars, Psy and JYJ making an appearance, whilst the latter will be singing the 2014 Incheon Asian Games official song, ‘Only One’. 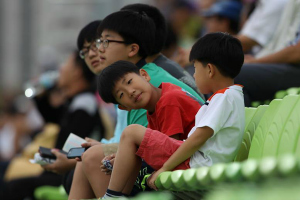 A running theme throughout the games is ‘Unity in Asia – Dream of 45 Million People’. It will be showcased through unique choreography, dancers from various genres of music in a performance that will connect with people the whole continent over.

Director of the ceremonies, Im Kwon-taek has spoken about the creativity behind the event, saying:

“2014 Incheon Asian Games cannot match the amount of fund invested in previous ceremonies but our strength lies in brilliant ideas and wit. It will be a fun-filled, heartwarming Opening and Closing Ceremony for the Games.”

The games slogan, ‘Diversity shines here’ will aspire to display Asia’s diversity in history, culture, tradition and religion. It will also hope to transcend all differences; and to promote, exhibit and realise Asia’s potential unity.

Huge investment has been put into the games, with an estimated $1.62 billion (£995 million) being spent on infrastructure. 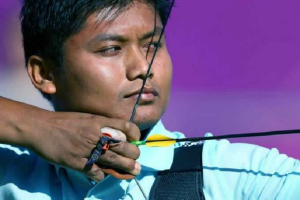 $400 million (£245 million) of that investment has been used in building the 61,000 seater Incheon Asiad Main Stadium that will host both the Opening and Closing ceremonies as well as the athletics events.

Events will be taking place across the six cities of the Gyeonggi Province, as well as two in Chungi and Seoul.

The scale of the Games is huge with 36 sports, and is the largest sporting event of it’s kind. All 28 Olympic sports, plus eight non-olympic; Baseball, Ten-Pin Bowling, Cricket, Kabaddi, Karate, Sepak Takraw, Squash and Wushu will no doubt help to draw the audiences in, whilst ensuring an action packed two and a half weeks.

With the Indian team taking a total of 679 athletes, they are looking to improve on their best ever medal haul from four years ago. Guangzhou 2010 saw India take 65 medals including 14 golds, leaving them in sixth position. However, this was a long way off the mighty China, who achieved 199 medals at the games and are looking to dominate again.

The Indian contingent are confident of breaking the 70 medal barrier in Incheon, with Athletics, boxing and shooting their best chances for medals. 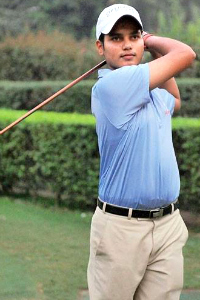 The recent US Open mixed doubles champion Sania Mirza has announced she couldn’t resist taking part in the Games. Speaking on her decision to miss the Tokyo Open, Saina said:

“I was feeling weird, I was not feeling happy with my decision, so I thought I will play. I know I am sacrificing 900 points, but sometimes you have to take a decision.”

One event that is sure to be the flavour of the games is Hockey. Arch rivals India and Pakistan have been placed in the same group and will be continuing their long rivalry in the sport in the early stages.

The reigning Asian Games champions Pakistan have not played an international hockey match for the last 10 months, but PHF Secretary Rana Mujahid is keeping positive about the matter:

“Despite facing an acute shortage of funds, we are taking every possible step to help the team. We are fully aware of the Greenshirts’ recent record, but things will improve in due course of time.”

Despite the documented turmoil the Pakistani team have been enduring leading up to the Games, they are hoping Hockey will be their saving grace.

Captain Imran spoke of the importance of the occasion, saying: “The confidence level of the players is high and we are aware of the Games’ importance because only gold can take us to the Olympics 2016.”

The winners of the hockey tournament will automatically qualify for the 2016 games in Rio.

Pakistan will be taking a team of 236 to the games, and will be hoping to challenge their rivals India in more than one discipline. Neither will be taking a cricket team to the game after there were doubts by the organisers whether to include the sport at all, but its popularity ensured its inclusion.

The OCA awarded Incheon the Games in 2007, ahead of Delhi, India. It is the third time the Games have taken place in South Korea after Seoul 1986 and Busan 2002. The 18th Asian Games will be pushed back a year and will be hosted in 2019, and not 2018 as originally planned.

For the 17th Asian Games, the Closing Ceremony will take place on October 4th, drawing the curtain on what is set to be a marvellous occasion.