Nominees for the Asian Cricket Awards 2015

The Talk Mobile Asian Cricket Awards returns for a second year on October 13, 2015 at Lord’s, the home of British cricket. DESIblitz has the full list of nominees right here!

"The British-Asian talent pool is immense, I hope to see more players make it to the top level."

After an incredibly successful first year, the Talk Home Mobile Asian Cricket Awards (ACA) has returned for 2015, celebrating the extraordinary achievements of British Asians in the world of cricket.

Held in association with the England and Wales Cricket Board (ECB) and supported by the Club Cricket Conference, the awards will take place on October 13, 2015 at Lord’s, to be hosted by Nihal Arthanayake.

Following the Launch of the Asian Cricket Awards at Lord’s Media Centre in May 2015, all the nominations are in and the shortlist for this year has finally been announced.

For a second year running, England cricketing legend, Moeen Ali is up for the ‘Professional Player of the Year’ award.

The star who is also an ambassador for the Asian Cricket Awards, won the prestigious trophy in 2014. 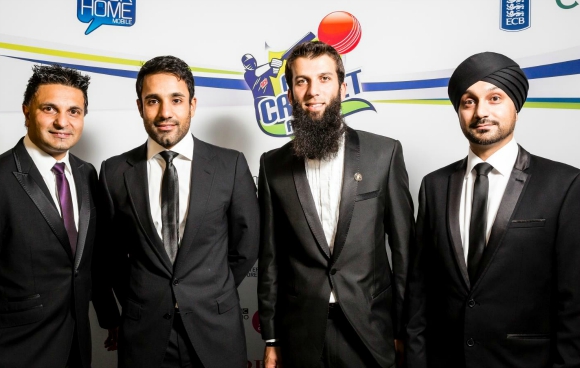 Speaking about the Awards, Moeen said: “I’m honoured and privileged to be a part of the Asian Cricket Awards as an ambassador. I was fortunate enough to win the player award last year and am glad that I have helped in a small way to showcase the event.

“I am very proud of my heritage and honoured to be representing England – the British-Asian talent pool is immense, I really hope to see more players make it through to the top level.

“An event such as this, at Lord’s the home of cricket, really helps to give Asians that platform they deserve.”

Joining him in the ‘Professional Player’ category are Varun Chopra of Warwickshire CCC and the Birmingham Bears, and England player Adil Rashid of Yorkshire CCC. This has been a spectacular year for Rashid as he heavily featured in the one-day series against New Zealand and Australia.

For 2015 the Awards will welcome an incredible array of young emerging talent from all corners of the cricketing field. 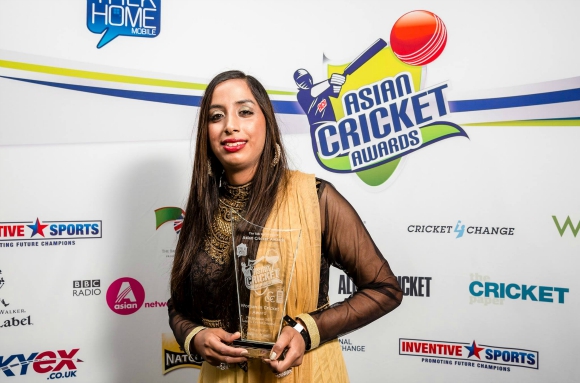 Halima is also nominated for a second award in the ‘Behind the Scenes’ category, alongside Kunwar Bansil (lead physiotherapist, Yorkshire CCC) and Dr Harjinder Singh (consultant in sport and exercise medicine, Leicestershire CCC, England Lions).

Co-founder of the Asian Cricket Awards, Jas Jassal BEM says: “The quality of nominations was unprecedented. The judging panel had a hugely difficult task in determining the shortlist from so many inspiring candidates from the Asian community in Britain.”

Sohail Rauf (chair, Welsh Asians CC), Shahidul Alan Ratan (Capital Kids Cricket) and Salma Bi (Worcestershire CCC) have all been nominated for the ‘Inspiration’ award. Salma is a previous winner of the ‘Women in Cricket’ award. 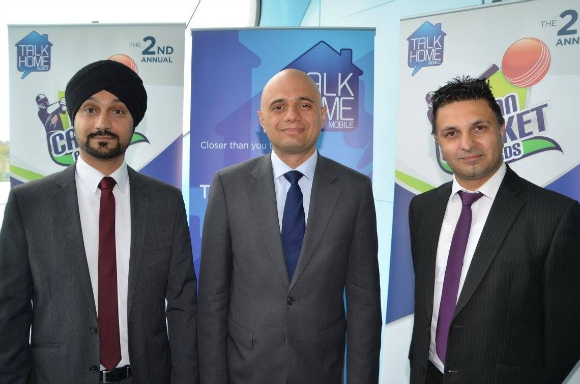 Secretary of State for Business, Innovation and Skills, Sajid Javid added: “I love cricket. I always dreamed of being at Lord’s and standing alongside some of the finest cricketers in the land and the Asian Cricket Awards allowed that dream to come true for me last year.

“I congratulate Inventive Sports on putting on this great event and look forward to another successful Awards ceremony in 2015.”

Here is the full Shortlist for the Asian Cricket Awards 2015:

ECB’s Jane Hannah, says: “The ECB are delighted to once again be a partner for the awards.

“The nominees this year showed an amazing amount of dedication, commitment and success in the game from grassroots through to the professional level.

“It was a real challenge for the judging panel to select a shortlist from so many worthy nominees.”