Isa Guha is the first British Asian cricketer to have represented England in the national women’s team. Isa had a successful playing career spanning a decade, before she started working as a Presenter, Commentator and Pundit on TV.

"I think the most special moment was winning the World Cup in 2009 over in Australia."

Isa Tara Guha is a former England cricket star of Konkani Bengali descent. Isa who became a cricketing sensation from an early age had a successful international career in the women’s game.

After retiring from the sport, the glamorous girl of cricket embarked on a career in television presenting.

Born just outside of London in leafy High Wycombe in Buckinghamshire, Isa fell in love with cricket at the age of eight:

“My parents took me down to the local cricket ground and I started playing with all the boys there,” said Guha. 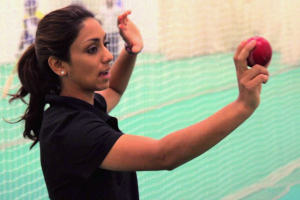 Nobody quite knew just how gifted Guha was when she began playing with the colts section at her local club, High Wycombe Cricket Club. Isa went on to join a women’s team and instantly stood out as a potential talent.

By the age of thirteen, Guha was representing Thames Valley Ladies 1st XI where her talents were realised on an international scale. Subsequently she was invited to train with the England development squad.

When asked if she had to face any form of discrimination during her early days, Isa replied saying:

“I wasn’t treated different to anyone else, I just performed on the pitch and that helped my selection for the ‘Development England’ side at the age of 13 and I had no extra boundaries just because I was Asian.”

Guha an academically bright student also had the support of her parents. Recalling her parents’ sacrifices, she said: 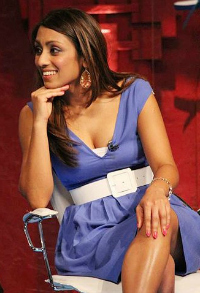 “My parents were proud of the fact that I was playing cricket, they used to ferry me around during the weekends to play the game.”

The Right-Arm Fast-Medium bowler was soon on the ECB selectors radar after an outstanding performance in the 2001 European Cup, taking seven wickets in three games.

At the age of seventeen, Isa grabbed a moment in the limelight when she made her Test debut against India on 14 August 2002. She became the first Asian woman to play for the England national team.

There on Guha’s career went from strength to strength. In 2004, she won Player of the Series award for her efforts during England’s victory against New Zealand in the One Day International (ODI) series.

During this series, Isa claimed her best ODI figures of 5 for 22. By the end of 2008, Isa was ranked the number one bowler in ODI cricket.

In February 2008, Guha managed a career best of 5 wickets for 40 runs in a Test match against Australia at the Bradman Oval in Bowral. Isa’s nine wicket haul gave her the Man of the Match award as England once again retained the Ashes. 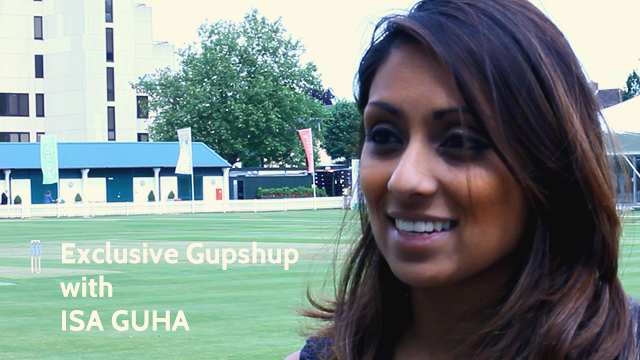 In reply to a question about her career highlight, Isa exclusively told DESIblitz:

“I think the most special moment was winning the World Cup in 2009 over in Australia.”

In March 2012, Isa chose to retire from international cricket at the young age of twenty-seven. Having enough reasons to retire, she said: “I was in a good place in my head. At the end of the day, I was fortunate I achieved a lot with this team.”

Even though she retired from the international arena, she did continue to represent Berkshire at county level. And even after county cricket, Isa did not completely leave the game. 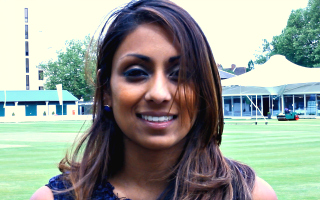 Guha made a smooth transition into cricket broadcasting in 2010. Isa became a familiar face particularly on ITV and Sony Max for the Indian Premier League (IPL):

“I got the opportunity to host the IPL four years ago and I’ve enjoyed every minute of it. I have been able to work with some of the greats of the game,” she exclusively told DESIblitz.

“I have been India to work on the Sony Max show, which is a completely different type of show to over here. It really is just about pure entertainment,” added the 29-year-old.

Recognising her achievements on TV, Isa received the Media Award at the Asian Cricket Awards 2014. In an exclusive conversation with DESIblitz at the awards, Football coach Manisha Tailor highly praised Isa saying:

“Someone I admire is Isa Guha. I definitely think that the world of sport in general need more people like her.”

Clearly not a shy individual, Isa enjoys regular participation on the speaking circuit and regales about her time in the game as well as providing motivational talks to varying audiences. 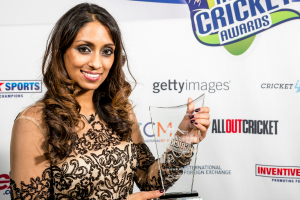 Guha often advises people at such events of how she made it into cricket. Her tip for all aspiring youngsters with any kind of ambition in life is: “Hard work, determination and being at the right place at the right time.”

Isa’s other love away from cricket is music. Spending a lot of her recreation time involved in music, she has reported for the underground music movement SofarSounds.

Guha’s charitable work makes her a perfect role model for women and South Asians in general, all over the world.

Isa has been an ambassador for various charities and organisations including the British Asian Trust, the Dame Kelly Holmes Legacy Trust, Sporting Equals and the Jaguar Academy for Sport, to name a few.

Isa Guha plans to continue on her new found media career, along with promoting the women’s game across the globe.