Ankit Keshri, a promising young cricket talent from Bengal, India has passed away after an on-field collision. Despite signs of recovery, he lost his life to cardiac arrest. Celebrities have expressed their deepest condolences to Keshri’s family.

Keshri rushed to take the high catch as left-arm pacer Sourav Mondal too ran on his follow through.”

In another tragic on-field accident, promising Bengal cricket batsman, Ankit Keshri, passed away after an injury sustained during a Bengal Division 1 knockout game played on April 17, 2015.

The accident happened at the Salt Lake ground in Kolkata during a One-Day club match between East Bengal and Bhowanipore.

20-year-old Ankit was not part of the playing 11, but was brought on to replace Arnab Nandi who had taken a break.

It has been reported by local media that Sourav Mondol’s knee hit the back of Keshri’s head, hence causing blood to spurt from his mouth and subsequent loss of consciousness.

Teammates Shiv Sagar Singh and Anustup Majumdar rushed to his side and Sagar even attempted mouth-to-mouth resuscitation and CPR. 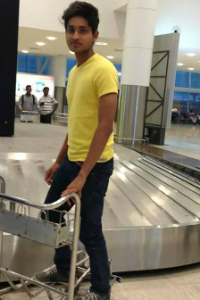 Speaking of the on-field collision, Bengal coach Jaideep Mukharjee said: “Fielding at sweeper cover, Keshri rushed to take the high catch as left-arm pacer Sourav Mondal too ran on his follow through. It was as freak an accident as possible.”

He added: “There was no external injury but Keshri fainted as fellow mates Anustup Majumber and Shiv Sagar Singh resuscitated him.

“He gained some consciousness and was rushed to nearby AMRI. From there he was admitted to Nightingale Hospital.”

At the hospital, Ankit’s condition was stable until Sunday evening when he was even given food orally.

On Monday morning, however, he suffered from a massive cardiac arrest which tragically resulted in his death.

Saddened by the demise of Ankit Keshri. A promising career aborted by an unfortunate incident on field.

Too young to go…extremely unfortunate & sad. Condolences & prayers for Ankit Keshri & his family. May Allah bless his soul. R.I.P.

The sad incident comes just months after Australian cricketer Phillip Hughes passed away after being struck on the neck by a ball during a domestic match in Sydney.

Keshri was a promising batsman and even captained the Bengal Under-19 team in the Cooch-Behar Trophy. He was listed in the India Under-19 probables list for the 2014 Youth World Cup.

The young talent also represented his state in Under-23 level and many thought that he would go on to become a super star in the near future.