World Cup Tickets for the Group B cricket match between India and Pakistan have sold out in just twelve minutes. The Mother of all Games takes place at the Adelaide Oval in Australia on 15th February 2015.

"It will be a full house with many Indians and Pakistanis living in Australia."

Tickets for the India-Pakistan marquee clash in Group B of the ICC Cricket World Cup 2015 have been sold out in just twelve minutes.

The renowned rivalry has produced thrilling encounters in the past, with both nations coming to a virtual stand still. The 20,000 Indian supporters making the journey this time round are hoping for more of the same.

Pakistani fans who have purchased World Cup Tickets are also expected to attend in big numbers cheering on the Men in Green.

The match is scheduled to take place on 15th February 2015 at the Adelaide Oval stadium in Adelaide, Australia.

John Rau, deputy premier of South Australia, said: “The general tickets were sold out in 12 minutes for the mouthwatering match at the 50,000 plus capacity stadium but fans still can buy holiday and business packages.” 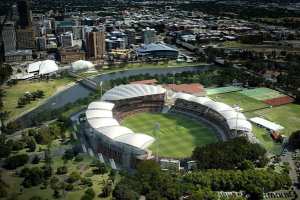 The arch-rivals played each other in the semi-finals of the 2011 Cricket World Cup. In this encounter, India beat Pakistan by twenty-nine runs, before going on to win their second ODI World Cup title.

Current holders, India will look to defend their 100 per cent record over Pakistan in World Cup meetings.

Fans have already began to voice their excitement about the match, with many of them predicting the outcome of the game.

Whilst discussing the match on an internet forum, a Pakistani fan named Poison said: “Hopefully [the game] will be absolutely wild. Will be there despite the feeling deep down that we’re going to lose again, but one can always hope.”

Other Pakistan fans were more optimistic, with some citing Pakistan captain, Misbah-ul-Haq being the difference between the two sides. 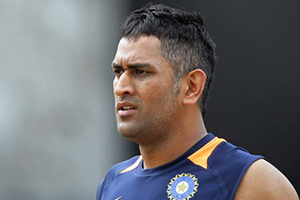 Excitement for the match will continue to grow, as it was revealed on Thursday 13th November that both India and Pakistan are favourites to win the tournament.

The teams from the Subcontinent each received 40 per cent of the vote in the Emirates 24|7 poll. In comparison, three time winners Australia only mustered 8 per cent of the vote. Sri Lanka, the World Cup Champions of 1996 rallied a miserable 4 per cent.

He said: “Following the World Cup triumph in 2011, the India side won the 50-over ICC Champions Trophy in the United Kingdom.”

“This reflects the calibre and talent of the side, and its ability to adapt and perform in any condition. The tour to Australia in the lead up to the World Cup will be a good opportunity to hone our skills and be fully prepared for cricket’s ultimate prize.” 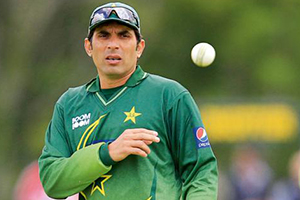 Speaking on the impending match up, Misbah said: “The tournament opener against India in Adelaide (on 15 February) will be an important match but every game in the World Cup will matter as each side will enter into the competition believing that it can lift the coveted trophy.

“We will take one match at a time, try to stick to our game plans, aim to do the basics right and then hope for the best.”

Speaking on the refurbishments, John Rau added: “We have just completed a new stadium at Adelaide, a great venue for cricket and we are very excited to host the India-Pakistan game.”

“It will be a full house with many Indians and Pakistanis living in Australia in attendance along with around 20,000 fans coming from India.”

“We were very clear that to we wanted to get that game, to have the opportunity of having visitors from that part of the world.”

“As a government policy we have decided to have greater engagement with India, both cultural and business. We have a 10-year strategy for India and besides culture and trade, we want to promote sports as well.”

New Zealand and Sri Lanka will open the tournament on Friday 13th February, 2015. If going by superstitious rituals, this date could be unlucky for either team.

As for the India-Pakistan game, it all depends on which team can hold their nerves and perform well on the day. With 2014 almost coming to an end, the countdown has begun for the ICC Cricket World Cup 2015.

Zak is an English Language and Journalism graduate with a passion for writing. He is an avid gamer, football fan and music critic. His life motto is “Out of many, one people.”
Isa Guha the Inspirational Cricketer
India Whitewash Sri Lanka in 2014 ODI Series