Winners of the Asian Achievers Awards 2016

The spectacular ceremony was yet again hosted by British Asian actor of EastEnders fame – Nitin Ganatra. Joining him was Farrah Storr, editor of Cosmopolitan magazine.

Several celebrities graced their presence at the 16th annual of the prestigious Awards.

These reputed names consisted of:

However, the excitement did not quite end there.

For the first time in Asian Achievers Awards history, there was a fashion show curated by the luxury couturiers – Soltee by Sulakshana Monga. 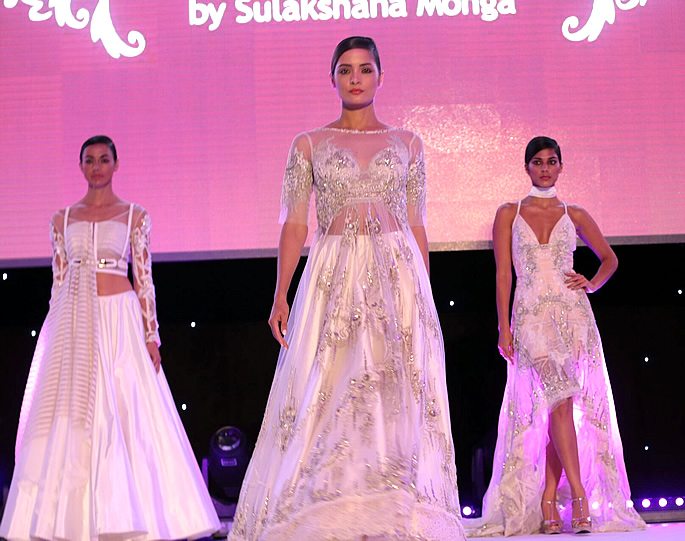 The evening was also packed with a fantastic dance performance by Epika Dance Troup, a live singing performance by Jayden and an auction which raised an amazing £180,000 for the Indian Ocean Disaster Relief (IODR).

The winners of the Asian Achievers Awards are truly well deserved.

Gaining the Gold Award for ‘Sports Personality Of The Year’ was long-jump Paralympian, Ryan Raghoo. His achievement is truly touching and inspiring. Ryan tells DESIblitz:

“I do something every morning. I open the curtains and if the sun is shining, I wiggle my toes. To a lot of people this sounds silly, but there was a time where I couldn’t wiggle my toes.” 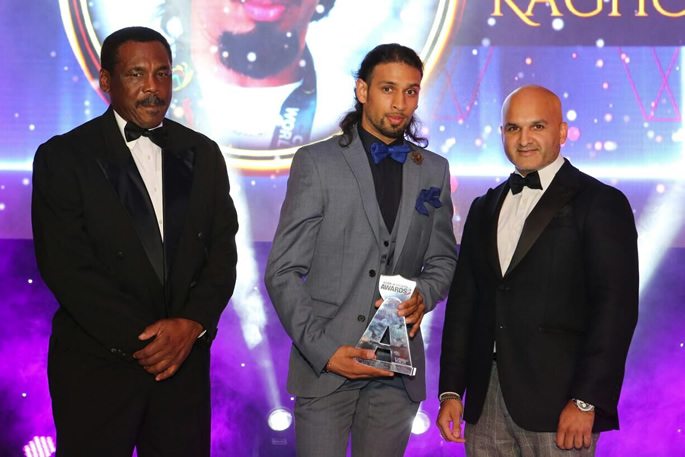 “I spent 8 years in a wheelchair and I was told I’d never walk. So everyday I can get up and move my legs, its a good day. For me, the motivation is I know there’s a lot of people out there who didn’t have the opportunity that I had, to do what I’ve done now.”

“Even now, there are no British-Asian Paralympian athletes. It’s important that there’s someone for them to look towards.”

The Sikh Twins – Rabindra and Amrit Kaur Singh – have been cited to be the “artistic face of modern Britain.”

This year, they received the Gold Award for ‘Achievement Media, Culture and Arts’. Elated by this triumph, they say:

“This is a huge step in making ways within our own community. The fact that we’ve got this award shows that the community is, at last, taking visual arts seriously and the value of art, of how we can use it to represent ourselves and use it as our voice.”

So what’s next from Rabindra and Amrit? They reveal about an upcoming 2018 exhibition (in collaboration with National Museums Liverpool where The Sikh Twins will focus on the history of Indian textiles and the impacts its had globally. 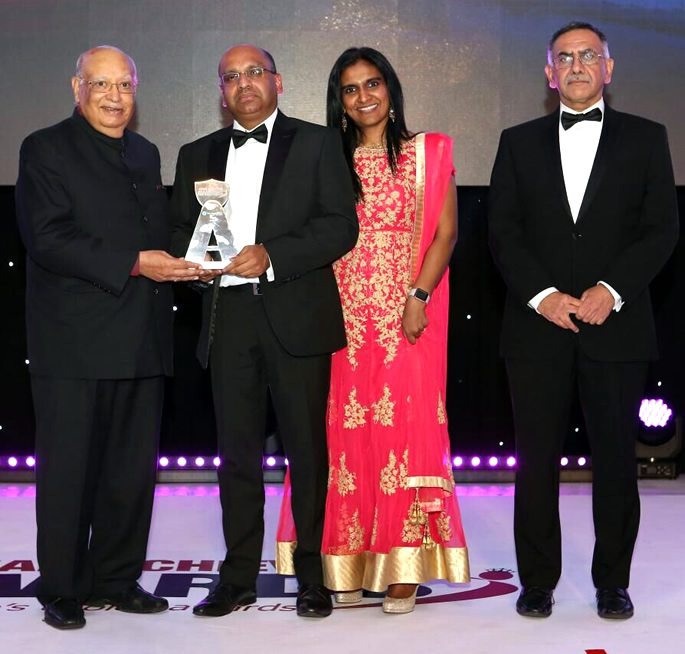 “The most important thing is to have your values in the right place. If you have the values and the purpose of why you’re trying to do, then everything will come. So respect the people, have strong values and the rest will follow.”

Gaining the ‘Business Person Of The Year’ Award was Dr Nikesh Kotecha, Director at Morningside Pharmaceutical. He says:

“It was a complete surprise today. Our whole mission is about making quality healthcare affordable and making it available throughout the world. We want to carry on discovering new medicines and making sure that people can afford them and have access to the medicines.”

Here’s a full list of winners of Asian Achievers Awards 2016:

The main objective of ABPL Group’s Asian Achievers Awards is to honour individuals who have brought the South-Asian community to centre stage through outstanding work in various career paths.

“I would like to send wholehearted congratulations to all the winners of the Asian Achievers Awards, now in our 16th year.

“As in years gone by, the winners are exemplary individuals who not only have excelled in their chosen professions but also are incredible role models who work for social justice, equality and those less fortunate.”

“It makes me very proud to give these people a platform to be recognised for their hard work and remarkable contributions to society and the community. I am also very overwhelmed with the generosity of our guests who helped to raise £180,000 for our charity partner and I want to thank everyone who donated and bid at the auction.”

Overall, the Asian Achievers Awards has yet again proved to be a spectacular night and bestowed the fantastic achievements of Asians in the United Kingdom.

Our heartiest congratulations to all the winners!