Winners of the Asian Achievers Awards 2017

"When audiences give us the love that we constantly strive for then it does feel good."

Organised by the ABPL group, the evening celebrated the accomplishments of the finest in the UK’s Asian community, across various different businesses and professions.

The glamorous event was attended by respected people in various industries, ranging from media, business ad sports. Notably, there were many entertainment industry guests, such as TV stars and even Pakistani and Bollywood actors.

Farhan Akhtar, fresh from the release of his latest film, Lucknow Express, was awarded the ‘International Personality of the Year’ award.

On receiving the award he said: “Any validation of the work we do is great. When audiences give us the love that we constantly strive for then it does feel good.” 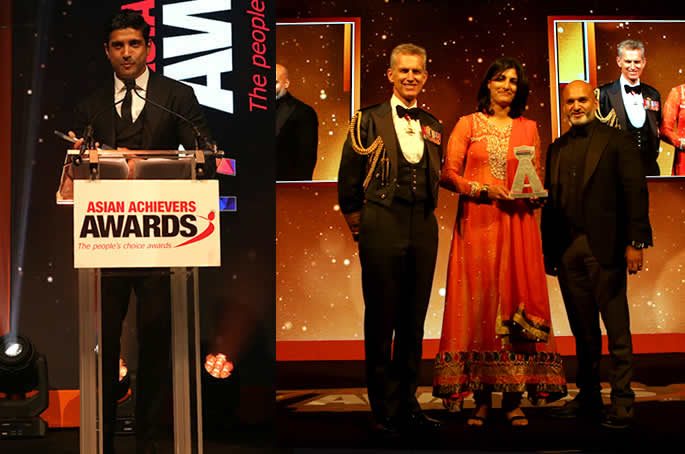 This award particularly recognised his humanitarian efforts – whether it’s through Rock On for Humanity charity shows or through his own campaign, MARD.

MARD, which stands for Men Against Rape and Discrimination, has changed the conversation about rape and discrimination in India. Farhan exclusively told DESIblitz that there is more to come:

“With MARD our focus really is to create content that speaks and highlights generations. We recently did these two videos with Sania Mirza and her father and Vidya Balan and her father. Similarly, there are many other things happening in the future.”

Also in the pipeline, Farhan revealed, is Gully Boys. Which sees the sibling duo of Farhan and Zoya working together again. It will start shooting in December or the beginning of January 2018.

Tanika Gupta MBE, the award winner for ‘Achievement in Media’, also revealed to DESIblitz some upcoming projects ahead after her successful stint at The Globe theatre. This was with Lions and Tigers, which was based on the true story of her great uncle who was a freedom fighter in India:

“As a playwright, we don’t get recognised so much in the mainstream so to get an award from fellow Asians is fantastic.” 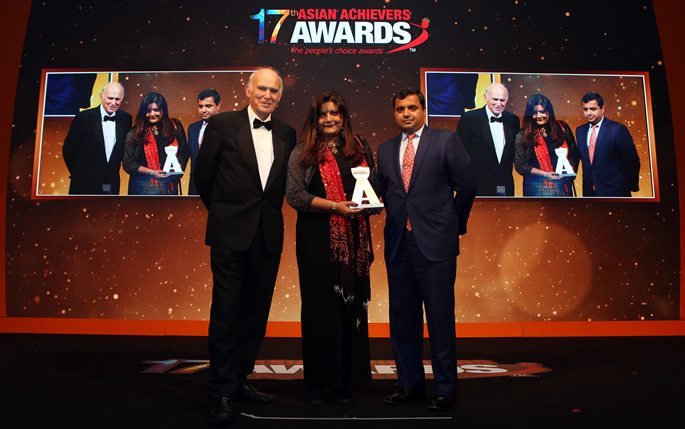 “There’s always plans to go to India. I’m doing an arthouse film next year, hopefully working with the likes of Konkana Sen and Tannishtha Chatterjee.”

Jagdeep Rai, head of Corporate Banking at Barclays, won the award for ‘Woman of the Year’. She provided an inspiring message for young women looking to pursue an ambitious career in finance: “Be confident, be really honest, hard-working and operate with very strong values and you can make anything happen.”

In fact, it was the first time that women outnumbered men in the nominations list for the Asian Achievers Awards 2017. In reaction to this, Jagdeep said: “Isn’t it amazing! Women are just really making an impact in business and in the community.”

Nitin Ganatra, who hosted the dazzling night alongside actress Raageshwari Loomba, also spoke to DESIblitz about female achievement being recognised:

“The world is changing very quickly and we, the Asian community, need to catch up as well.” 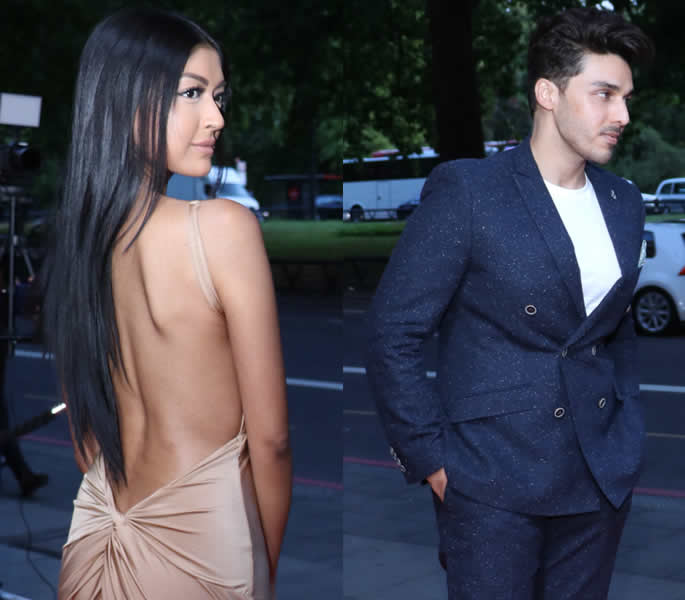 Both the hosts of the Asian Achievers Awards 2017 were excited about bringing some chuckles to the audience. Raageshwari, who recently moved to London, said: “For me to host is being welcomed by the fraternity here.”

Asian Achievers Awards 2017 winners, Sivakumar Ramasamy and Amrit Kaur Lohia, who won in the sports and arts and culture categories respectively, told DESIblitz that they hope that their achievements will inspire other young people.

“To be honoured by such an organisation with such credible judges and to be shortlisted by the people themselves just means a lot. This shows that sports is a really important tool in our community going forward.” 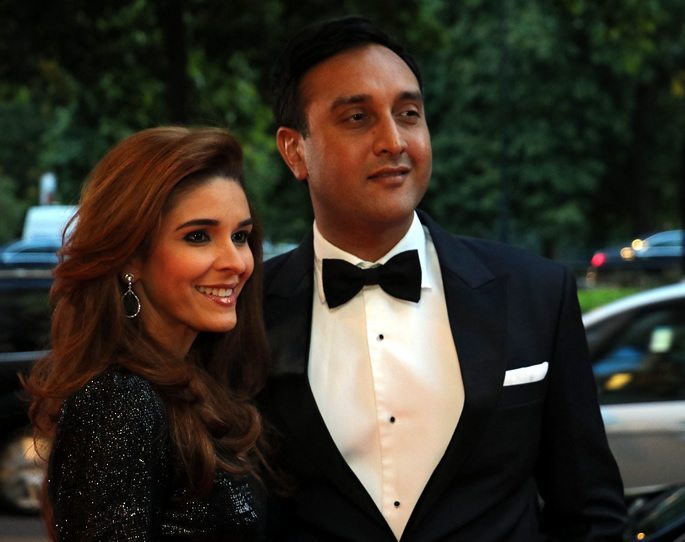 Ainy, who moved to London just over three years ago, laughed saying: “I could count as a British Asian now. And it’s really nice for British Asians to be celebrated in this way.”

The event included various types of dancing entertainment throughout the night. Including a Bollywood medley by Leena Patel’s LPLP Dance Company. A delicious 3-course meal was served by Ragamama Ragasaan.

The charity supported on the night was Akshaya Patra. It enables children to escape the cycle of poverty by providing Food for Education. An auction was also done to raise funds for such humble causes that help to feed 1.6 million school children across India every day.

Here is the full list of winners for the 17th Asian Achievers Awards 2017:

Woman of the Year
Jagdeep Rai

After a fantastic evening highlighting a number of incredible causes and personalities, DESIblitz looks forward to what next year’s Asian Achievers Awards has in store!