British Pakistani Saliha Mahmood-Ahmed has been crowned MasterChef 2017 champion. The doctor used her skill of spices and flavours to win over the judges.

"It's East meets West and it's stunningly good."

Saliha Mahmood-Ahmed has been crowned MasterChef champion for 2017.

Selected from 64 amateur cooks, the British Pakistani won over the judges and food critics with her impeccable know-how of Desi spices and Eastern flavours.

Now in its 13th Season, the MasterChef competition, which is headed by judges, John Torode and Gregg Wallace, has seen an array of different amateur cooks attempt to show off their food skills with mixed results.

Throughout the seven week period, audiences have been presented with some incredibly innovative dishes, and some very strange ones too!

Saliha has notably stuck to her guns with her Pakistani heritage, giving the “yum factor right from the very start”. In addition, she has drawn on Kashmiri and Persian influences to create dishes that are beautifully fragrant and tantalisingly delicious.

However, her MasterChef journey has not been without its pitfalls. The 29-year-old junior doctor from Watford received criticism from both Tom Kitchin and John Torode early on in the competition over her lack of flavours:

“I just thought, right, I’ve really got to up my game now. I better make myself as good as I possibly can be,” she recalls. 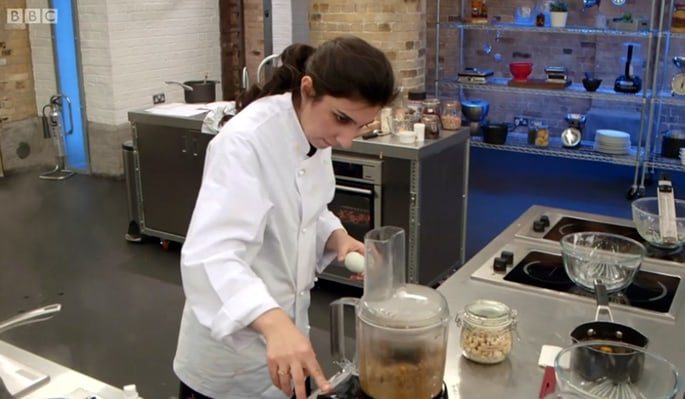 Saliha switched up her cooking techniques and began on a journey of devising some incredibly tasty cuisine. It secured her a place in the final five, and eventually the final three alongside Giovanna Ryan and Steve Kielty.

Her husband, Usman says: “I’m incredibly proud of Saliha and her achievements. I think when she first started she was in awe of everyone she was working with and she didn’t actually believe she would do as well as she has.”

Her dedication to the competition has also been impressive as Saliha would go from night-shifts to cooking the whole day.

The result has been a consistently focused and cool-headed chef in the kitchen. Even during the highly pressurised restaurant environments, Saliha proved that she could deliver restaurant standard food with apparent ease.

“This has to be one of the loveliest things I’ve ever eaten in this show. It’s just mouthful after mouthful of pure joy!”

What stands out about Saliha’s cooking is her ability to combine the familiar with the unfamiliar. She is able to add a sense of excitement to her dishes surprising both John and Greg:

“Saliha has always been able to conjure up amazing food using spices. In this competition, she has learned modern restaurant chef techniques. And those two combined have resulted in an extraordinary cuisine,” says Gregg. 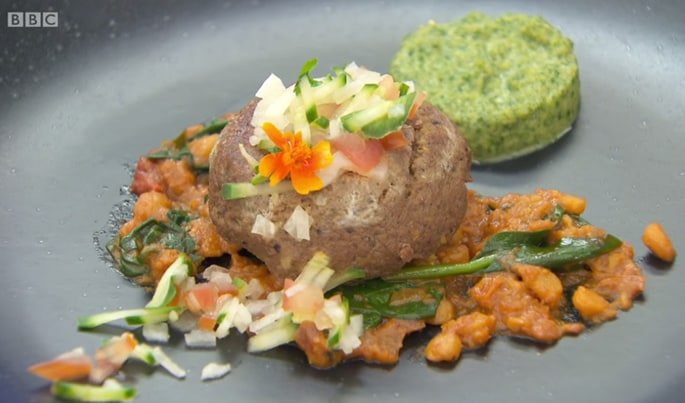 Finals week itself was an arduous affair. The cooks travelled to South Africa to cook in 40-degrees heat and then impressed at The Chef’s Table under the guidance of two Michelin star chef, Sat Bains.

The final challenge which took place on Friday 12th May 2017 saw the three contestants create a three-course meal that showcased their passion, creativity and technical skill.

For her menu, Saliha pulled out all the stops. The contestants were given just three hours to produce an exceptional three-course meal. 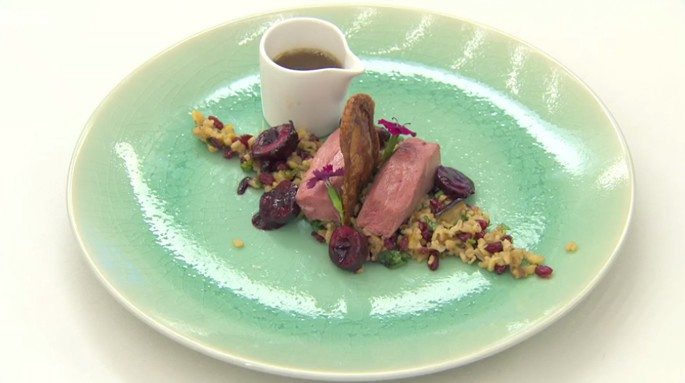 And for dessert, Saliha made a saffron pannacotta served with deconstructed baklava. While John loved the inspired creativity of the menu, Greg had reservations about how all the ingredients would come together.

But it seems the popular foodie had nothing to worry about. Saliha impressed both judges with three stunningly colourful dishes.

John was bowled over by her duck main: “I love it. Honestly, I love it. It’s this extraordinary mixture of flavours. I’m really really blown away by this, I think it’s delicious.”

By the time they reached the saffron dessert, both judges were astounded: “How extraordinary. I’m a real lover of puddings and that pudding is extraordinary and extraordinarily good.

“I expected that pannacotta to give a sweetness but it doesn’t, it tastes of saffron and a bit of cardamom.

“The sweetness comes the honeycomb and those nuts. Very extraordinary flavour sensations. I’m in love with that dessert,” said Gregg. 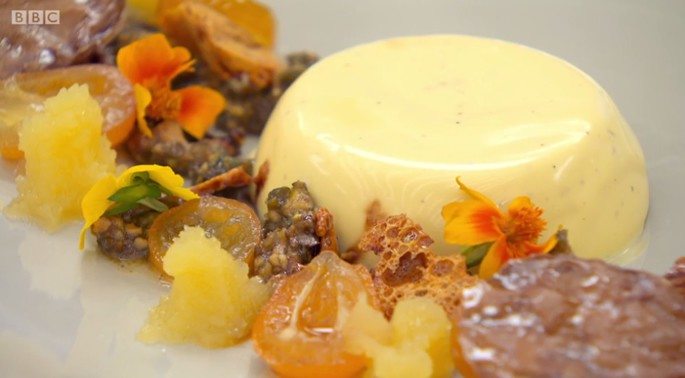 Both MasterChef judges were equally blown away by Saliha’s cooking. John appeared in awe. While straight after tasting Saliha’s food, Gregg said to her:

“Wow. Watching you step by step develop into the cook that creates dishes like this has been wonderful.”

With three faultless dishes, it seemed likely that Saliha would be in the running to win, even with the incredible menus from Steve and Giovanna. The comments alone were enough for Saliha, who later said: “I’m so chuffed that they got what I was getting across and what I thought would work. It’s just fantastic.”

In the deciding room, John said: “Saliha’s food today has surprised me. Those dishes sparkled. They were clean, they were crisp, they were refined they were beautiful.”

As the winner was announced, John became noticeably emotional, showing how both he and Greg were immensely proud of Saliha’s achievements.

Ecstatic at her win, Saliha exclaimed:

“I feel amazing right now. I can’t actually believe that this is true. I’m a scientist I’m not an artist and this is pure creativity.”

It was evident that the best cook won the competition, and what’s more impressive is Saliha’s ability to latch on to her Asian heritage and use it to create something extremely innovative:

“Saliha is a class act. She’s walked in here and taken her food and taken her culture apart and put it back together in a very modern and exciting way,” John said. 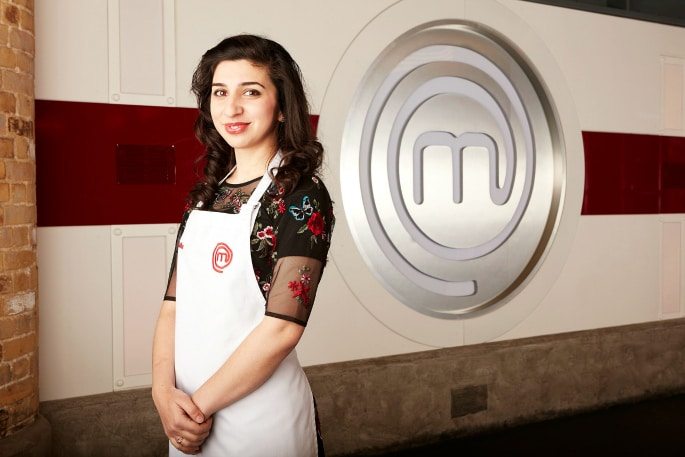 Interestingly, this is not the first time that Saliha has won a cooking competition. The junior doctor first started cooking at the age of 12 and soon noticed a natural talent after winning ‘School Chef of the Year’ at the age of 15.

Now as MasterChef 2017 champion, Saliha hopes to continue working as a doctor but use her knowledge of both medicine and food to write healthy eating cookbooks.

It’s truly a proud moment for the mother-of-one. The win by the Brit-Asian reminds us of Nadiya Hussain’s achievements during The Great British Bake-Off. If nothing else, it proves the incredible talent and determination of Asian women across the UK.