A Masterchef finalist and her husband were found dead in what is believed to be a murder-suicide. It came weeks after her restaurant was forced to close.

"these deaths are the result of a murder-suicide"

A Masterchef finalist and her husband were found dead on April 26, 2020. Police say it was a murder-suicide.

Their deaths came weeks after she was forced to close her New Jersey restaurant due to COVID-19.

Garima Kothari, aged 35, was found dead at the couple’s apartment at around 7:15 am, having suffered trauma to her upper body, indicating that she was beaten to death. She was five months pregnant.

Hudson County Prosecutor Esther Suarez said that Mrs Kothari’s death was the result of “multiple upper-body injuries and the manner of death has been ruled homicide”.

Police later received reports of a suicide attempt. Shortly after 8 am, they pulled the body of 37-year-old Manmohan Mall from the Hudson River.

Both bodies were transported to the medical examiner’s office.

It is believed that Mr Mall killed his wife before taking his own life.

“While it appears at this time that these deaths are the result of a murder-suicide, the final determination is still pending the findings of the Regional Medical Examiner’s Office.” 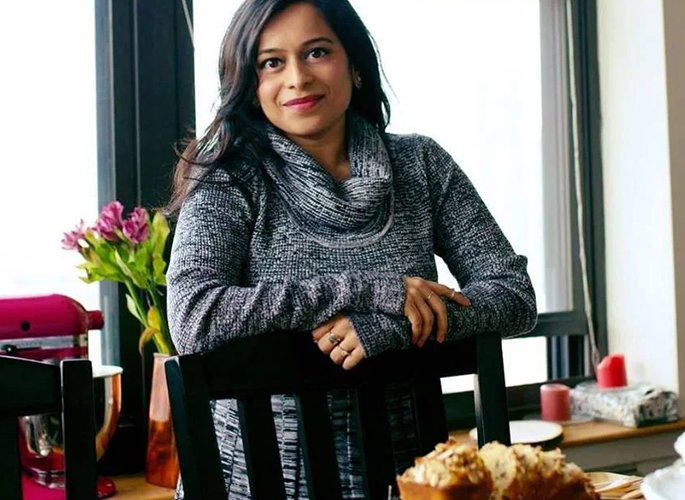 Mrs Kothari was the owner of an Indian restaurant named Nukkad, which she opened in February 2020.

However, the Coronavirus pandemic forced her to close the restaurant at the end of March.

But by April 19, Mrs Kothari announced that it would open for pick-ups and delivery orders.

She also said she would be donating meals to Jersey City Medical Centre staff and asked her followers to donate for the cause.

The Masterchef finalist added: “I would so appreciate the support of the community at this point of time.

“Existence in silo is not possible, hence I feel compelled to stay open & support my skeletal staff & be able to pay some fixed expenses.

“I completely understand the need to feel safe and secure when it comes to food, which is why my staff and I have ensured a complete sanitation of premises and we are following the CDC guidelines of operations.

“So, whenever you are feeling like picking up or getting a food delivery, think of Nukkad.”

Mrs Kothari achieved fame on Masterchef India in 2010 where she was a finalist.

She then studied to become a pastry chef in France before moving to the United States.

The case is currently being investigated by the Prosecutor’s Office Homicide Unit and the Jersey City Police Department.

Although the deaths are believed to have been the result of a murder-suicide, the final determination will be made upon the complete findings of the medical examiner’s office.

Anyone with information on Mall or Kothari is asked to contact the Office of the Hudson County Prosecutor at 201-915-1345.

Dhiren is a journalism graduate with a passion for gaming, watching films and sports. He also enjoys cooking from time to time. His motto is to “Live life one day at a time.”
Tributes Pour in following Death of Rishi Kapoor
Rishi Kapoor serenaded by Hospital Staff Member in Viral Video